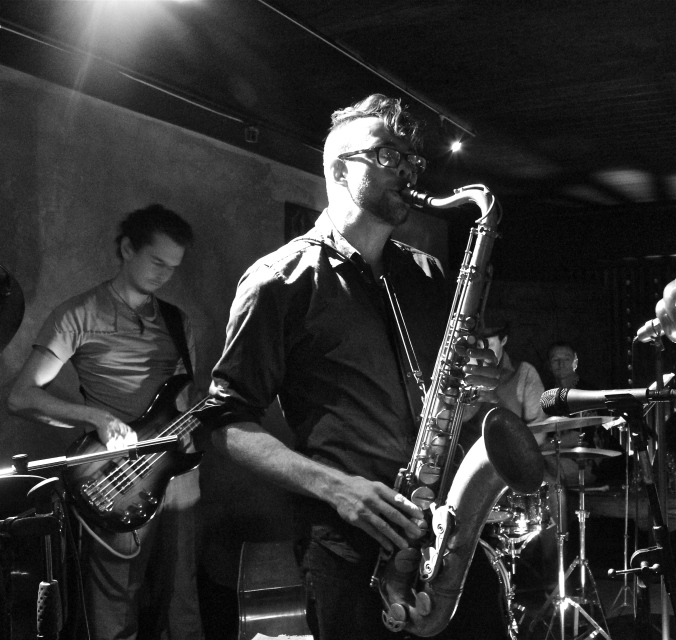 Seeing the Ottignon Brothers perform is to be put in mind of a very clever vaudeville act. There may have been more gags in a vaudeville act (well that is not strictly true) but the interaction between band and audience was honed to perfection.  The jokes were often of a musical nature and none of them missed the mark. This was great fun, highly inventive music and above all top class entertainment.

I first saw the Ottignon brothers when they were living in New Zealand and again some years later after they had moved to Australia. Aron was regarded as a prodigy on piano and I recall seeing Matt performing high wire saxophone acts somewhere. The brothers are now scattered around the globe, with Aron living in Paris and Eden & Matt based in Sydney (but gigging all over). The Australasian tour gave us a chance to connect with their new music and for the brothers it was a chance to play together again after 8 years.   The audiences responded by packing out their gigs.

Watching them communicate on stage was fascinating because they didn’t appear to need the cues that others rely on.   This apparent telepathy was advantageous to them as they responded to each other with lightning speed. The spontaneous twists and turns of the gig required them to be fleet-footed. 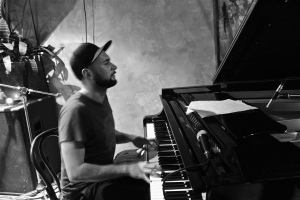 The way they had arrived at their set list was fairly post-modern and to lesser musicians it would have been challenging.  Only days away from the first gig in Australia they had put up a Facebook post; requesting ‘friends’ to nominate the tunes they should play. To be selected, each tune needed to attract at least two votes and predictably the suggestions were quirky. ‘Black and Crazy Blues’ (Roland Kirk), ‘Eden’s ukulele Song’ (Eden singing with ukulele, composed days before the gig), ‘African Mailman’ (Nina Simone), ‘Running Up That Hill’ (Kate Bush), a Medley of Sly & The Family Stone numbers, The poem ‘Trees’ which had been suggested by their Grandmother (Edwardian war poet Joyce Kilmer), ‘God save the Goat’ etc.  You get the idea.

The diversity of the material held the audience’s attention throughout, but it was their good humour and the solid musicianship which clinched the deal.

Each number was a little crazier than the last but there were a few numbers which will linger in my memory for quite some time.  When Matt played the ‘Sly and the Family Stone’ medley the tone on his tenor morphed into a deep breathy rich sound.   On ‘Its a Family Affair’ he reminded me of Pharaoh Sanders and I asked him about that after the gig.   He told me he had been taking an interest in some Ethiopian tenor players of late and that they cultivated that particular sound.  The other number that I liked was more of a novelty and that was when Matt played his iPhone using the ‘Gyro Synth’ app.   This looked easy but it is not (I know because I have the app).  Matt has played with Lou Reed, Brain Wilson and Mike Nock among others.

Throughout Aron laid down solid percussive grooves on the piano and lived up to his considerable reputation.  In Europe he fronts a group called ‘Aronas’ and is featured in a number of well-known bands.   Eden showed his chops on double bass and electric bass, but also ventured into song and ukulele as the set list demanded.   Eden is the leader of the ‘Sun Searchers Collective’.  Dan Kennedy was on drums for the New Zealand leg of the tour and Kiwi’s are familiar with his tight propulsive, energetic style.    Dan is a favourite at the CJC and they could not have picked better for this gig.

Aron pleasing large crowds in the South of France

2 thoughts on “Ottignon Bros Tour – Crazy in the moment”