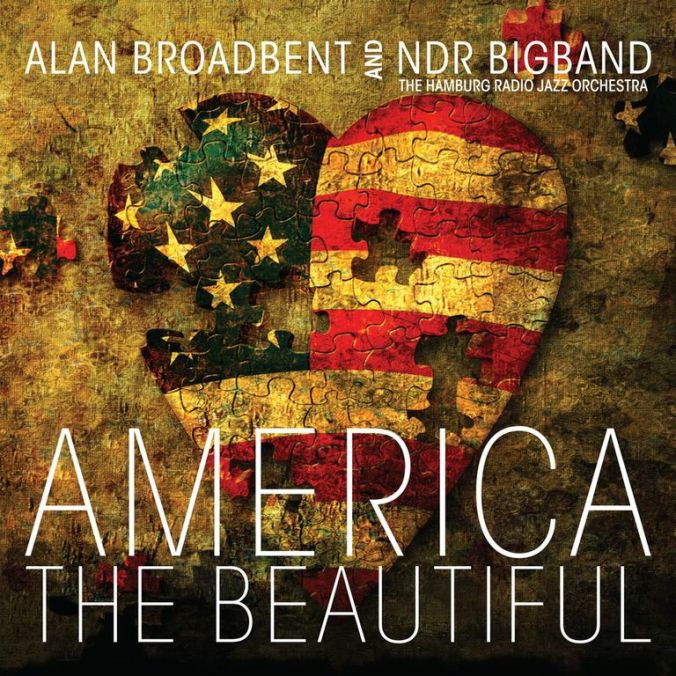 Alan Broadbent is rightly revered by New Zealand Jazz musicians, but I am not sure that the rest of New Zealand is aware of just how well respected he is overseas.  During the enthusiastic publicity about New Zealand’s high achieving young musician ‘Lorde’, the media generally overlooked the fact that we already have a two times Grammy winner in Alan Broadbent.  Not only has he won two Grammy’s, but he has also been nominated seven times.   Add to that his repeated poll winning status and his arranging work for many of the worlds most successful artists and you begin to grasp his importance in the music world.  His arrangements, compositions and piano playing with Woody Hermans Herd and Charlie Haden’s Quartet West are what he is best known for in the the Jazz world.  You can also add a long list of important collaborations (Charlie Haden, Diana Krall, Natalie Cole, Bud Shank, Chet Baker, Warne Marsh, Johnny Mandel, Quincey Jones, Henry Mancini, Sir Paul McCartney, Barbara Streisand and so on).  The LA Times named him as ‘one of the major keyboard figures of the day’ and a recent Downbeat critics poll awarded his latest album an extremely rare ‘five star masterpiece status’.

While his arrangements for singers may bring him the most attention, it is when you delve into his lessor known albums that a cornucopia of hidden treasures emerge.   An early example of just how strong his compositional and arranging skills are can be found on the all but forgotten Woody Herman recording ‘Children of Lima’ (especially ‘Far in’ – Broadbent).   To get right to the heart of Alan’s music though, you must strip away the orchestra and discover him alone with his piano in a sympathetic setting.  I refer here to the 1991 Concord album ‘Live at Maybeck Hall, Volume 14’.  This is one of the finest albums out of a series noted for its exceptional solo piano performances.  His interpretation of ‘Lennie’s Pennies’ (by Tristano who he studied with as a young musician) and ‘Woody ‘n’ I’ (a tune written by Broadbent during his time with Woody Herman ) have to be heard to be believed.  It has puzzled many a critic that such an exceptional solo album did not have a sequel. 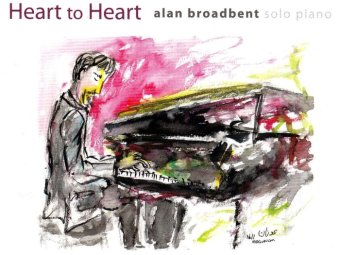 Puzzle no more because the drought’s finally over.  Last year Alan Broadbent recorded his second solo album ‘Heart to heart’ and amazingly it is even better than his Maybeck album.  While there are hints of his signature style he pays less attention to the romanticism of Quartet West; a sound that many who have not heard his trio albums like ‘Pacific time’ might have come to regard as the norm.  There is a naked truthfulness about this music, and although it is solo piano, it somehow evokes a bigger vista.   It is as if he has found a way to condense the essence of all of those orchestral arrangements into his hands.  On Charlie Haden’s ‘Hullo my lovely’  his left hand walks a bass line against probing introspective right hand lines.  As someone rightly observed this is truly ‘a conversation between two hands’.   As well as recording four of his own finest compositions; ‘Heart to heart’, ‘Now and then’, ‘Journey home’ and ‘Love is the thing’ he also puts his spotlight on tunes as varied as ‘Lonely woman’ (Ornette Coleman) and ‘Alone together’ (Arthur Schwartz).   Alan selects his standards carefully and those lucky enough to have seen him performing live will know that he also tells wonderful pithy stories about them.  It is the raconteur that informs his playing on these albums.

His most recent album has just been released and this time he’s back with a Jazz orchestra.   There is an interview with him in the publicity material and it is interesting to learn that as a pianist he did not find working with Woody Hermans Herd or any big band enjoyable.  He explains that the piano generally gets lost in big arrangements and that was not where he wanted to be.  Now years later he is guesting with the NDR Big band and obviously enjoying the process.  This album really works for him and it does so because he is in charge and can vary the dynamics to suit his tastes,  There is ample space for piano solos and his love of improvising is given free reign.

April is Jazz Appreciation Month (or in Jazz Journalists Association speak #jazzapril ) and we are fast approaching International Jazz day.  Besides attending local gigs you could purchase these albums.  Celebrating Jazz is what it’s all about and there are few better places to start than here.

What: Alan Broadbent (solo on ‘Heart to Heart’ and with the NDR Big Band)