We don’t know for certain what the album title is, but ‘The Phil Broadhurst Quintet Live’ seems a likely contender. As an award-winning artist, Broadhurst needs no gimmicky titles to get our attention. His name is enough recommendation. We had a tantalising glimpse of this latest offering last week when the public attended the live recording session at the KMC. In keeping with his recent preference for adding an extra horn, he added trumpet/flugelhorn player Mike Booth to an already talented lineup; Broadhurst on piano, Roger Manins tenor saxophone, Oli Holland bass, and Cam Sangster drums. After an introduction by his partner Julie Mason the session began – mostly new material, a few older tunes and a tune written soon after he arrived in New Zealand.  Unsurprisingly there was a good audience to enjoy the event – this guy is a legend.

The arrangements were superb and as if to underscore that, the horn players were in top form.  So in sync during the head arrangements that it appeared as if they had been playing the charts for years. They hadn’t. The tunes were melodic and memorable as Broadhurst’s tunes often are. And like all good small ensemble writing, it came across as something more expansive. Experienced writers like this know a few tricks and among them, how to make full use of an available palette.

Broadhurst put his all into this recent project and I urge Jazz lovers to keep an eye out for its release. Based on what we heard, it will add another milestone to an already impressive catalogue. As a key contributor to the quality end of the New Zealand Jazz scene and an important educator, we owe him a lot. 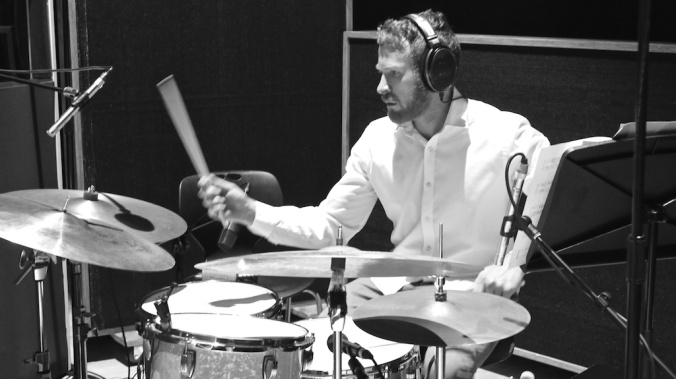