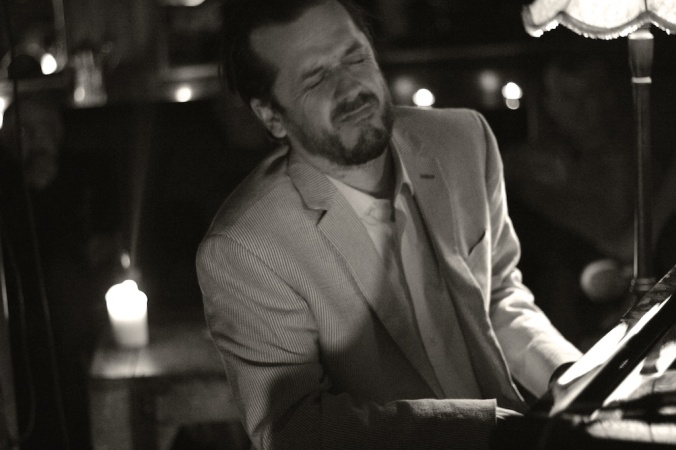 Last week was my two hundredth post and I was casting about for something extra special to put up.  Something to celebrate a rite of passage for JazzLocal32.com.  Happily I found that special something right at my doorstep.  Brooklyn based pianist Barney McAll was in town.  There are a lot of exceptional pianists on the global scene and in spite of diligent explorations on my part, there are many that I haven’t yet heard.  Barney McAll was one of those but the omission is now rectified.  He is firmly on my radar and I will track his every move. 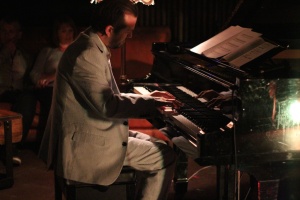 Barney McAll is an expat Australian, moving to New York in the mid nineties.   There are 104 albums and films which credit him as either leader, sideman, arranger or collaborator and the people he has worked with defy belief.   If I added all of their names here it would be a very long post, but to give you an idea of the diversity of his projects I will list a handful of his collaborators.  Dewey Redman, Kurt Rosenwinkel, Kenny Garret, Marceo Parker, Jimmy Cobb, Eddie Henderson, Vernel Fournier, Billy Harper, Josh Roseman, Gary Bartz and Andy Bey.  This guy is an established heavyweight but as if to round out an already fat resumé, his most recent activity focuses on solo piano.  He has a long-standing weekly spot at a Brooklyn church and his Sunday gig is shaping his work in interesting ways.  He is a deep improviser and his output of late has a spiritual dimension; embodying a personal journey.  Spiritual in the way that eighties Jarrett or sixties Coltrane were.

When he plays solo piano or leads an intimate trio, Barney McAll appears protean.  Changing form before your very eyes as he rolls to the music and enters into a state of absorption.  Sometimes merging with the shadows, as fleeting shards of light fall across his face and fingers.  I once read an account of a Tibetan Shaman who appeared to change shape as the wailing ceremonial trumpets and resonant sub-bass chanting engulfed him; reflecting the ebb and flow of the music.  This is how I perceived McAll.

He mostly played his own compositions, but at times he augmented these with lessor known tunes from the margins of the Jazz repertoire.  A good example of the latter was his joyful take on “Mendez takes a Holiday’ by Donny Hathaway.  Whatever he played took you to the beating heart of the tune.  McAll is like the perfect tour guide.  Pointing out the things that you should know, while leaving you at the brink of deeper secrets.  His own compositions were particularly fine, brimming with interesting musical ideas, original viewpoints, but always engaging.  There is never the slightest suggestion of noodling about his playing.  He shares his experiences and the audiences sit enthralled at every turn. 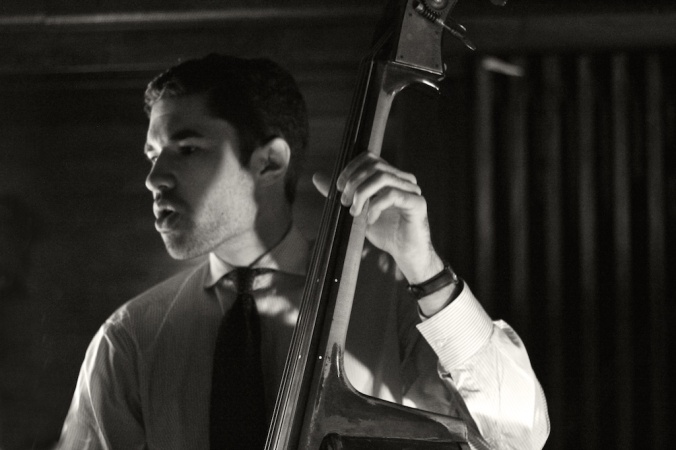 It is always instructive to watch musicians during such gigs as they hear things differently from the rest of us.   The last time I saw so many open mouths was during feeding time at a seal colony.  Occasionally someone would whisper “oh what a total mofo”.   A recent Jazz studies graduate Chelsea Prastiti said to me later, “The flow of ideas had enormous coherence.  They all made perfect sense while sounding quite original.  I wish I had thought of them”.   In the break he spoke enthusiastically to me about his new band mates Cam McArthur and Ron Samsom.   “These guys are great and they really prepare well ” he said.   He was right to praise them as they did not put a foot wrong.   He later told the audience, “Sometimes I hear the first contact with the crash symbol and I think, oh dear, this will be a long night.  This is definitely not the case with Ron Samsom”.   He also complimented Cameron McArthur, “You saved my ass twice man, and its my tune”. 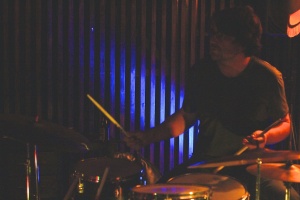 His tune ‘FlashBacks’ imparts a wistful sadness, of the sort so wonderfully portrayed in ancient Japanese haiku.  Darkly beautiful, redolent of the shadows and the play of light, chiaroscuro.  There is something about those voicings and their relationship to each other that evokes a haunting elegiac portrayal of how life is, but hinting also at how it should be.  It is humanism in its purest form.  The other composition that grabbed my attention was ‘Non Compliance’ an invective against the NRA (National Riffle Association).   In his inimitable way McAll conjures ‘Sandy Hook’ and the ghastly ever mounting toll of lost children.   This is a call for sanity in a gun-toting culture gone mad.  An expose of a strange irrational twilight world where frightened people think more guns will solve the problem.  All of that imparted so succinctly, and done over a simple pedal point.

Telling stories is what good Jazz musicians do and McAll is a very good jazz musician.  So good that a few (including me) followed him to Wellington for more. 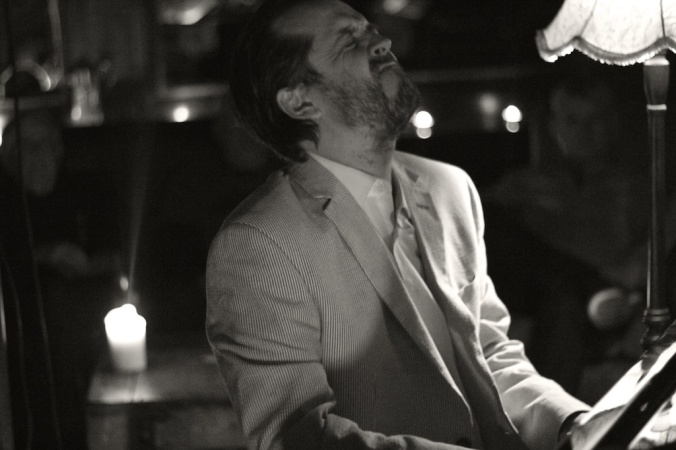