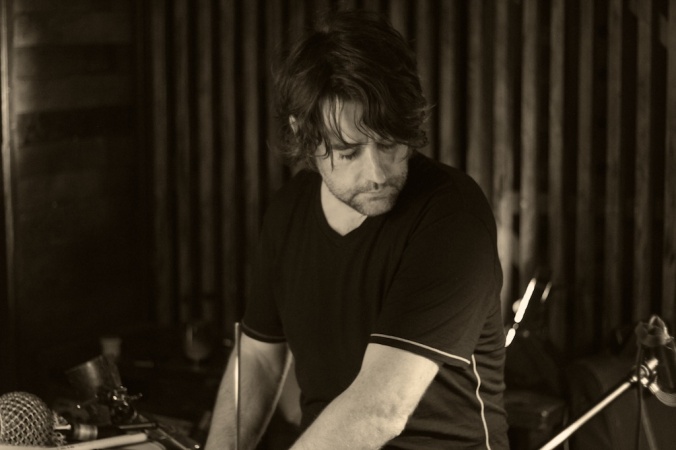 If you have seen the Neutrinos perform at the Albion you will know how intensely funky they are.   Because they are a pub band, the music is beat focussed, danceable and outrageously cheerful; making people whoop with joy at the sheer exuberance of the music.  Ron Samsom is the Neutrino’s leader and he has contributed most of the tunes. I have only recently begun to grasp the breadth and depth of his compositions.  He is as a gifted writer.  Roger Manins has also contributed some great tunes from his popular earthy funk projects.   In his inimitable way he is also shares comparing duties.  The Albion band is Ron Samsom (drums), Roger Manins (tenor), Grant Winterburn (organ) and Cameron McArthur (bass).   As a unit they are the ultimate live experience.  Grant Winterburn’s solos scuffle and sing their way into your soul, taking your breath away with their brilliance.   Roger Manins brings down the happy ghosts of the funk tenor greats, Cameron McArthur makes the music dance and Ron Samsom’s drives endless flurries of killing beats out from his kit.  Being bombarded with something faster than light and more mysterious; neutrinos.  leaving in their wake pulsing rays of warmth.  More later on that gig as I will be writing a post on the Albion Funk Jazz Neutrinos shortly.

The CJC Neutrinos while composed of the same parts approached the music from a different angle. 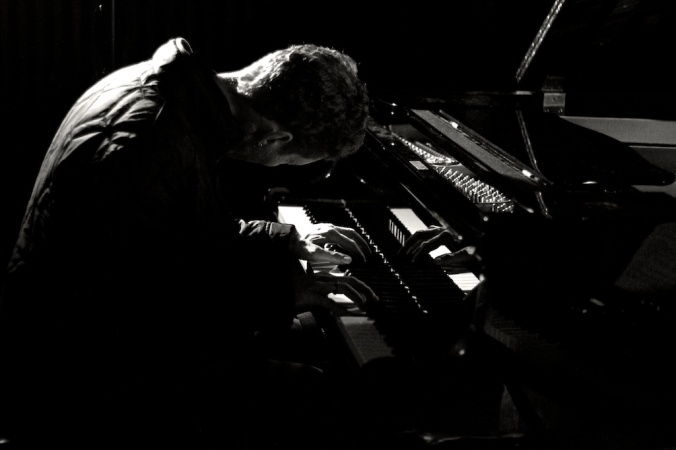 The Neutrinos lineup at the CJC was promoted as Jazz Funk (not Funk Jazz) and this offered a clue to the change of focus.  Visiting Canadian keyboard player Rob Thompson also replaced resident organist Grant Winterburn for this one gig.  Instead of the tone wheel simulating Nord C2D which Winterburn uses, there was a Nord Stage 88ex.   The sounds are very different.  Because the CJC is a listening space this opened up other possibilities; beat driven funk can follow ballads or introspective pieces.  We heard many of the tunes from the Albion repertoire, but the real surprise of the evening came when Rob Thompson moved from keyboards to piano.  He made a brief announcement and then proceeded to play two numbers strongly associated with Bill Evans.   Appropriately the quartet shrunk to a trio at this point.  Leaving just Thompson, McArthur and Samsom. 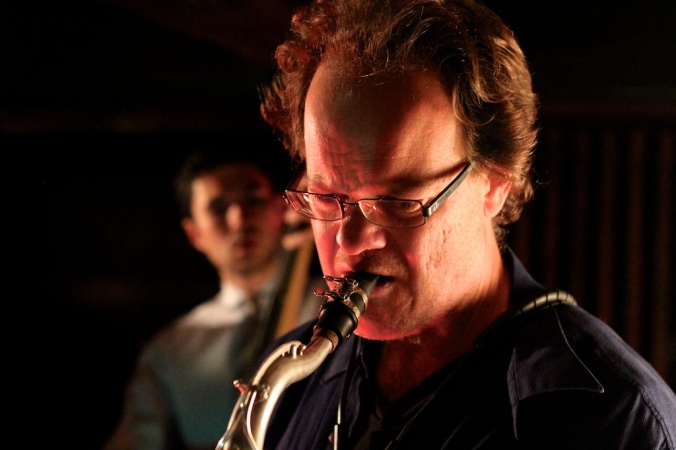 It is unusual to see anyone interpret Bill Evans these days as modern pianists tend to shy away from this material.   There are a number of reasons for this and I suspect the sheer recognisability of his style, and of his particular approach to harmony invites unwelcome comparison.   A recent exception would be the album by Eliane Elias with husband Marc Johnson (an Evans alumni).   That particular album is Evans and Elias in equal proportions.  Rob Thompson has been studying Evans for a year or so and in situations like this there is a fine point between sounding like a particular artist and strongly referencing that artist.  How to approach the tunes is the perpetual conundrum.  The first tune of two was ‘Morning Glory’ (Bobby Gentry).  It was typical of Evans to appropriate an unlikely pop tune, film theme or country & western tune and then make it his own.  In this case ‘Morning Glory’s’ country and western origins dissolved into crystalline beauty.  Quite uncoupled from the Tallahatchie Bridge and Billy Joe McAlester.

From the intro to the end it spoke of Evans without being a slavish imitation.   The voicings and the approach were close enough to Evans to evoke him, but different enough to feel that you had gained a fresh perspective.  His second Evans number was ‘Re: Person I Knew” (Evans), a tune he wrote as a tribute to his friend Orrin Keepnews of Riverside Records.  The title is a clever anagram of Keepnews name, an intellectual challenge that Evans could seldom resist.  This introspective, wistful tune is among those most associated with Evans.  It is not only Keepnews who’s referenced here, as the song contains a haunting echo of the Scott Lafaro sessions at the Village Vanguard.  I have put up a clip of this.  Later I asked Cameron McArthur if he had ever played this material before and he had not.  With Evans bass playing changed.  Chuck Israels was the bass player when Evans wrote this tune and he said, “My voice is left open because Bill doesn’t play the bass in his left hand”.  Both McArthur and Samsom responded appropriately to Thompson’s explorations and both displayed a high degree of sensitivity.  Then it was back to the quartet format and higher octane tunes: with Roger Manins playing boisterously and to his usual high standard. 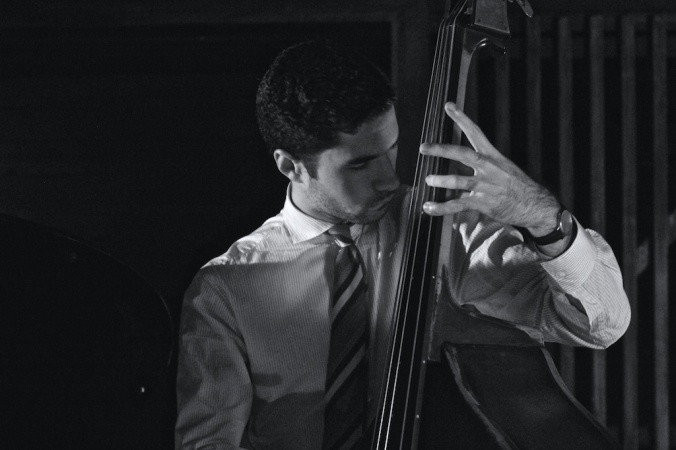 It is always worthwhile to see familiar material examined afresh and played from a new perspective.  It was not just the Evans but the Neutrino song book reinterpreted on this night.