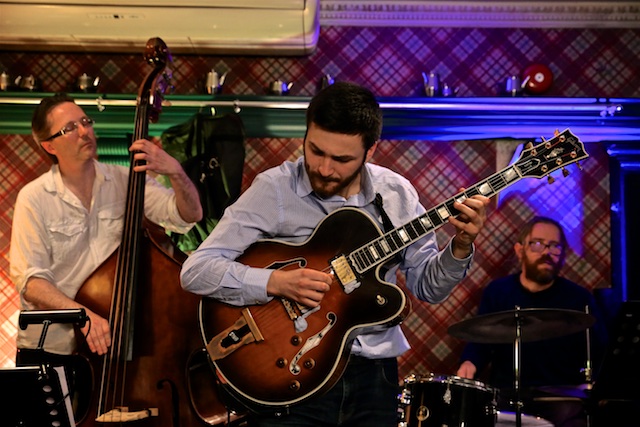 With the Indian summer lingering, March rolled seamlessly into April, and in Jazz parlance, we got to JAM (Jazz April Month). This is the month when the International Jazz community reaches out and proclaims, listen up ‘world’ we have something to say. The month culminates with UNESCO world Jazz day; last year the main celebration was in Paris, before that Osaka and Istanbul. This year the Thelonius Monk Foundation and UNESCO will hold the WJD main celebration in the White House at the invitation of President Obama.

In the first week of Jazz April, Auckland’s premier Jazz Club the CJC moved to a new temporary location. There are always anxieties when changes occur, but we needn’t have worried. The CJC (Creative Jazz Club) is a powerful brand and the audience moved with them, their enthusiasm unabated. The last Britomart gig ended on a high note, the first Albion gig began likewise. This year has seen a steady stream of important internationals on the bandstand and last week it was Rob Luft. Luft is a rapidly rising figure on the UK Jazz scene and getting him at the club was another coup. Luft is something of a phenomenon and his rise is nothing short of meteoric. As his reach increasingly extends beyond his own shores, international audiences take note: his future is rosy from here out. 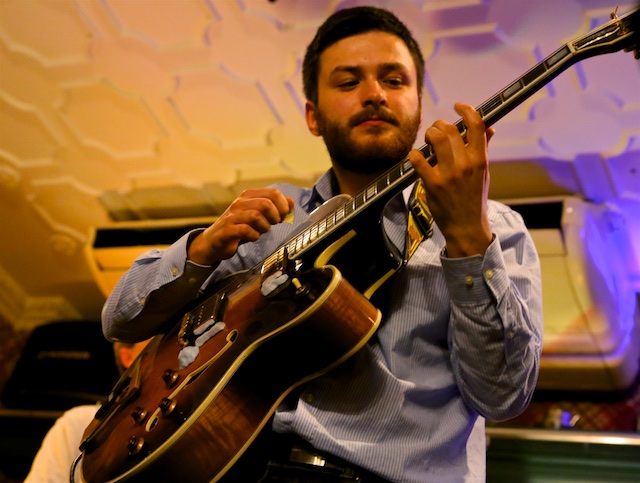 He is a different sort of guitarist and although in his early twenties, he already sounds like a member of that post-millennial cadre of improvising trend setters. As usual, I arrived during the setup and what I heard offered promise. His lines during the warm-up number were fast and furious, but the clarity of tone and of ideas, jaw dropping. As the first set began the band traversed various moods, from the Bop referencing to the reflective. Luft is a formidable technician, his fluency beyond the reach of many practitioners I suspect, but during the slower reflective numbers, we glimpsed subtly and depth. 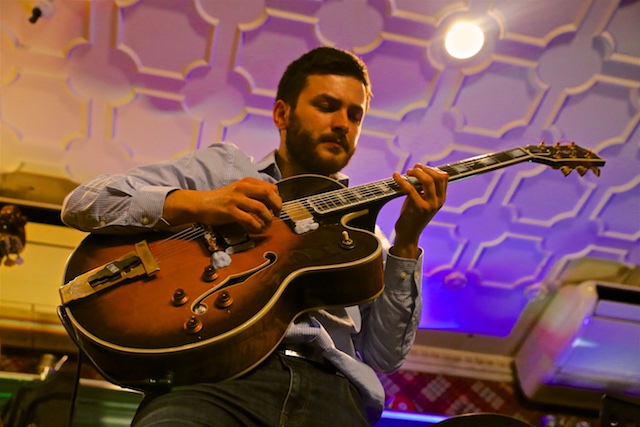 During extended periods of improvisation, he would intensify his focus; you could see it on his face as he hunched into the guitar as if merging with the instrument, mining themes until they were reborn. Occasionally I would hear the hint of a phrase or an arpeggiated effect in the upper register that made me smile. I had only heard that sort clarity and cleverly modulated sound from one other guitarist, Mike Moreno. Later when we spoke I told him that. Luft said that he was glad I picked up on that and in fact he once stayed with Moreno, undertaking a week of intense lessons. Luft’s full, clean, and cleverly modulated tone lends itself to such high-end comparisons. 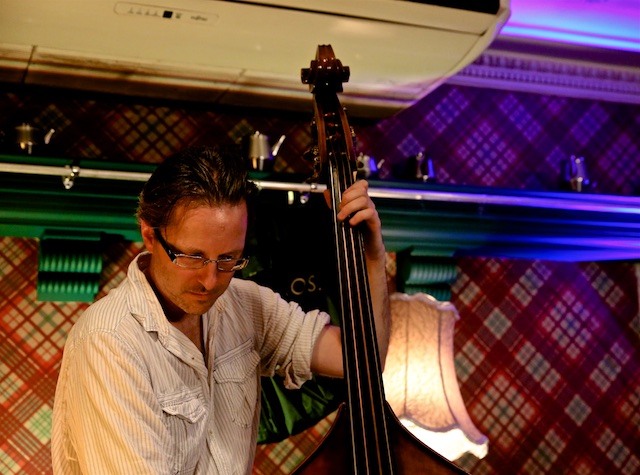 The first set brought us the trio formation, and the set list ranged from the near avant-garde to ‘world Jazz’. I really enjoyed the material chosen as there were quirky originals, and material ranging from the familiar (Gismonti) to the unfamiliar – tunes by Portuguese or Brazilian composers including a delightfully outrageous rendering of a tune called ‘The bickering of the crazy musicians’. That one brought the house down. I was also delighted with his tribute to the adventurous guitarist Derick Bayley; a tune titles ‘Derick’. Again this showcased the breadth of his influences. Whether the reflective or quirky, handled with the supreme confidence that only a musician at one with his instrument can attain. Accompanying him was Tim Robertson, an expat with a long string of impressive credits to his name in the UK. Robertson and Luft were a tightly focussed team, enhanced by the addition of Chris O’Connor for the Auckland gig.  O’Connor is endlessly versatile and ever popular about the country – from Indie Rock or straight ahead Jazz through to experimental music. He adds enormous value to any bandstand, any genre, and the choice could not have been better. 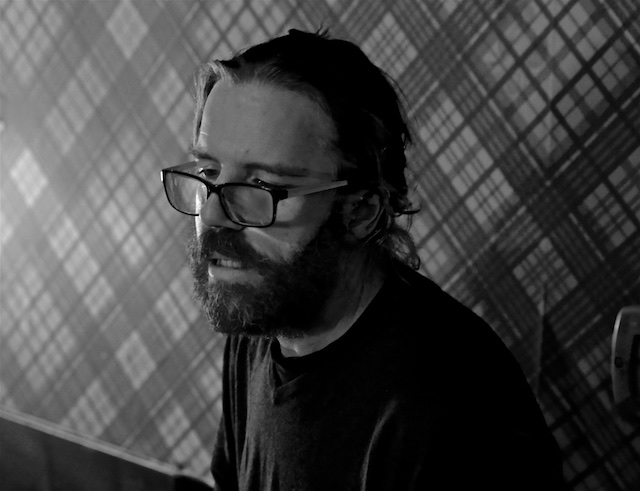 On the second set, the trio added local saxophonist Roger Manins and the tunes although standards took in a wide spectrum. Opening with a ‘groove take’ on Victor Young’s ‘Delilah’ and then in contrast diving headlong into a marvelous Ornette Colman piece. ‘Humpty Dumpty’ from Ornette’s ‘This is our Music’ was undoubtedly my favourite of the night. Everything these musicians played worked well, but this tune just bounced off the walls and had everyone whooping in delight. Next was a crazy little known Monk tune titled ‘Unidentified Monk Solo’ and lastly ‘Ray’s Idea’ by Ray Brown. From deep listening enjoyment to wild and free in one gig. 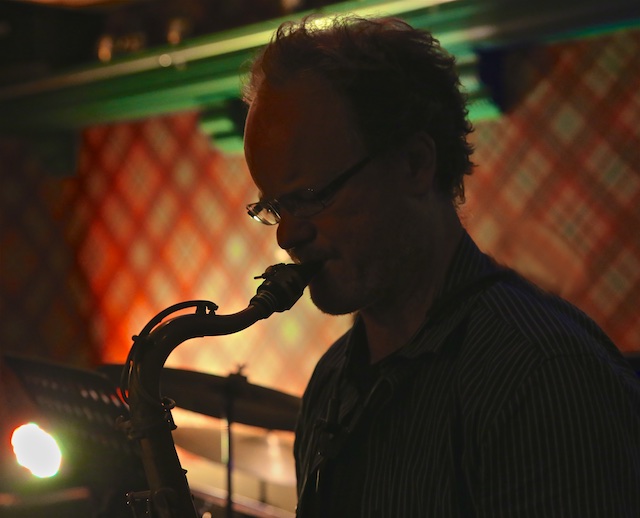 Two nights later I was watching the Sky Arts channel when a programme on guitarists came up. Then I saw him, a younger Rob Luft performing at Ronny Scotts, solo guitar, receiving praise from George Benson, recording at Abbey Road studios and winning the Jazz section of a prestigious UK guitar competition.  We sure lucked out getting this band for a Jazz April opener. The clip below is from a Ronnie Scotts gig – Rob Luft with ZiroBop – The clip  tells you everything you need to know about him as a guitarist.