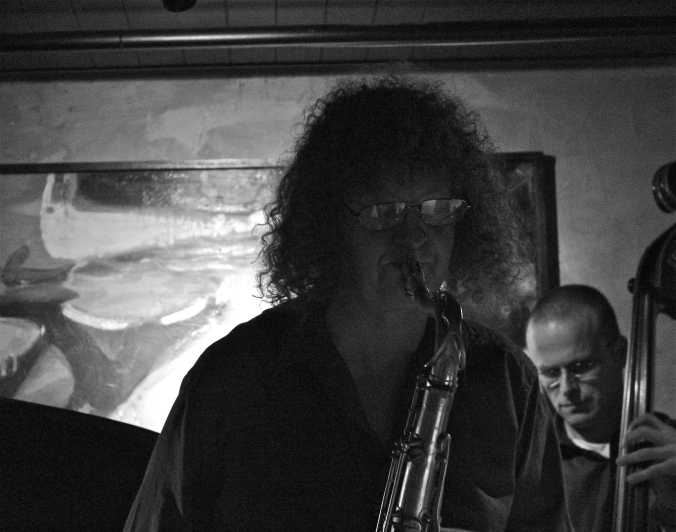 During Jazz Week it was appropriate that the Creative Jazz Club (CJC) featured a band that was in some ways a metaphor for the greater Auckland scene.   Jazz week is about Jazz in our neighborhoods but it also about how we connect to the wider Jazz community.

The co-leader of this nights band, Craig Walters has lived in Australia since 1985.    Craig has an impressive background in Jazz, as he trained at the Berklee School of Music before going on the road as an in demand tenor player.  He has performed world-wide and with top rated acts.  Over the years he has earned a place as one of Australia’s foremost tenor players.   Australia claims him because he has lived and worked there for the last 27 years, but he was actually born in New Zealand. 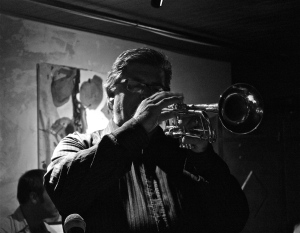 Mike Booth (trumpet player & co-leader) has a story that in some ways parallels Craig’s because he also travelled overseas and ended up working in the European Jazz scene for a decade or more.  Unlike Craig he returned to New Zealand a few years ago and since then he has been busy teaching, gigging and running a big band in Auckland.

The band was completed by a local rhythm section, Phil Broadhurst (piano), Oli Holland (bass) and Alain Koetsier (drums).   With this rhythm section in your corner the sound is going to be great and the band will back you up exactly when you want them to.  They are among our best.  As for Craig Walters and Mike Booth, they have known each other for years and this collaboration is merely an extension of their earlier projects.

Why do I consider this band to be a metaphor for the Auckland Jazz scene?  Craig Walters was born here and started playing tenor here.   I am fairly certain that there were no Jazz Schools in the city then and so he eventually ended up in the USA where he studied at the Berklee School of Music.   This is roughly the route that Mike Nock , Alan Broadbent and Matt Penman took (stellar musicians who left the Auckland scene to conquer the world).  This is what generally happens to our best and brightest but they do return.

The pianist Phil Broadhurst is a stalwart of the NZ scene but he was born in the UK and so his story is the reverse of the above.  Oli Holland is also overseas born, as he was an established bass player in Germany before migrating to NZ.  Lastly there is Alain Koetsier who is the youngest in the band.  This was his last gig in Auckland as he departs for foreign shores in two weeks.  Such is the ebb and flow of the New Zealand Jazz scene but in many ways this disruption brings benefits.  Almost all of the musicians that we lose to Australia or to the USA eventually return and they enrich us with what they bring back.  Now that we have two Jazz schools and a youthful vibrant Jazz scene in the city (and a great club), the future is promising.  I also have no doubt that the departing musicians take a special something with them which is Auckland.

Craig and Mikes band were great and as long as these ex-pat to local match ups keep occurring we will be just fine.

This gig occurred at the Creative Jazz Club (CJC)  in Auckland, New Zealand on the 11th April 2012.  Remember to keep visiting the Jazz Journalists Association (JJA) pages during the next few months as there are a number of activities that will include us. These are; the Jazz week Blogathon, International Jazz day 30th April – Jazz heroes announcement, JJA Awards in June – Auckland Satellite party.