Some die-hard Jazz fans complain that the modern jazz scene doesn’t produce enough music that sounds like that of the ‘classic era’.    This mythical era that they remember so fondly didn’t exist in the way they thought.  They forget that Louis Armstrong accused Dizzy Gillespie of playing ‘Chinese music’ and that Bill Evans was accused of not swinging.

The Jazz in any defined era has always sounded surprisingly different from the music that preceded it.   Jim Hall circa 2012 sounds nothing like the Jim Hall of the early ‘Pacific Jazz’ Era and why should he.   This is not a music to be set in aspic or to be kept in a hermetically sealed container to protect it from impurities.  Jazz is not a fragile dying art form but a vibrant improvised restless music that lives perpetually in the now.  As Whitney Balliett so famously said it is ‘the sound of surprise’. 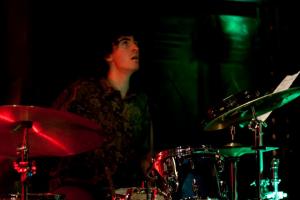 On Wednesday 25th April the CJC (Creative Jazz Club of Aotearoa) featured pianist Kevin Field as he promoted his ‘Field of Vision’ album.   Being a fan of Kevin’s, I had been quick to obtain a copy of the album and I was delighted by what I heard.  This was music with a deep groove and an unmistakable pulse.  The banks of synthesizers, the singers and the electric bass lines had given it a distinct Soul Jazz context.  Out of this came a series of mesmerizing grooves, which engulfed us in a way that made definitions quite meaningless.  As the band played at the CJC we sunk happily into a warm vibe that made the Autumn night seem very far away. 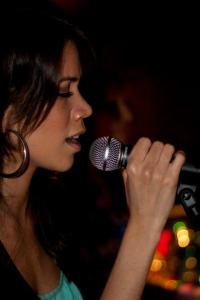 The club gig kicked off with ‘See Happen’; a number that drew us deeper and deeper into a vamp while figures on the piano created a pleasing filigree by way of contrast.   The next number ‘imaginary friend’, opened the vistas wider.  On the album this was especially noticeable as the Steinway Grand, Fender Rhodes, Prophet T8 and Roland Jupiter 8 worked beautifully over the four piece string section

It had an almost cinematic feel to it and I could not help but be reminded of the work of Creed Taylor’s CTI label.  Instead of CTI’s Don Sebesky this album had utilised the services of Wayne Senior who arranged the string section.   The first airing of this material had been in the Kenneth Myers Centre and it was therefore fitting that Wayne Senior had been involved as his connection with the KMC goes back a long way.

The album was produced by Nathan Haines and his handiwork is evident throughout.  He plays alto flute, an ARP synth and is credited as co-composer on 4 of the 11 numbers.  The rest of the numbers were written by Kevin and they are probably his best work to date.

The band that Kevin brought to the CJC was a smaller unit than on the album and that is just as well because the club was packed.  A small club has a very different sound to a recording studio and the warmth and intimacy is the obvious benefit of being in that space.   When you buy the disk (and you should) you will notice a broader sound palette, a bigger line up and a crisper sound.  Both experiences are complimentary and anyone attending who has also purchased the album will count themselves lucky.

Stephen Thomas had been brought in as drummer for the CJC gig and he had sweetened the deal by a congratulatory email that he sent to Kevin after the initial release.   “Man those were some sick grooves” he had messaged.  Kevin immediately confirmed him as right drummer for the gig.  Stephen is a terrific drummer and the choice was a good one.

Once again we saw Dixon Nacey perform and as always we watched open-mouthed.   This man is so good that it is frightening.  Completing the lineup were guests; Nathan Haines, Marjan Gorgani and Clo Chaperon (the latter had great soul voices).   All added something essential to the rich mix and in Nathan’s case this is only to be expected.

I would also like to mention Karika Turua.  He played a big Fender bass and his grooves although loud, were as big as his guitar.

There were a few quieter piano passages as well and on these we hear the crisp touch, the harmonic exploration and the crunched chords that have become so familiar to us in Kevin’s playing.  Kevin has many fans in New Zealand and most will have heard his previous piano trio album ‘Irony’ (Rattle Records).  Although different I would regard both as essential purchases as we follow Kevin Fields career.

This album can be purchased in any major record store or for more information contact ‘Haven Music’ a division of ‘Warners Music NZ’.