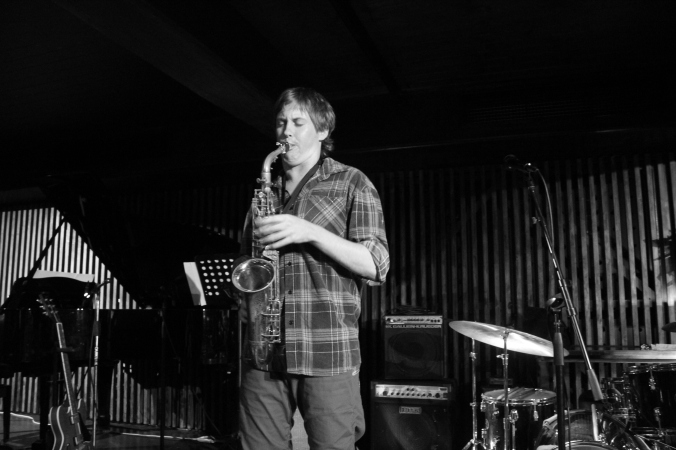 Wednesday 18th July was a double bill and the first up was ‘The New Collective Experiment’ – Adam Larson (alto), Ross Larson (electric bass), Frank Conway (drums).   The band had stated their intention from the first few notes and having marked out their wide open territory they dug deep.   The act was billed as ‘creating music out of the moment’ and that is exactly what they did.   The saxophonist spun out a kaleidoscope of images while the bass and drums responded.  The strength of the Alto brought it to the forefront and while the interplay was a little less even during the longest pieces, the horn held the focus.   There was one number at the end of the first set in which Dixon Nacey was invited onto the bandstand.   Having Dixon on the bandstand will ultra enhance any performance. 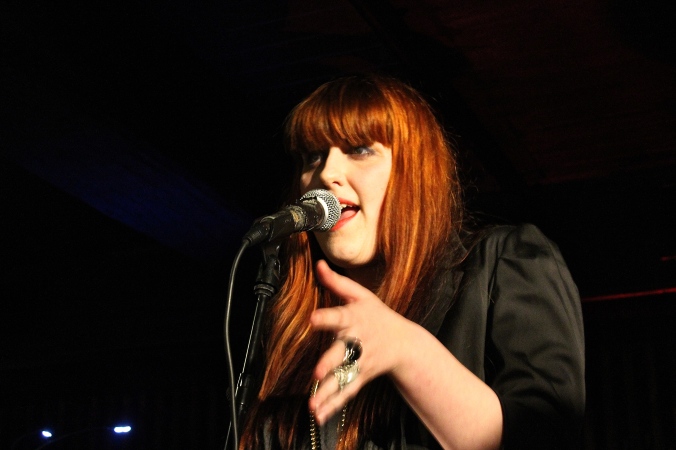 The second act on the billing was the Rebecca Melrose band (an octet).   This was her first CJC gig as leader.   Rebecca (vocals, leader) gives Jazz numbers a hint of soul.  What quickly becomes evident though is her preparedness to confront more challenging Jazz material unflinchingly.   Like a number of young singers she can scat with ease and it is during these moments that her inventiveness comes to the fore.  I was intrigued by the choice of material which ranged from the easy-going to the braver forays. A case in point was the wonderful ‘Zhivago’ by Kurt Rosenwinkel.    She had wisely chosen to do this number as a duo with Dixon Nacey.

If you can’t get Kurt Rosenwinkel to fly in then go straight to Dixon.   My god he was wonderful and his fans in the audience were delighted to hear him eating up the changes of this deceptively complex song.  He knew just where to place those chords and when to back off.   Rebecca knew that she had a unique situation on her hands and she responded extremely well.    This is the clip that I have put up (especially after a number of people in the audience emailed me their wish lists).  The sound in the clip is a little guitar heavy but that is the fault of my HD Video equipment.  It was more balanced in reality.  This is a new standard for those with the chops to take it on.  I really liked the lyrics but had never heard them before – I learned that Rebecca had penned them and that all other compositions were hers. 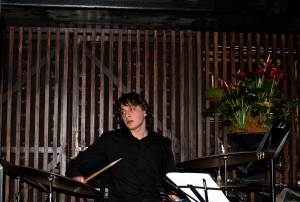 The octet created a nice rounded sound and when they hit the sweet spot it was a joy to listen to them.   I have heard the Bass Player Eamon Edmunson-Wells and the drummer Jared Desvaux de Marigny before and they both impress.   Jared appears capable of fitting into many diverse situations and he managed this one with consummate ease.   Liz Stokes on trumpet is also a frequent performer at the CJC.   The remaining band members were: Ben Devery (piano), Manaf Ibrahim (guitar), Scott Thomas (tenor sax).  The venue was the Creative Jazz Club of Aotearoa (CJC)