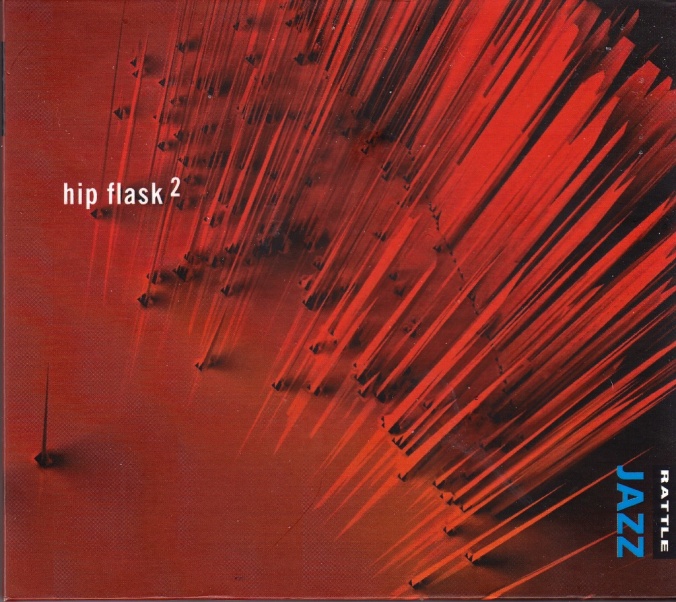 Sometimes you just get lucky; being in the right place, at the right time, when something special is about to happen.  In 2013 that something special was the Hip Flask 2 project.   Roger Manins conceived of the second Hip Flask album while he was staying with band member Brendon Clarke.  The other band members quickly indicated their enthusiasm and the project had begun.  Once underway the need for fresh compositions and a host of other practicalities needed sorting.   Around that time I was talking to Roger Manins about the successful ‘Dog’ project, and he told me about ‘Hip Flask 2’.

Knowing that I had been planning a trip to Australia he said. “Why don’t you spend a day with us in ‘Studio 301’ and watch us record?”.  No second invitation needed, I did just that.  There is something special about watching a good band at work, taking a project from conception to completion.  Seeing them from inside the recording booth as new ideas and interesting charts coalesced into magic was fascinating. 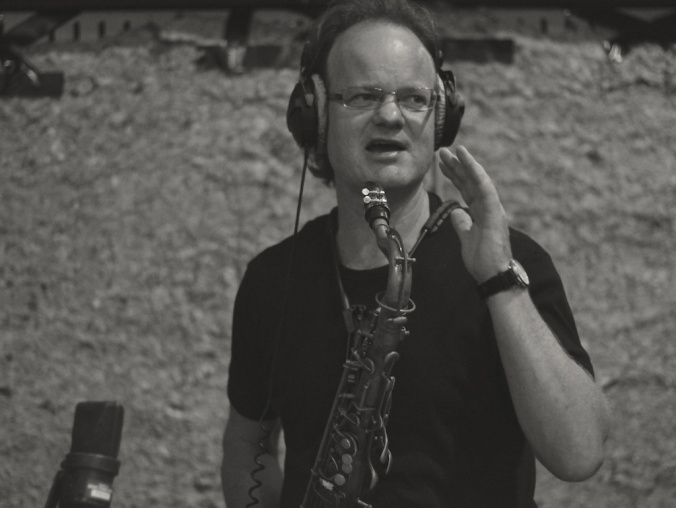 Now almost a year later the album is out on ‘Rattle’ and the band is on the road.  To add some additional icing to an already rich cake, ‘Ode Records’ suggested that ‘Hip Flask 1’ be included with the new album.  The original album is still widely sought after but it is sometimes hard to get.  Everyone jumped at the opportunity and ‘Rattle’ quickly changed focus to create a double-album cover.  As I had taken a number of photographs in the recording studio I decided to offer them to the band, just in case there was a use for them.  To my delight many of these were utilised in the cover art.  To be a small part of a project like this is a joy. 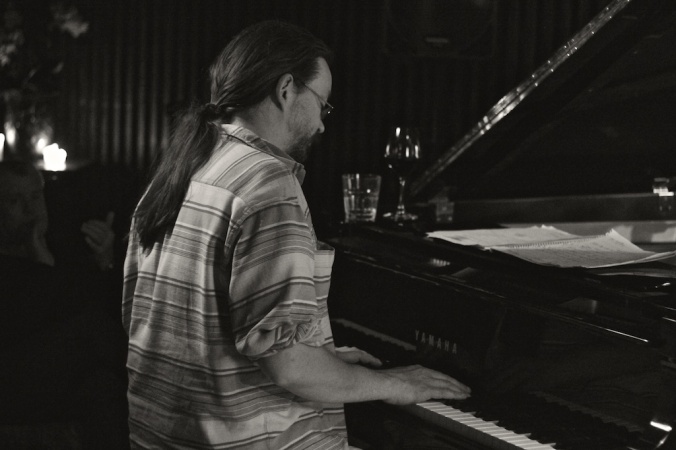 As you would expect, a band on the road is a lot freer than when in the studio.  There is more room to develop ideas and there is an immediacy which occurs in a no-second-take environment.  Both manifestations are extraordinary.  The Stu Hunter tune ‘revolution’ is a good case in point.  It just begs for piano and Hammond to stretch out.  Live they do this, the musicians all extending their reach.  Manins stratospheric lift-offs into harmonics become imbued with keening cries of ecstatic soulfulness.  Hunter (who comps sparingly and soulfully during others solos) weaves his solo right around the beating heart of the music, while Adam Ponting sermonises on the meaning of the blues.   Because the band have a history together they are well accustomed to each others moves. 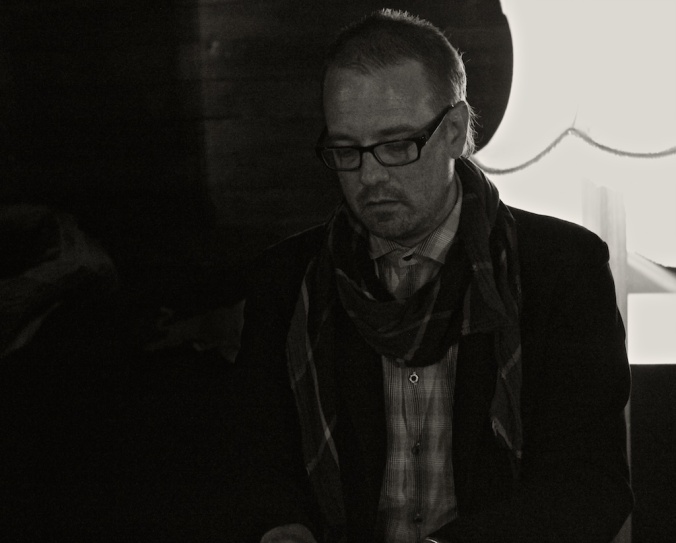 It is unusual to have both C3 (or Ace Tone) and piano in the same funk unit.  Musicians of lessor calibre than Ponting or Hunter would be unable to keep out of each others way.  They not only manage it well, but make the pairing of the instruments sound natural.  Hunters soulful grooves are nicely contrasted by Pontings approach which is often unexpected.  He is an interesting pianist to listen to, often using atypical voicings.  He is equally interesting to watch.  He sits comfortably erect yet close to the piano, his hands spread flat over the keys, Monk like.  Bass player Brendan Clarke is at a sweet spot in the mix.  He never over plays, but his strong lines impress as does his perfect time sense, never more so than during ‘Bennett’s Radio Blues’.  Drummer Toby Hall rounds off this band of heavyweights.  His absorption clearly on show as he sinks trance-like into the polyrhythmic grooves.  I often wonder whether bass face trumps drum face or B3 face.  Drum face was the winner on this night.  Someone in the audience muttered excitedly at one point, “holy shit that is totally a real Jazz drummer”. 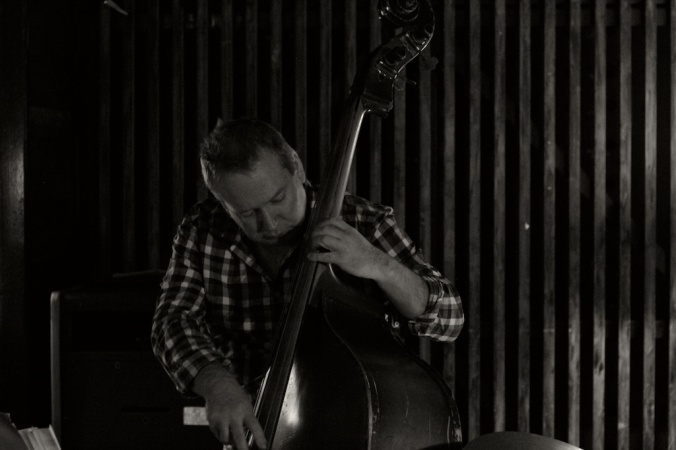 I like so many tunes on this album but I suppose that it was ‘Lancelot Link, Missing Chimp’ that made me smile the most with its otherworldly Yusef Lateef vibe.   Anyone who was a child or who raised a child when Lancelot Link graced our screens will be chuckling at the happy remembrance; and on a key challenging penny whistle to boot. 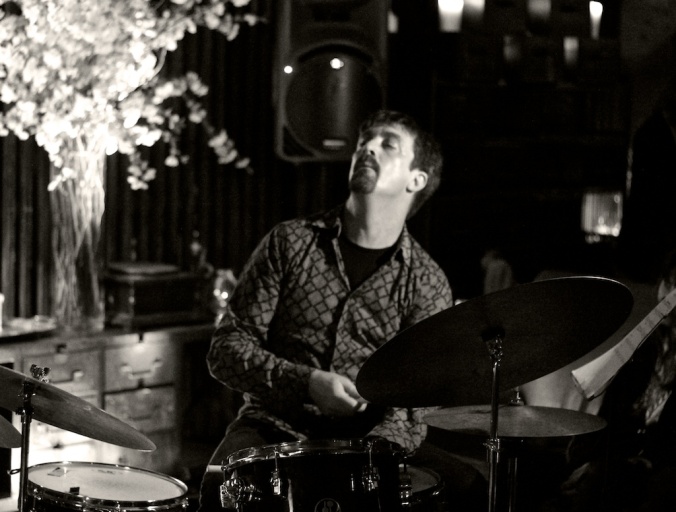 It is to the credit of Auckland University that they gave a grant for the Hip Flask 2 project.  Rattle records must also be praised as they have become the standard bearers of quality Jazz in this corner of the world.  The final credit goes to Roger Manins for rebooting this important piece of funk history, blowing with all his heart and above all for sharing the journey. 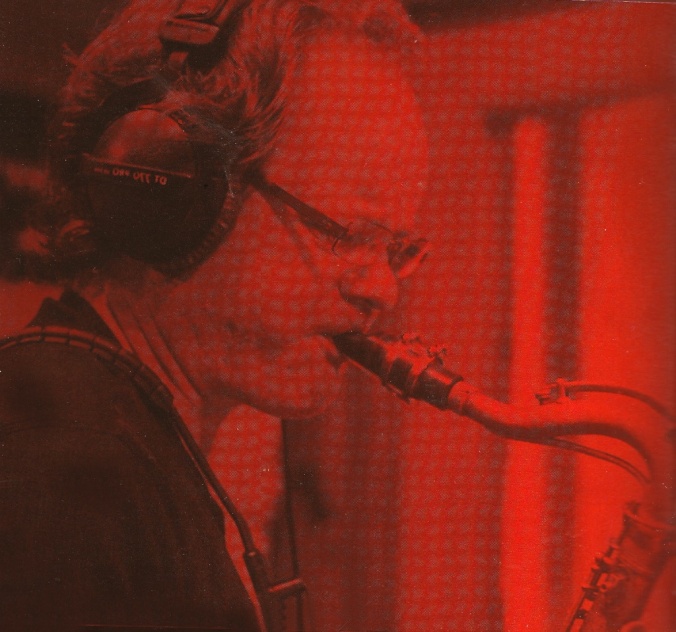 For my related post on the day I spent in the 301 recording studios in Sydney, search for ‘New Year 2014 The Fabric of Creativity’ on this blog site