It has been a while since Julie Mason performed as leader. Mason is a pianist/vocalist who over the years taught and influenced a number of younger musicians. After a difficult few years battling health issues she has now started performing again and her new project titled: ‘compositions by piano playing Jazz Musicians’ is what she brought to the CJC. Most of these tunes are not standards in the American song-book sense and so they often lack wider recognition. That’s a pity because the tunes written by these musicians are some of best to come out of the last 90 years. It is always good to delve into this material.

A perfect example of a composer/performer who deserves wider recognition is Enrico Pieranunzi. He is all too often overlooked outside of Europe. This formidable Italian improviser has performed with artists like Charlie Haden, Art Farmer, Kenny Wheeler, Chet Baker, Jim Hall and dozens of others. His output stands favourably when compared to the finest of the American Jazz issues.  Of particular note is ‘Live in Paris’ and ‘Don’t forget the Poet’. The latter is a tribute to Bill Evans. Mason performed the title track from that album beautifully. She captured the lyrical quality of the piece.

she has performed with these musicians for many years; Lance Su’a (guitar), Alberto Santarelli (bass) and Frank Gibson (drums). Her partner, the well known Jazz Pianist Phil Broadhurst sat in while Mason did a vocal number. The set list was split between vocals and instrumental pieces. The number Broadhurst accompanied her on was the fabulously evocative ‘The Peacocks’ (Jimmy Rowles/Norma Winstone). It is one of those tunes that is so aligned to Evans and Rowles that musicians tend to shy away from it. That’s a pity in my view: it was nice to hear it performed live. Other artists featured as sources were Chick Corea, Herbie Hancock, Billy Childs and Jacky Terrason. 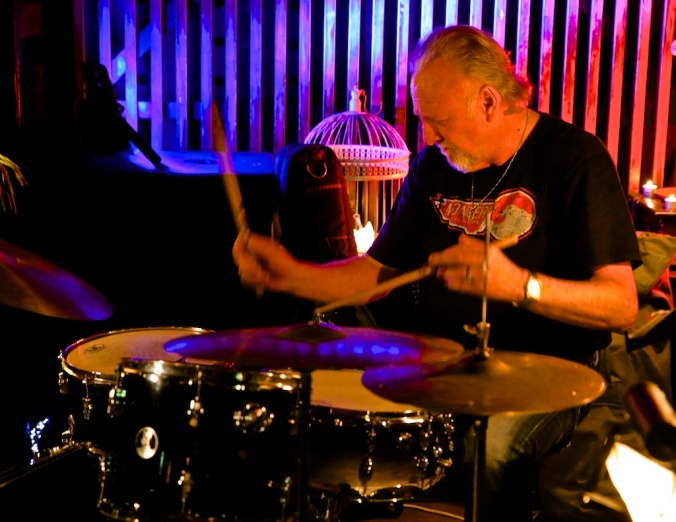