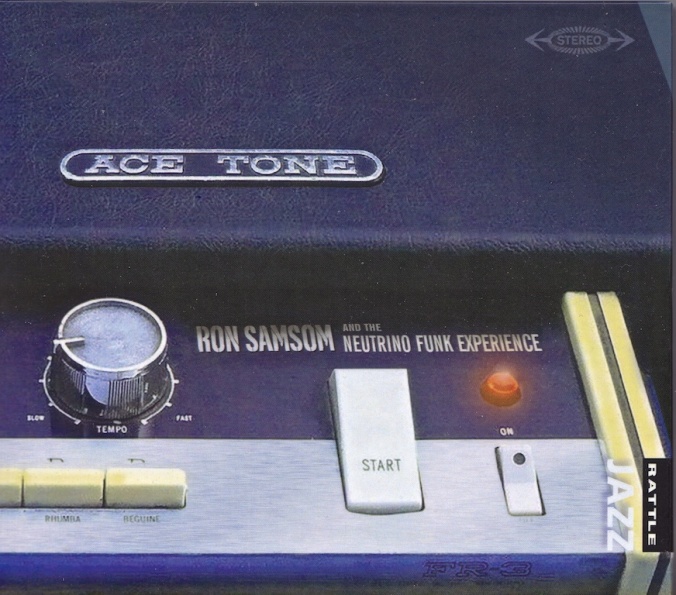 Ron Samsom’s Neutrino Funk Experience ‘Ace Tone’ album has so much up front punch that that a warning is needed on the label. It is an album that grabs you by the lapels and demands your attention. As you listen it transports you to a world of joy. The album and the live band exudes a vitality that enters through your pores, pulsing through your body like the wild blood of extreme youth. Try as you may, it is impossible to keep still as the rhythms consume you limb by limb. While the album brings historic musical references to mind, it is very much of the present. This is Jazz Funk at its very best. 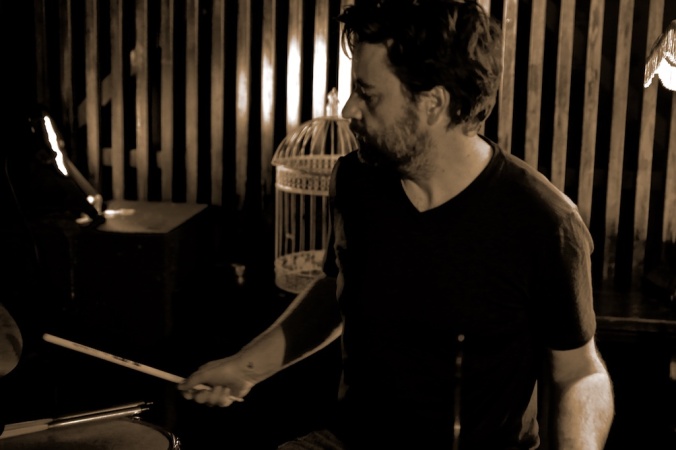 There is cleverness aplenty in the album, but that’s not what it’s about. The pulse, punch and danceability are the draw cards. The tunes let each listener glean their own references. During the album launch someone said, “Oh wow that takes me back to Deep Purple”, while others talked of the Jazz funk gurus like Herbie Hancock, Eddie Henderson and Jimmy McGriff. What ever references people heard, one thing is for certain. This band updates 70’s Jazz Funk as few other albums do. A lifelong fan of the classic genre observed, “few classic 70’s funk albums actually sound as good as this”.

There is a hackneyed saying that states; good Rock music is simple music made to sound complex and good Jazz is complex music made to sound simple. That brings me to Samsom’s compositions. Samsom joked that the tunes were so simple, that anyone who couldn’t learn them in minutes was wrong for the band. While the heads are often simple, the weave of the music is not. These tunes are skilful constructs and the subtle shifts and turns are deeply nuanced. The writing allows for open-ended improvisation and soloing, while never letting the over-arching themes subside (e.g. the single bass note and organ chord dominating ‘Simple Facts’ or the catchy closed loop melody line played on bass in ‘Other Brother’). Driving everything like a powerful locomotive is that amazing back beat. There is no mistaking the leader. Samsom is authoritive. 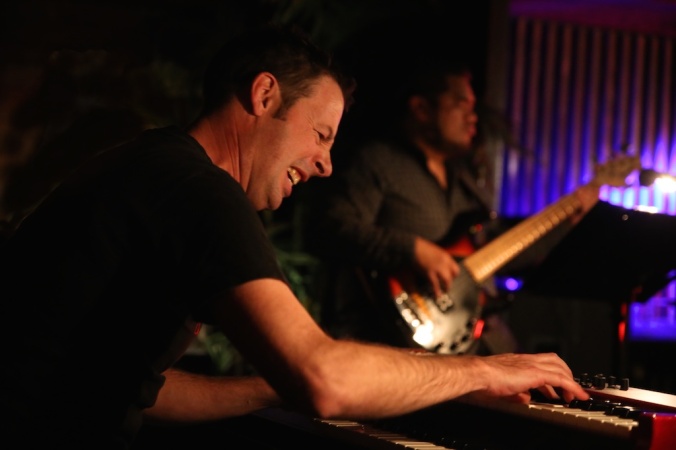 Material like this needs highly skilled and experienced musicians in order to extract the maximum advantage and that is exactly what Samsom got. This is an alignment of talent that works so well that they must surely build on their success.  The Neutrino Funk Experience formed in 2014 and started doing regular gigs at Auckland’s Albion in the central City. The word soon got around and one by one we drifted down to see them. The band stood-out from the first day and the disbelieving expletives from experienced musicians confirmed what our gut told us. These guys were total ‘muthas’. 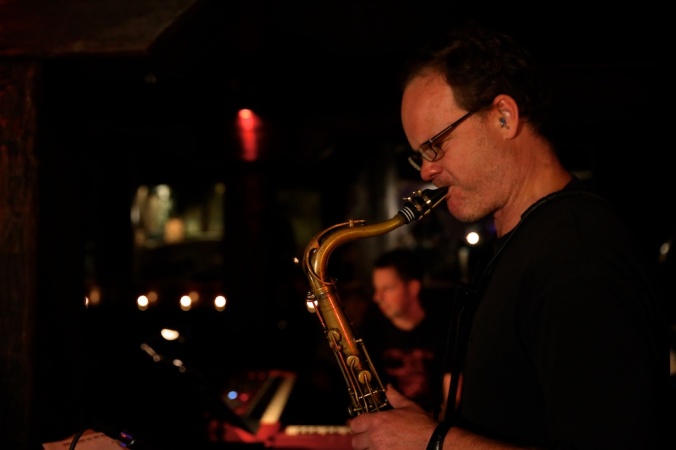 Roger Manins always sounds great but he has excelled himself here. This brand of earthy down-home funk is a natural place for him and his own funk albums reinforce that view. Manins just tears the place up on these sessions and it would be hard to find his equal. There are times when he apparently defies gravity, rising to his toes and abandoning self to move inside the music. These are moments of pure Zen and I watch for them now. Man and instrument becoming one and out of the bell streams a cornucopia of sound, distilled from the human experience. From the otherworldly wails to the gentlest urgings you recognise Manins uniqueness. Organist Winterburn said of him, “Working with Roger is perfect for me. He’s such a rhythmic saxophonist”. Coltrane, old school funk, ballads and modern edge; it’s all there in the sound.

Grant Winterurn is another extraordinary talent and a fully formed musician. He can talk engagingly on anything musical; complex theory, Bill Evans, Kieth Jarrett, Rick Wakeman, Brother Jack McDuff or Schoenberg. Securing him for this unit was a masterstroke. He is a busy working musician and consequently we don’t see enough of him on the scene. When he does appear an audience follows; he has admirers everywhere. He is not only the consummate organist, pianist and keys player but a great showman. When a C3 or B3 player sits at the keyboards lumpen it feels plain wrong. There is no chance of levelling this criticism at Winterburn. He is delightful to watch and to listen to. Few keyboardists are better able to co-ordinate limbs, groove and flourish like him. Like all improvisers he creates maps of sound in his head and the logic of his solos draws on his wide musical knowledge.

On the album we have Cameron McArthur on upright bass. Even before leaving the UoA Jazz school Cameron was punching well above his weight. I would describe him as an instinctive player. Knowing where to place his lines and always strongly supportive of other band members. He quickly became a fixture in quality rhythm sections and visiting artists praised him. After a trip to New York to check out the scenic he picked up some work in cruise ship bands. By happy coincidence they had cut the album prior to him leaving. So punchy are his bass lines on ‘Ace Tones’, that you think he is playing an electric bass. In his absence Samsom hired Karika Junior Turua for the launch gig. Again this was a good choice. This time we did hear an electric bass and as Turua has experience with Jazz funk, the transition from upright to electric bass was seamless.

Lastly there’s the album art work and the recording credits. Who ever created the cover design and layout must feel pleased; they did an amazing job. The presentation tells the ‘Ace Tone’ story perfectly. My friend Iain Sharp and I were involved in the project as liner notes providers.  As requested we contributed poems. It is rare (but not unheard of) for an album to use poems instead of the standard liner note blurb. I really hope that this trend continues for selfish reasons. Contributing something to an album like this is pure pleasure. The recording and mixing took place at ‘Roundhead Studios’ in Auckland and the mastering at ‘Turtle Tone Studios’ in New York. The album is out on Rattle Jazz where the best of original New Zealand music lives.

Having documented the band from their first gig, I have long felt a stake in this project. The finished album is surely not where this story ends; music of this quality deserves a sequel. Ron Samsom is an intuitive multi-faceted drummer and gifted composer. He is program coordinator at the UoA Jazz school. (if you haven’t already done so check out his and Manins contributions on the award-winning DOG album).

Purchase at leading record outlets or directly from Rattle Records

For the poems look in the JazzLocal32.com page ‘Jazz as Poetry’