Last Wednesday the CJC took a step towards Robert Glasper’s ‘Black Radio’ project. At the time of its release the Glasper project shocked a few purists and delighted many others. It all depended on your point of view and your understanding of Jazz history. That particular album brought the ‘now’ of the urban streets into a Jazz recording; rap and urban soul coexisting with jazz keyboard harmonies. It is surprising that it shocked anyone! Surely this is an old story in the retelling. It is not hard to find earlier examples. George Russell’s ‘New York N.Y.’ and Gil Scott Heron’s output spring to mind. Words as poems, wordless vocals and instrumental Jazz are inextricably linked and always will be. Siobhan Leilani brought a Kiwi version of that to the Jazz club and we loved it. It felt in place and the nimble-footed danced. This constant reconnection with the streets is an essential part of our music and we forget it at our peril.

The first set to play was the Andy Smith Trio. Smith has played at the club as sideman a number of times, but it has been quite a few years since he brought us a project of his own. I have always enjoyed his slick guitar work and especially when he plays with an Alan Brown band. This gig was different as it reached deeper into the modern Jazz guitar bag. Smith has always used pedals convincingly but this time he dialled the effects right back. This was a purer form of modern Jazz guitar and in taking that route the music must stand on its own. It did. I like his approach to harmony and his compositions are compelling vehicles for improvisation.

The gig undoubtedly benefitted from having the gifted Stephen Thomas on drums.  While a regular in the club it has been a few months since we saw him. Thomas is a drummer’s drummer and he can tackle any project and shine. He constantly pushed the others to greater heights and his solos were tasteful, un-showy and tightly focused. The bass player Russell McNaughton was new to me, but I will be mindful of his presence in future. I particularly liked his arco bass work on ‘The Gypsy’s Dress’. The first number ‘CJC’ (Smith) was a good opener. There were plenty of meaty hooks to reel us in and an ever radiating warmth to dispel the chill rain outside. When they played a tune named ‘Awakening’ I recognised it instantly, but couldn’t recall where I’d heard it (or which group played it). It is actually an older tune of Smith’s and I had remembered it from three or more years ago. Again a solid composition and the fact that it had stuck with me after one hearing underlines that. A very nice trio. 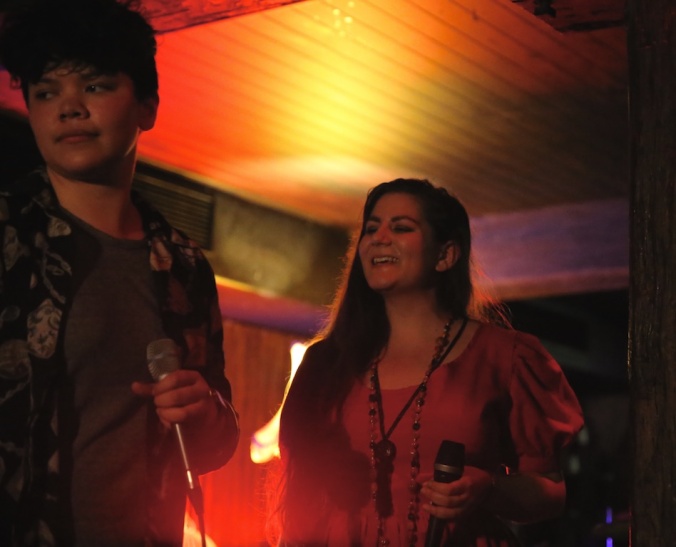 Siobhan Leilani (Siobhan Grace) is an interesting musician and one I hope we see a lot more of. Her association with the UoA Jazz school has yielded dividends. She utilised the services of former and current students for this gig; her guest Chelsea Prastiti most notably. There is an inherent risk in putting a soulful Jazz rapper together with an experimental improvising vocalist. The risk was well worth taking. These two feed off each others energy on up numbers and a force field of ‘happy’ seemed to emanate from them. The opening numbers were more in the soul/Jazz idiom and these were compelling in very different way. The lyrics spoke of angst and identity and this worked well for Leilani. What impressed me most was the authenticity. The language and sentiments were honest; heart-felt and purely ‘street’. I am only sorry that she was not a little louder in the mix (when it comes to vocals my hearing is not as sharp as it once was). This was poetry and good poetry. Word play, syllables stressed for emphasis, cadence; telling a story in an original way.

On piano was UoA student Sean Martin-Buss. He caught me completely by surprise with his confident piano accompaniment. I had only seen him perform once previously and that was on bass clarinet. He mostly took a two-handed approach, soloed well on two occasions and engaged in a brief but effective call and response routine with Prastiti. The drummer and electric bass player were unknown to me but again they gave good a good account of themselves. The pumping drum and bass groove was right for the music. On electric bass was Joshua Worthington-Church, on drums Olie O’Loughlin.

This was another testament to the gig programming at the CJC. With rare exceptions every Wednesday night brings an original project. The decision to encourage innovation and originality pays off time and again. The audience now expects it and they wouldn’t turn up week after week for a diet of well-worn standards. With gigs like this a bitter Winter is flying by. 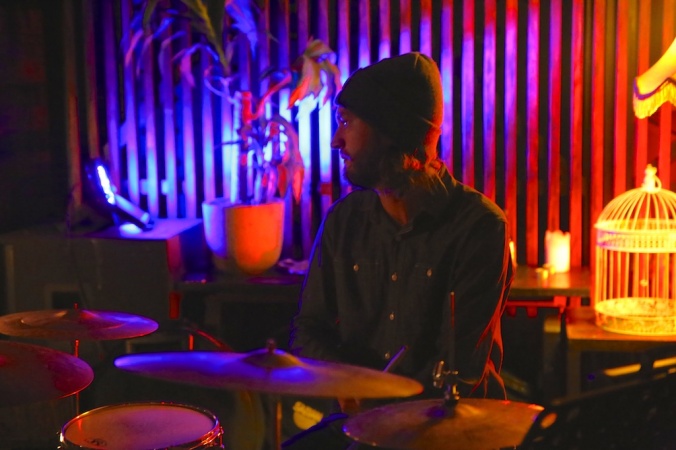 Footnote:’lyrics and poetry are two sides of the same thing‘ (Levitin). Poetry purists often express disdain for song lyrics and especially rap lyrics. The same can occur in reverse when a rapper dismisses poetry as high brow. There is only good poetry and bad poetry. The earliest surviving piece of literature ‘The Gilgamesh’ was written in poetic form. The greatest epics in any language are Homers Iliad and the Odyssey; also written in verse and probably sung. If you want ancient earthy lyrics sung or chanted by a woman then try Sappho: Stuffy (male) scholars have tried for two and a half millennia to purify her verse. “Batter your breasts with your fists girls/tatter your dresses/its no use mother dear/I can’t finish my weaving/you may blame Aphrodite soft as she is/she has almost killed me for love of that boy” – Sappho born 612 BC