By my best estimation, Murphy’s Law kicks in roughly once every three months. Before the gig I plugged in my HD video recorder to charge, gathered my camera equipment into one place and foolishly congratulated myself on being so well organised. That was the mistake right there. Having tempted the Fates they responded in kind. My video recorder didn’t charge because the gods rewarded my hubris by half unplugging the charger cable. This was a gig I particularly wanted to video but the battery died mockingly within 15 minutes. Immediately the battery gave out the gig got better and better.

I had not encountered Kushal Talele before. Until recently he has been working overseas and in London in particular. What I do know about him is that Brian Smith and Pete France tutored him at the New Zealand School of Music; both wonderful musicians. He was born on the Deccan Plateau in the city of Pune, the ninth largest city in India and the second largest after Mumbai in the state of Maharashtra. His family moved to New Zealand when he was eight, but he is now clearly a citizen of the world and of music. 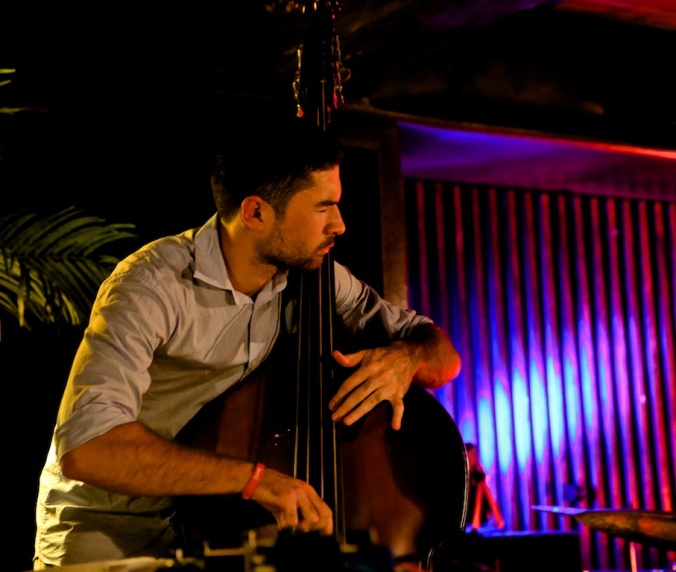 His good looks and relaxed confidence tell a story before he plays a note. Looking the part on the band stand is about posture and being at ease with the task at hand. His tone on the tenor is beautiful. He is very much a modernist but with the elements of Coltrane and the post bop era embedded. I asked him who he particularly listened to and the first name he mentioned was Chris Potter. Serious tenor players all admire Potter and rightly so. I also asked him if Indian Classical Music informed his playing and he was quick to say that it didn’t; adding that it was something he would like to explore one day. 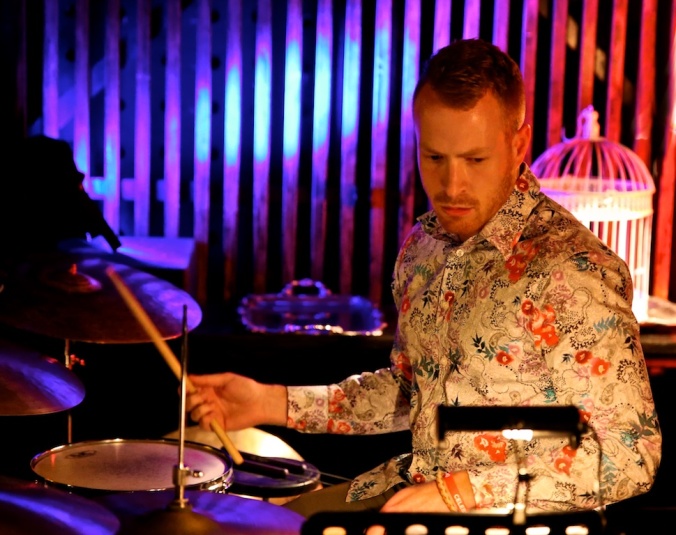 I asked because I have been following altoist Rudresh Mahanthappa who successfully fuses elements of South Indian music with modern Jazz conceptions. In reality most serious post Coltrane saxophonists have these elements in their playing. The way he tirelessly works over figures of melodic and harmonic invention tells me that he has that influence. In approach if not in sound, he takes a similar route to Sonny Rollins. Easing himself into a tune, in no hurry; working over long vamps which stretch into infinity. This turning a piece over and looking at it from different angles; gnawing away until the essence exposed, is a very New York thing.

The group came together for this gig. All younger musicians but all experienced. It was great to see Cameron McArthur back on the band stand. One of my favourite bass players and adept at handling any challenge. He and drummer Cameron Sangster have just returned from an extended stint playing the East bound cruise ships. On Keys and piano was Connor McAneny. The band settled in as the gig progressed and during the last set they were playing tight energised grooves. Talele worked these grooves to maximum effect. I could only capture the first number (see below). It is my sense, that to experience Talele in peak form, one should see him with a settled band. The density and complexity of his playing would be enhanced by this. As good as this gig was I would very much like to see him in that context.