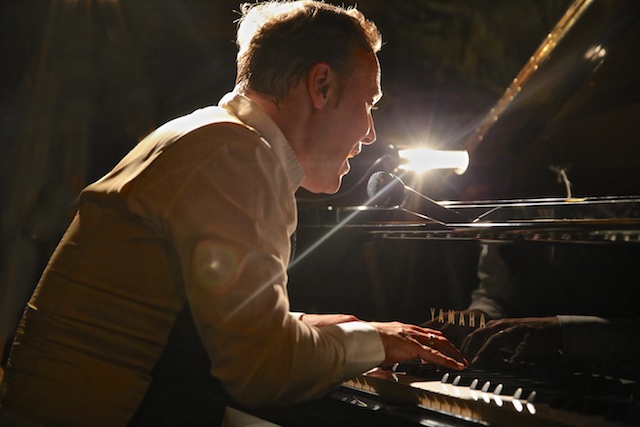 Every few weeks, I casually glance at the CJC web page to see what lies ahead. When I spotted the name Jef Neve, I immediately cleaned my glasses and refocussed, just to make sure that I hadn’t imagined what lay on the screen. No, there it was, Jef Neve, Belgium. Neve is a significant figure on the European Jazz scene and described as Belgium’s best contemporary Jazz pianist. He has three significant careers, one in the Jazz world, one composing film scores and yet another in the contemporary classical music world. Wow! I thought – how did we score him for a club gig? The answer, of course, is the Roger Manins factor. Jef had worked with Roger during Maria Schneider’s tour of Australia and Roger has a lot of pull with musicians.

Like many, outside of Europe, Neve first came to my attention on the duo album ‘For All we Know’, released in 2010. He and vocalist Jose James created an album of extraordinary depth and beauty. James has since gone on to considerable fame in America, his velvety baritone voice is at times reminiscent of Johnny Hartman. It was the sparse, perfectly voiced chords behind James that really drew me in. A crystalline minimalism that stayed with you ever after. When I spoke to Neve he told me that the album started as an impromptu affair. Unexpectedly, Verve picked it up with such enthusiasm that the famous and long defunct ‘Impulse’ label was revived just for the release. This was the first ‘Impulse’ release since Alice Coltrane’s album ‘Reflections on Creation & Space’ 1973. In fact, Neve was picked up by major labels well before that and has eight albums as a leader to his name. His latter recordings coming out on Emarcy, Universal Music, and Enja. 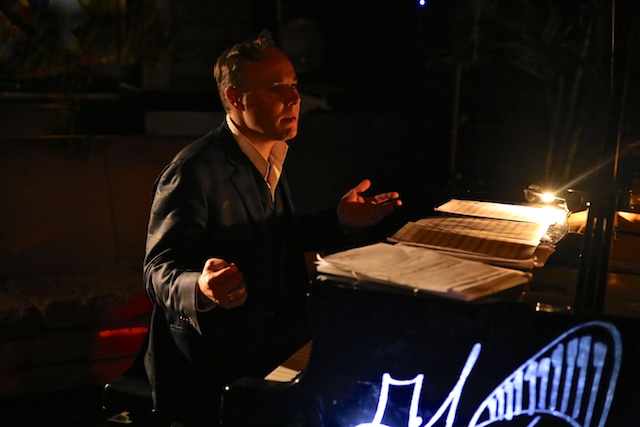 Although The Creative Jazz Club was the beneficiary, it was Neve’s formidable classical credentials which brought about his New Zealand trip. As we remember the ghastly carnage of the great WW1 battles a hundred years ago in Belgium, there are various commemorative events. In 2013, Neve composed ‘In Vlaamse Velden’ (In Flanders Fields), a significant work which tells the war tales of his native Ghent. For the New Zealand concert, the historic Flemish diary readings were interspersed with diary readings from New Zealand families who suffered loss. My family lost a great uncle at Passendale and my grandparents never shook off the sadness. The readings spoke of loss, but also of hope. Everything Neve does is informed by his peace-loving humanism. The audience was reminded of young soldiers dying, and young civilians as well. The Belgium government, The Auckland War Memorial Museum, and various other partners made this happen. Inadvertently, they brought us a significant Jazz event. 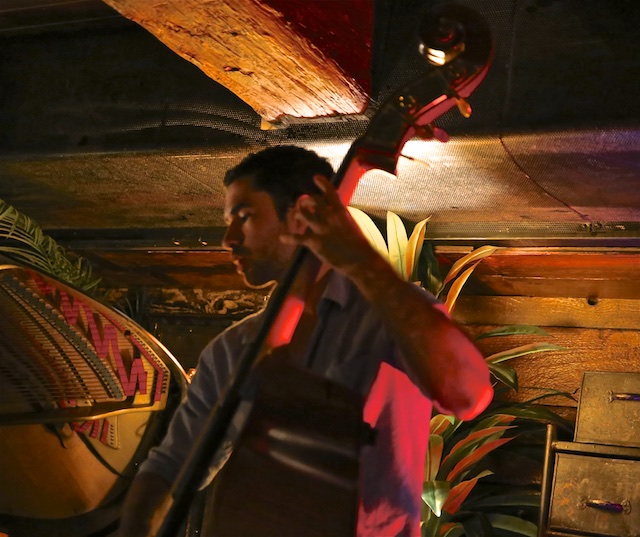 The first CJC set was Neve playing solo. Much of the material drawn from his recent ‘One’ album. Second up was a thoughtful and moving rendition of ‘Lush Life’, the long intro giving little away. After the intro, a reflective minimalist version unfolded, with Strayhorn honoured affectionally. Most of the other tunes were Neve originals and appropriately they included a recently composed piece referencing the Belgium bombings. Typically the piece went beyond mere requiem, challenging the world to get along and to accept diversity. This hopeful humanism informs all of Neves work. At that point he looked up, smiled, and said to us, “I believe that we only have one life and so we should make a real effort to get along, no matter where we come from. After we are born we should party together until we die”. On that night, ‘party’ we did. The last number in that set was Joni Mitchell’s ‘A Case of You’ – first he read the lyrics and then he played – just lovely.

His solo playing gave us an insight into his technique – his touch astonishing – even when playing percussively. On some numbers there was a tasteful hint of electronics, never overdone, always enhancing the natural sound. At times, the piano sang with harmonics as his figures interwove. I resolved to ask him about that when I interviewed him. 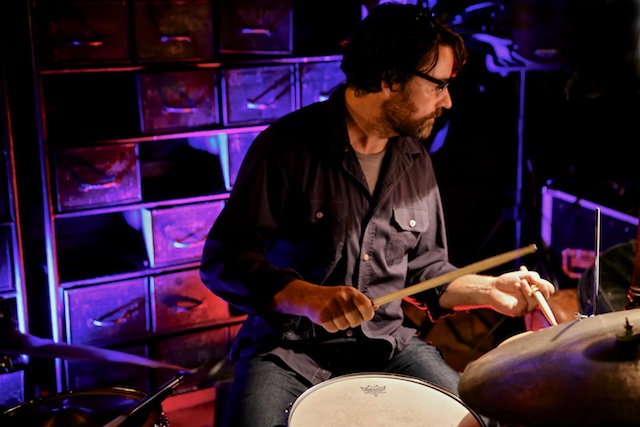 The second half was a trio set and Neve was warmed up and ready to stretch out. With him, he had Ron Samsom (drums) and Cameron McArthur (bass). There had been one short rehearsal a few hours earlier but you wouldn’t have thought so. The first number, ‘The space we need’, was from his critically acclaimed ‘Imaginary Road’ album. They quickly dropped into what can only be described as an elevated state of being. Every move mutually understood, reacted to in kind, rendered into gold with a sonic alchemy. These guys worked extremely well together and the looks on their faces told you that they knew it. ‘The space you need’ was a hard swinging burner, filled with exhortations and joyous exchanges. During a later number, Neve hummed a melody and had the audience repeat it during the chorus. Later I heard him whistling a melody softly (whistling in unison with his right-hand phrases). The last person I heard do this so effectively was fellow Belgian Toots Thielmans. This was Jazz at its best. Throughout the second set, I was so absorbed that I forgot to take notes. Perhaps magic like this can not be captured anyhow.

Neve and his bandmates received wild applause and an encore was begged of them. What a finale for our final night at Britomart – the perfect ending to a fruitful five years. It also offered promise as to what may come in our new venue.

In spite of being jet lagged, Neve suggested that we conduct the interview back at his hotel. The music had given me plenty to reflect on but I eagerly sought his insights. I asked him how much classical music influenced European Jazz, I hear it in most of the European musicians? He answered from a slightly different perspective, so I reframed the question; did he think that there was a regional sound evident in Jazz musicians from Europe or even Australasia? His reply was, “yes definitely, but this comes with time”. He elaborated by adding, “Jazz musicians who have found their voice, reflect who they are as human beings and reflect where they live – their influences, the places they grew up in, the music they heard in the home, the sounds of the city streets and their everyday life experiences”. He explained that he grew up hearing Bach, Mozart, and the songs and sounds of Flemish Belgium. “That is in my sound, but I don’t consciously reflect on that”. Next, I put Sean Wayland’s theory to him, that Jazz musicians play in the dialect they speak in. “It’s that and more,” he said, “it’s also a sense of the musicians place in the world”. 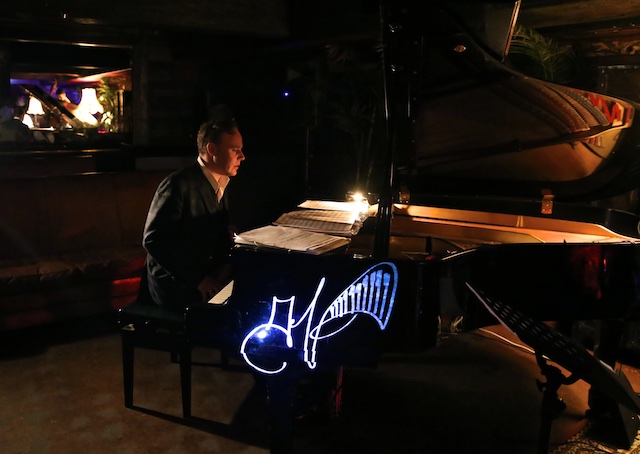 At this point, the conversation got really interesting. He clearly didn’t regard musical structures, be it blues, classical or otherwise as the dominant force guiding his improvising; These outside influences were his vocabulary. In the same way, a writer doesn’t regard the alphabet or grammar as directing the flow of ideas. In Neve’s case, it was not about form but about sound. “I see the universe as sound and I explore that, work with that”. ‘Sound’ is what drives him as an improviser. When I asked how he got those otherworldly acoustic harmonics from the piano. He said, “As I play, I look for unique sounds, probing until I locate them”. This was an iteration of something I had heard before, something uttered by pianist Jonathan Crayford, “I try to make piano’s sing, seek a oneness with their sound”. Later I spoke to Ron Samsom about this and he said, “There is a theme with the great musicians and it always comes down to sound and interaction. With Jef, we didn’t so much rehearse, as dive into the energy. We just jumped onto the wave and began. It was playing music from first to last note and exploring ideas”.

It is these insights that confirm Jazz as my true religion. When you hear stuff like this you have to believe in sound. It is the voice of life after all.

Jef Neve (piano, compositions), Cameron McArthur (bass), Ron Samsom (drums) performed at the last CJC night held at Britomart 1885 on 30th March 2016. Please note: The CJC (Creative Jazz Club) will continue without interruption – there is a temporary venue over the next month and possibly a new venue after that (TBC) – the best way to keep informed is by checking out the CJC website or better yet subscribe to the newsletter.