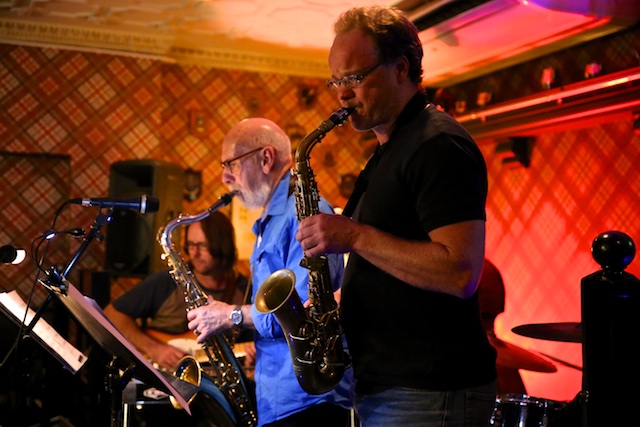 A seasoned New York veteran when asked to comment on the quality of playing by young artists emerging from the Jazz Schools said, “Man they’re such great players. Many of them have chops to burn, but what is lacking is ‘character’. That is not taught in Jazz schools, you gain it inch by inch out of life experience”. To paraphrase Lester Young who put it best, ‘I hear the notes, but what is your story’. The character of a musician (or the lack of it), shows up in the music. Jim Langabeer has ‘character’ to burn. He tells wonderfully human musical stories and they are utterly beguiling. 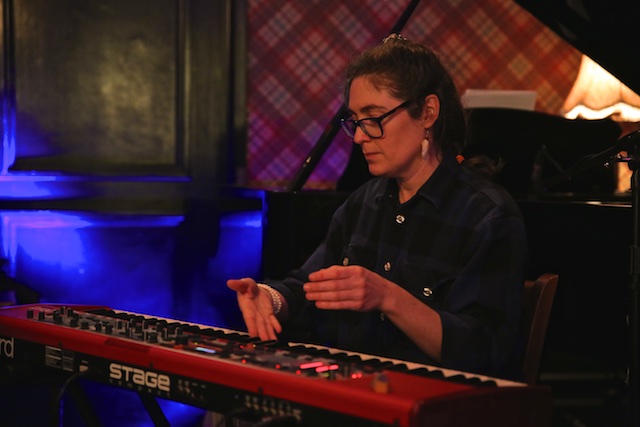 Langabeer is hugely respected on the scene and deservedly so. He has worked with greats like Gary Peacock and Jaco Pastorius and in spite of absorbing the essence of North American Jazz, his ideas and sound possess a Kiwi authenticity. When he plays his tenor there is often a street-raw raspy intonation. The sound is at times reminiscent of Archie Shepp, but the story and flow of ideas are entirely his own. His flute playing is soulful and as soft as silk in the breeze. Because he is so comfortable in his own space he can incorporate everything from the avant-garde to indigenous music without it sounding contrived. These seamless references work beautifully in his hands. We talked of this after the gig and agreed that many of the earliest attempts at blending middle eastern, far eastern or ethnic music were less successful than now. 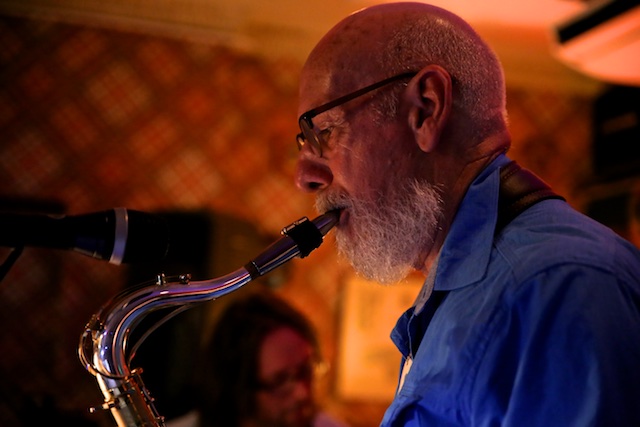 As the boundaries between cultures blur in a globalised world, the mutual respect between improvising traditions grows. I have posted an example of this effortless genre-blending in a clip from the CJC gig titled ‘Ananda’s Midnight Blues’. Those who are familiar with Buddhism will grasp the meaning immediately. Ananda was Gautama Buddha’s childhood friend and later his disciple. Beloved, worldly and yet never afraid to challenge his enlightened teacher. There is a feeling of deep questing spirituality in the piece – reaching beyond mere form. 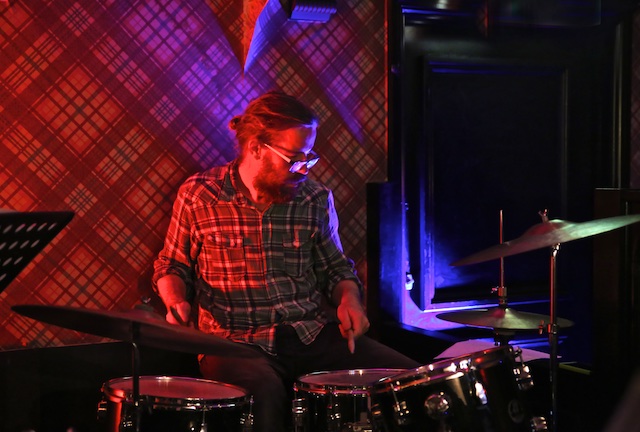 Whether Langabeer plays flutes or reeds, everything serves the composition. His spare lines (which are devoid of undue ornamentation) establish a theme and then vanish like a will-o-the-wisp, giving a nudge to the imagination and enriching the piece as a whole. There are no wild flurries of notes on the saxophone or flute because the story resides elsewhere. His writing creates an over-arching logic and the ensemble has the freedom to move in and around tonality. In some pieces ostinato patterns create a drone effect, becoming a single note over which to restate the melody. This freedom allows for an organic interaction, free or inside and with a deep gut-felt pulse. 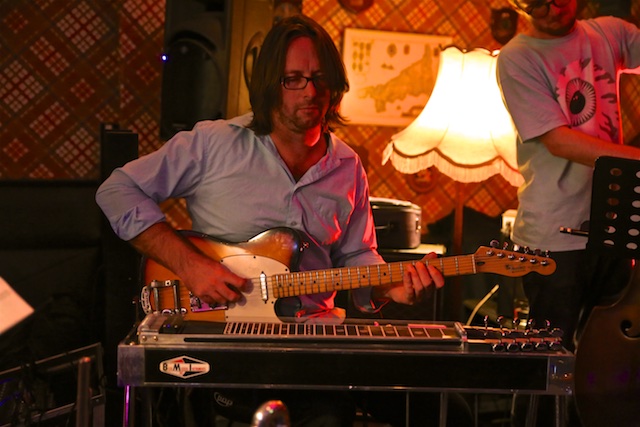 When putting a band like this together the choice of musicians is supremely important. Not every musician could handle such freedom. Needless to say, Langabeer chose well. The ensemble was rich in contrasting colour, rich in character. It was our good fortune that Jim Langabeer’s daughter Rosie Langabeer was back in town. I can’t imagine a better-qualified pianist for this role. A leading avant-gardist and experimental musician who crafts compelling filigree and rich beauty into her music. Rosie Langabeer can play outside one minute and the next you hear a deep subtle swing, a rare kind of pulse that you can feel in your bones. A gifted composer and leader in her own right, an extraordinary sides-women when required. Moving from percussive, richly dissonant voicings to heart-stopping arpeggiated runs – somewhat reminiscent of Alice Coltrane’s later piano offerings. Her iconoclastic playing delighted the audience. 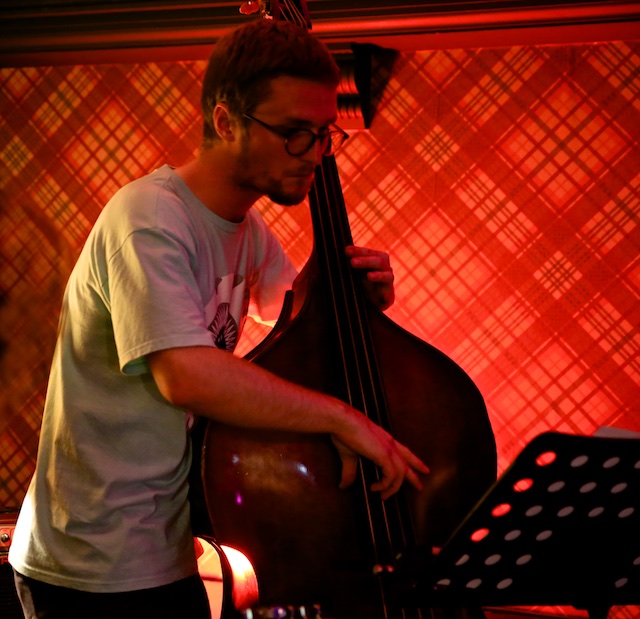 On alto was Roger Manins. Although the alto is not his main horn he is extraordinarily fluent on the instrument. Langabeer has been focussing on multiphonics and microtonality of late and he and Manins showcased some atmospheric numbers utilising various blowing techniques. Manins has long impressed by playing in a variety of styles with equal facility. On guitar and pedal steel guitar was Neil Watson, bringing his mix of blues, Jazz punk, and avant-garde to the fore. Another iconoclast and one we love hearing. The pedal steel guitar has been in his possession for a year now and his rapid mastery of the instrument is impressive. A difficult beast tamed beautifully. On Bass was Eamon Edmundson-Wells. A versatile young bass player most often found in the company of experimental musicians. His performance on this gig was right on the money. 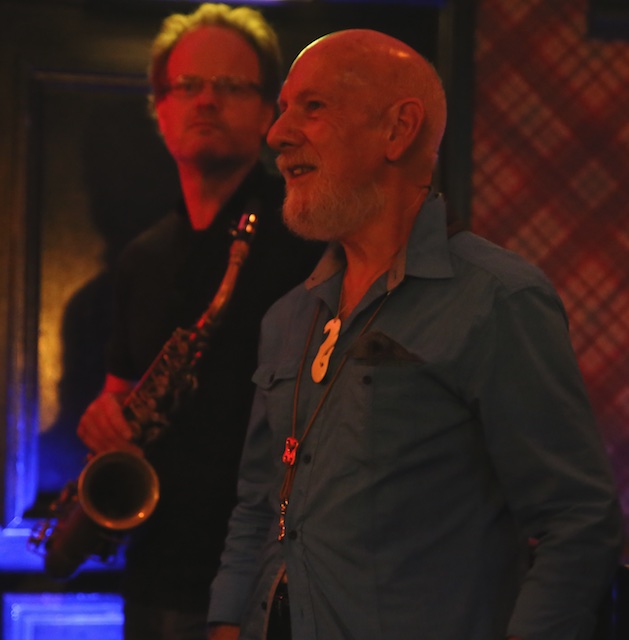 On drums and percussion was Chris O’Connor. Perhaps more than anyone else O’Connor personifies this free-ranging music. Of all the New Zealand drummers, his are the widest-ranging skills. Colourist, minimalist, indie rocker, straight-ahead jazz, avant-garde, experimental percussion and film work. There is nothing he won’t tackle and everything he touches benefits from his musicianship. When a piece titled ‘Tapu’ was played O’Connor stole the show. While Langabeer played the difficult and wonderfully atmospheric Putorino (a traditional Maori flute of the Taonga Puoro family), O’Connor simulated the Tawhirimatea (A traditional whirring instrument dedicated to the god of winds). The effect was eerie and electrical. Later in the piece he blew through the stem of his snare stand – recreating the effects of the Pututara (a conch trumpet). Only O,Conner could have pulled this off so well. Like Langabeer, he has a deep awareness of multicultural issues. 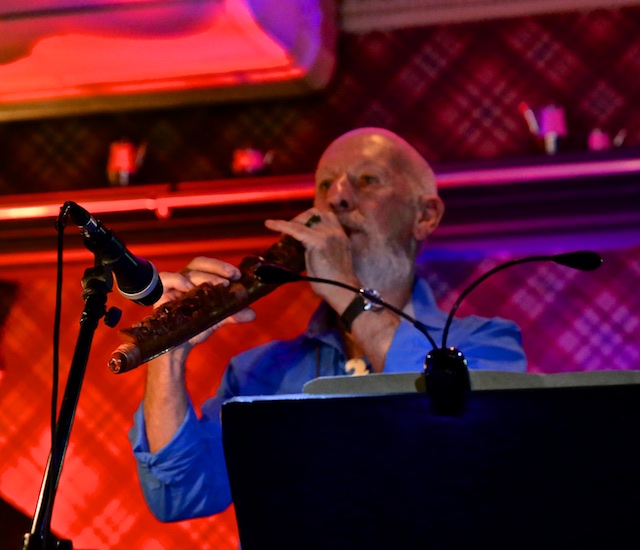 The one standard was Strobe Road (Sonny Rollins). A lesser known standard and played with enthusiasm. The remainder was a selection of Langabeer tunes, many referencing Maori of Kiwi themes. His tune Rata Flower was a stunner – it deserves to become a local standard. He has obtained funding from Creative New Zealand for this project and we might see a ‘Sketches of Aotearoa’ album soon. I truly hope this occurs and I will be the first to purchase one. 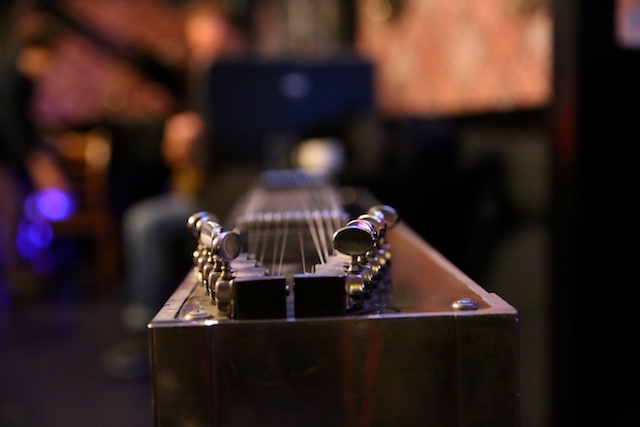 One thought on “Jim Langabeer – ‘Sketches of Aotearoa’”