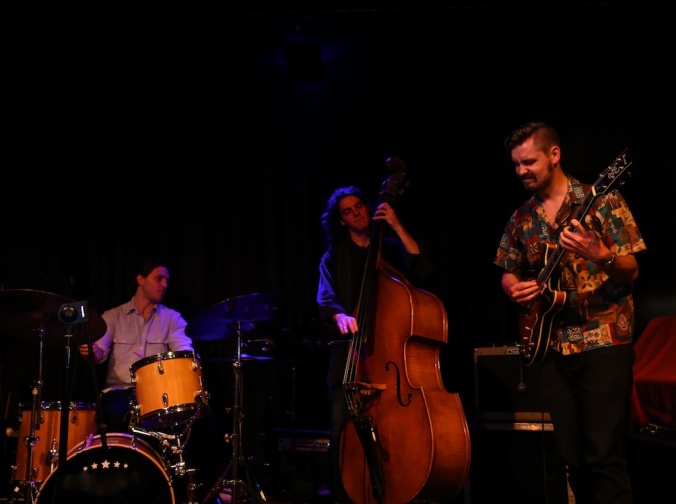 Guitarist Peter Koopman has long been established on the Australian Jazz scene. He returns once or twice a year and when he does he brings interesting projects with him. This tour was no exception; with new compositions, some refocused standards, and a re-jigged trio lineup he hit the mark. Some musicians reach a permanent plateau, and then make only incremental advances from there on. To date, Koopman has been on a steady upwards trajectory; and with little sign of slowing. It’s noticeable in the detail, but also in the overall impression. He is matter of fact on the bandstand, there’s even a hint of diffidence about him, but this only reinforces the impression that he is all about the music. From the first few notes, band and audience are subsumed in the performance. 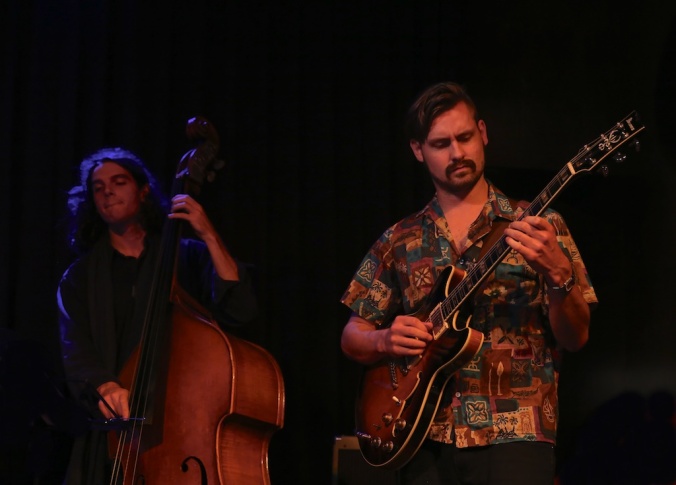 One of the subtleties that I noticed between visits is in his tone. It is cleaner but broader, conveying more information, allowing listeners to hear nuance and micro changes in modulation. And on some numbers gentle harmonics, rising off the upper end of a rapid run. His newer compositions also enhanced the project; nicely paced, making room for the whole trio and very appealing to the ear. I was not alone in observing this trajectory. One of our best New Zealand guitarists was later heard to mutter, only half-jokingly, “Damn, I’m off home to burn my guitar”. Australia has a number of excellent guitarists and some are equal to the best in the world. The challenges and opportunities of working in such an environment, have obviously suited Koopman. 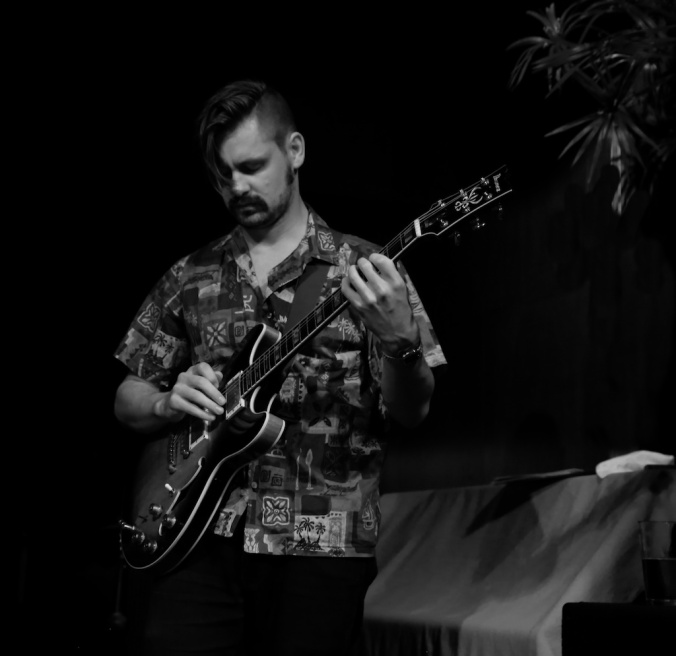 Judas Boogie, Meth Blue, Dog Annoyance, and Hypochondria were Koopman’s tunes. The band also played a sizzling version of ‘Airegin’ (Sonny Rollins).  ‘Airegin’ (Nigeria spelled backward) is a relentlessly upbeat tune and often tackled by guitarists – at least those brave enough. Another Rollins tune was ‘Paradox’.  The others ranged from the familiar ‘The best things in life are free’ (De Silva), and ‘The things we did last summer’ (Styne/Cahn) – to the less familiar –  ‘The big push’ (by Shorter from his little known ‘Soothsayer’ album) and ‘Montara’ by Bobby Hutcherson (from his amazing latin album of the same name).  Why we do not hear more Hutcherson is quite beyond me (thanks for this one PJK). 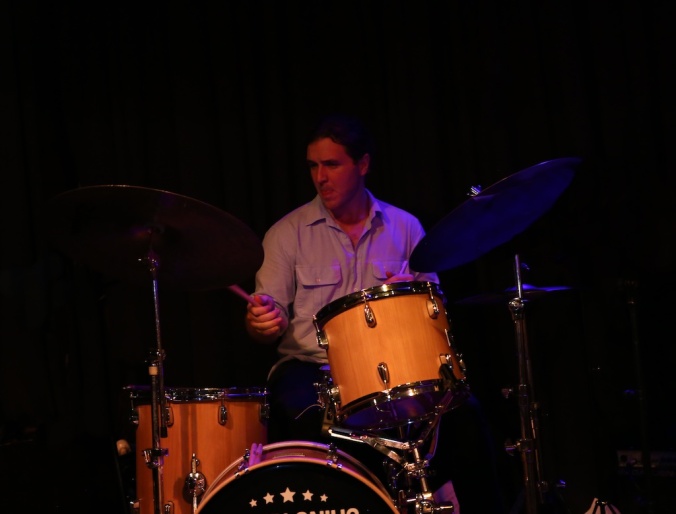 Max Alduca was on upright bass and he came with Koopman last time he visited. He has also been active on the avant-garde circuit with NZ musicians. A thoughtful melodic player, leaving space where appropriate and always where he should be during a tune; an active and equal trio member. Tim Gelden was new to the CJC audience, instantly catching our attention, adding excitement with his crisp tasteful stick work; during moments of interplay with Koopman and Alduca, heart-stopping action.