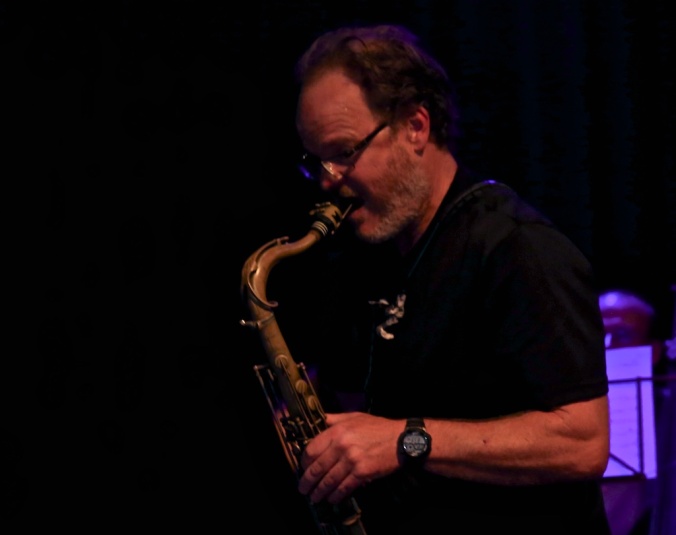 There is never a guarantee that two good acts blended into one will work. This one did. DOG and the various iterations of the Peter Koopman trio are each in their way self-contained; exuding a confidence born out of time spent with familiar musicians. Bands that play together over long periods anticipate and react instinctively. Stepping outside of that circle can be a risk, but that is a large part of what improvised music is about.  DOG are a tight unit with quick-fire lines and nimble moves.  By adding a guitar, DOG risked crowding their musical space; with Koopman, this did not happen. He is an aware and thoughtful musician. The pairing aided by some well-written charts, a pinch of crazy and good humour. The result was a looser sound, but the joy and respect provided all the glue it needed for the gig to work well.

The first number up was Roger Manins ‘Peter the Magnificent’, a tune featured on the award-winning DOG album. Manins penned it years ago, but this is the first time we have seen he and Koopman play it together (the Peter referred to in the tune is Koopman).  Next up was Koopman’s ‘Judas Boogie’, a terrific catchy tune and a great vehicle for improvisation. It has memorable hooks and a feel good factor about it. It’s the third time that I have heard the tune and it is always mesmerising – weaving in and around a dominant bass note, a relentless pulse drawing you ever deeper into the theme. I like tunes like that, they are a gift to good interpreters. 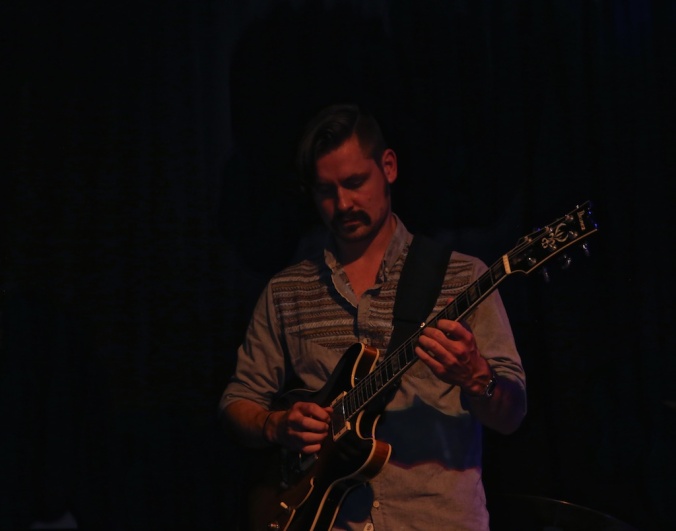 The unison lines and exchanges between guitar, tenor saxophone and Rhodes were just lovely. Kevin Field is always on form and the Rhodes with its chiming clarity was the perfect foil for Koopman and Manins. Field is the complete musician, tasteful, original and with impeccable time feel; Koopman’s guitar benefitting from the well-voiced chords, gently and sparsely comping beneath. Manins also gave a nice solo, and as we have come to expect, he reached for a place beyond the known world. Olivier Holland had a slightly different approach to Koopman’s regular bassist Alduca. Both approaches worked well on Judas Boogie. The interplay between Holland and Samsom was also instructive. As is often the case with good Jazz; the complicated was made to sound easy. 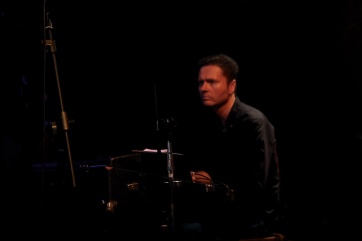 The craziest tune of the night was Manins ‘Chook 40’ – a crazy humour filled romp which swerved close to the avant-garde.  A Zappa moment filled with joy, and above all abandon. The last tune was titled ‘Home Schooled’.  This is a newer Field composition, one that regular CJC attendees will recall hearing during his last quartet gig. In this expanded context it sounded truly amazing – the tune was too long to post as a clip today, but I will try to do so later. The unison lines in that are particularly striking and the changes in mood and tempo revealed hidden delights.