New Zealand is an incubator of creative spirits and many of the best are hidden in plain sight. They deserve better attention but we fail to notice them because the soulless dazzle of consumerism obscures our sight lines. Last week Richard Hammond, an important New York bass player flew into Auckland and a lucky few got to hear him play live. Hammond is a legend in music circles, but many who are familiar with his work don’t realise that he is an ex-pat New Zealander; raised in the North Kaipara region and establishing himself on the New Zealand music scene while still at high school. Later he won a scholarship to attend the prestigious Berklee School of Music in Boston. After moving to New York he studied at the Manhattan School of Music where he completed a Masters. Hammond has toured with many significant artists; he gigs regularly in New York clubs, works in Broadway shows and is a first call bass player in the recording studios. 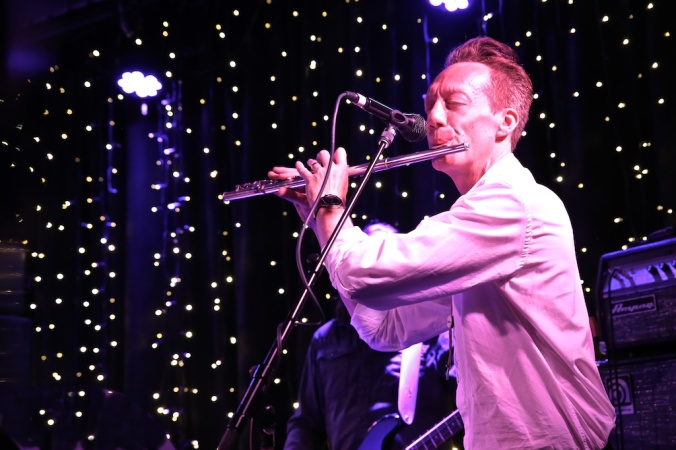 When I learned that he would be recording in Auckland, I made sure that I had an invitation to the recording session. My head was still spinning after a crazy two weeks in Australia, but I wasn’t going to pass up an opportunity to hear him play. The recording session took place at the UoA School of Music in Shortland Street, where Maggie Gould was laying down a few cuts for an album. On this session, Hammond played upright bass, extracting a beautifully rounded tone from a ‘seen better days’ borrowed instrument; living proof that good musicians sound good on any old instrument. Recording sessions are not concerts, but they are never the less fascinating places for those beguiled by the process of music making. What strikes me on a good recording session is the heightened collaborative element; the way an artist gives without invading another’s space, and all of this in slow motion as they mull over playbacks. I positioned myself behind Hammond (who was well baffled) and I watched, listened and photographed between takes. Photography in a studio or a rehearsal is generally easier than at a gig. 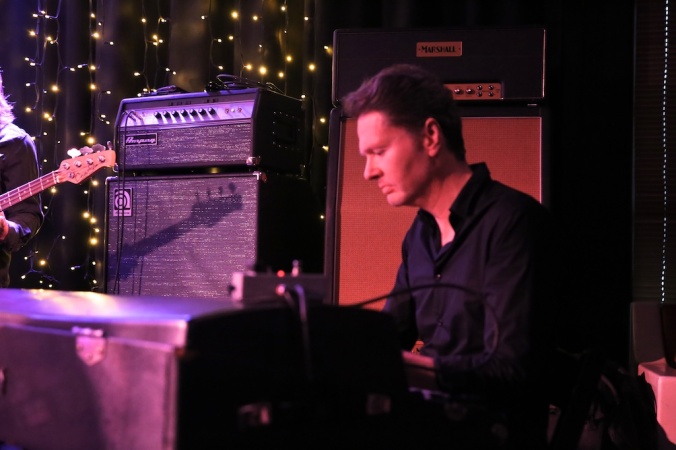 The CJC, sensing an opportunity and knowing that they had only a few days, organised a special one-off Richard Hammond gig and billed it as an all-star event. The programming fell to keys player Kevin Field. Field playing Rhodes, Ron Samsom on drums, Nathan Haines and Roger Manins on saxophones and Marjan on vocals. Hammond alternated between upright bass and electric bass and he wowed us on both instruments. On upright bass, he has a tone to die for; one that only the best bass players locate; on electric bass his lines bite, speaking the language of Jaco or Richard Bona.

The tunes were mostly Field’s and Haines, but it was also a pleasure to hear Marjan’s evocative Desert Remains performed again. Every time she sings her vocal and compositional strengths astound listeners. She gains fans every time she steps up to the microphone. The gig was held at the Backbeat Bar in K’Rd, the venue packed to capacity. The musicians were all in excellent form; clearly feeding on the shouts of encouragement from an enthusiastic audience. First up was Haines, who goes back with Hammond at least 20 years – Hammond appearing on Haines first album ‘Shift Left’. You could sense the old chemistry being rekindled as they played. I also enjoyed Manins playing, especially on one of the Field tunes. Perhaps because they hit their stride so early, and made it look such fun, it was the trio of Hammond, Field and Samsom that will stick in my mind. These cats talk music in the dialect of joy. In this troubled world, we need a lot of that.