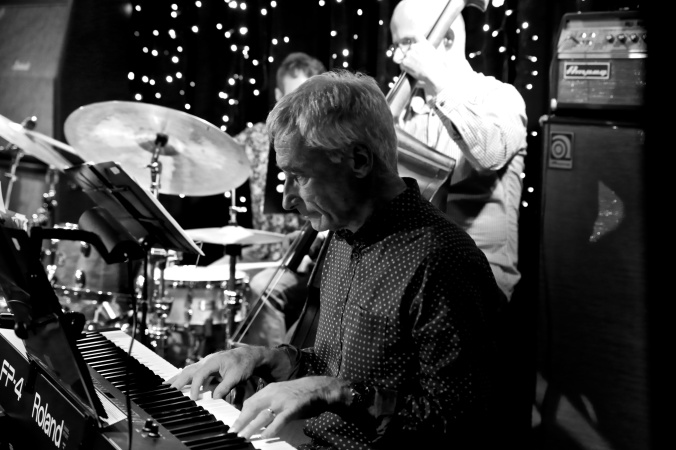 After a year of living in Paris the Auckland educator and pianist Phil Broadhurst and his partner, Julie Mason, have returned. The Broadhurst Quintet has been a regular feature on the Auckland scene for many years. The unit is fueled by a constant stream of great compositions, an unchanging line up of fine musicians and three critically acclaimed records (one of them a Tui Jazz Album of the year winner). Broadhurst’s ‘dedication trilogy’ set a high bar compositionally, but his pen is always crafting new compositions.  After last weeks gig, I suspect that another album capturing the artistic soul of France might be in gestation. Broadhurst, as many will know, is unashamedly francophile. Out of this deep appreciation and finely honed perception flows terrific creations. 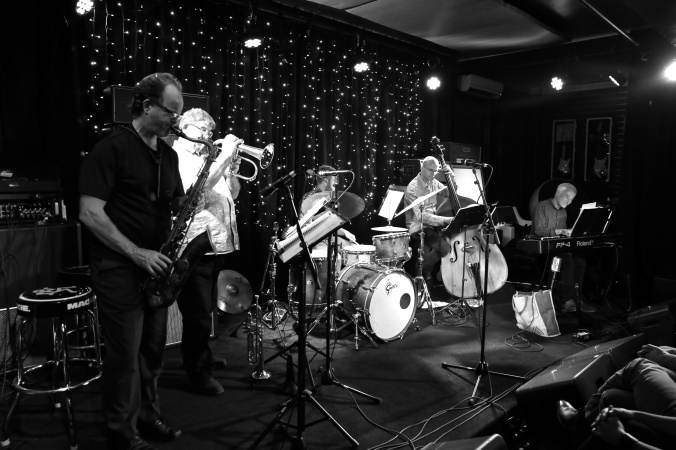 When people talk about the Auckland Jazz scene, the name Phil Broadhurst always comes up. His constancy has been a bedrock and an enabling presence. He is an exemplar of quality mainstream Jazz. When I looked back over my posts I noticed that this particular Quintet was first reviewed by me in 2012 but I have no doubt that it predates 2012. When so many people crowd into a small club it makes the sight-lines difficult, but I have managed to capture a number from his gig.

The tune in the clip is called ‘Stretched’ and it is from his ‘Flaubert’s Dance’ Album.  One of Phils newer compositions was titled ‘I’m Busy’ (dedicated to Jacky Terrasson). We also heard two lesser-known Jazz standards from Julie Mason.  The first was ‘You taught my heart to Sing’, a tune by the pianist McCoy Tyner; the second, ‘Speak no Evil’ by Wayne Shorter from his classic album of the same name (incidentally, a great album to play on a road trip as you plunge into the black of night).