GRG67 ‘The Thing‘; When I obtained a copy of the ‘GRG67’ album, I knew that I would encounter interesting music and some interesting creatures. I instinctively knew that the creatures would not be of the sort populating Facebook memes, but creatures who are often overlooked; in this case, crabs and domestic fowls. Anyone who knows Roger Manins knows him to be an empathetic being and this shines through in both his playing and in his compositions. As with all Rattle albums, the artwork is stunning and I detect the bold strokes of Manins black marker pen (and of course the genius of UncleFranc). GRG67 formed some time ago, primarily as a vehicle for composition, gigging at venues great and small and always encountered with enthusiasm.

The bulk of ‘The Thing’ album was recorded during Manins Doctoral recitals and the remaining few pieces were added later that day. It is the perfect material for such a recital as it adds something distinct and perhaps unique to the Jazz spectrum. Although a chordal instrument is deployed to great effect the music does not lean on it unduly. The harmonies are incredibly rich but what draws you in are the unison lines, the infectious rhythm and the counterpoint. The writing is interesting because melody lines dominate without appearing to – at no point do any of the instruments fall into an orthodox comping pattern behind a soloist – this is a space where everyone speaks in an equal voice and they do so while acknowledging those they share the stage with.

Of course when Manins or Howel solo you sit back and wonder at the inventiveness and the execution. When Cole on bass spins out his bold lines and when Deck’s edgy drum beats rain down on you, every crazy-wonderful moment resonates, but everyone is noticeably present in the mix.  This music has a life force, perhaps a west coast life force and it completely owns its asymmetrical musicality. There are also wild shouts and exhortations woven into tunes and this bolsters the sense of immediacy. Again, New Zealand musicians are punching above their weight and I reflect on how blessed we are to have the scene we do.

All of the tunes except one are by Manins (one tune is credited to Cole). I have posted ‘Crab Empathy’ (Manins) as a sound clip as it’s happy crazy vibe captures the ethos of the album best. GRG67: Roger Manins (tenor saxophone), Michael Howell (guitar), Mostyn Cole (electric bass), Tristan Deck (drums). Rattle.co.nz 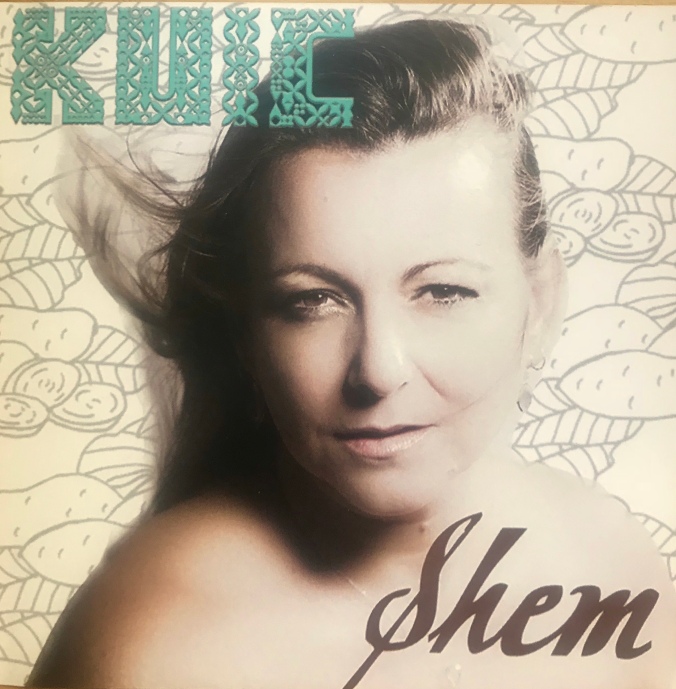 Shem: Everyone on the New Zealand Jazz scene is familiar with Michel and Fabienne ‘Shem’ Benebig. We have long enjoyed Michel Benebig’s warm B3 grooves and Shem’s straight from the heart vocals as they win over an ever-increasing New Zealand fan base. And every time they land they bring with them a part of their small Island, a sultry swinging New Caledonian vibe that warms even the coldest of Kiwi nights. Because Shem identifies so strongly with ‘place’, she often writes tunes about flora & fauna and as she travels, her every note speaks of who she is as a South Sea Islander. In spite of that her vocals are also laden with a French sophistication. Her long years on the road have gifted her the ability to shift seamlessly between moods – one minute a powerhouse soul vocalist fitted for big band, the next, a late night heartbreaker, embracing an audience with a whisper.

Shem has recorded often with husband Michel, but this album is very much her own.  She is clearly the guiding force here; a singer/songwriter of considerable talent showcasing her compositions and setting the tone. She opens with the lovely ‘Un oiseau’ a gentle swinger ending with her trademark indigenous New Caledonian styled vocalisations and whistles. Throughout the number, Kiwi saxophonist Roger Manins adds tasteful fills and is perfectly in sync with the vocalist. The title track ‘Kuic’ (meaning yam in the Kanak Nemi Language) is a groove number, strongly underpinned by the beats of New Zealand Drummer Ron Samsom. Track five ‘State Highway’ is my favourite of the selection as I first heard it soon after Shem had penned it. It is a soulful road blues and who better to tell this age-old story than Shem. She owns this song from start to finish.

Her band, all well-known musicians, but on this album, they coalesce into a warm supportive role. The great US groove guitarist Carl Lockett is an astonishing technician and a man of impeccable musical taste. It is impossible to imagine him playing badly and he is heard at his bluesy best on State Highway. Roger Manins and Ron Samsom need no introduction either, both provide the best of what New Zealand has to offer. Lastly, there is Michel Benebig on his beloved B3. When this man solo’s he can mine a groove to unplumbed depths, but when he accompanies Shem’s vocals he reigns in his bravura impulses and provides her vocals with the caressing comping they deserve.  AMJBCA