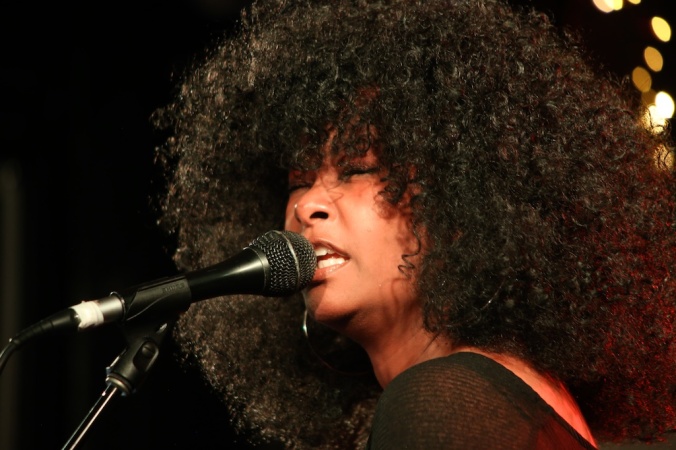 When the Soulful vocalist Vivian Sessoms visited in June last year, we were stunned by her voice and by her powerhouse delivery. We seldom get to experience American R & B styled vocalists in New Zealand and if we do we never see them in intimate settings like the Backbeat Bar. Her voice carries the history of her music and her vocal range and control are approaching the operatic. Sessoms is a vocalist with serious chops and an interesting backstory. Last week she returned.

Since her last visit, she has released a Soul/Jazz album titled ‘Life’. The album is receiving favorable attention and it is not surprising that she has been picked up by the Ropeadope recording label. During her two Auckland gigs, she performed a number of tunes from the album; including a few that were recorded at the same time and will likely appear on a future release. The first set opened with her take on the Stevie Wonder classic ‘I can’t help it’. This was pure R & B, but the set swiftly dived into bold reharmonisations of Jazz standards plus one or two pop tunes (‘Love is a losing game’ – Amy Winehouse and ‘Under the Cherry Moon’ – Prince).

The Standards in that set were the lovely ‘Stella by Starlight’ (Victor Young), ‘Lush Life (Billy Strayhorn) and ‘The Waters of March’ (Tom Jobim). All of the above were reharmonised and made fresh. ‘Lush Life’ conveyed that sad world-weary vibe that Strayhorn penned so well and ‘The Waters of March’ (Aguas de Marco) was sung in English.  Jobim wrote both the Portuguese and the English lyrics and the song is a masterpiece. Sessoms infused it with a subtlety reflecting modern American life. When she came to the line ‘the shot of a gun, in the dead of the night’ you picked that up immediately and understood her message. 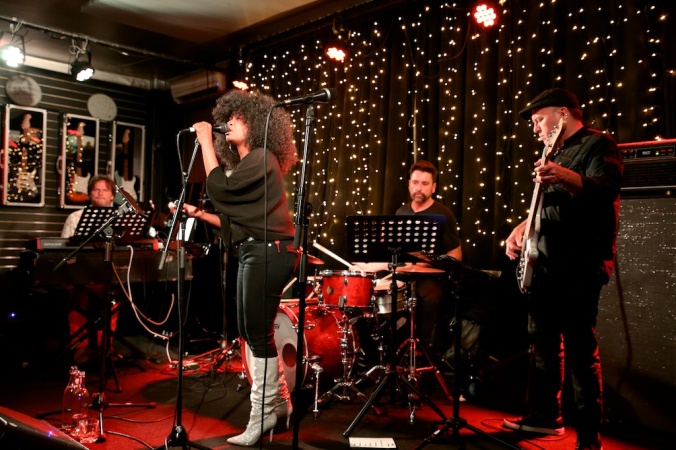 Sessoms is an activist for civil rights and this thread runs through all of her shows (and the ‘Life’ album).  Last time she came to New Zealand it was her ‘I can’t breathe’ number – this time it was her take on ‘People (make the world go round)’, a tune made popular by the Stylistics  (composed by Thom Bell + Linda Creed). Before the tune, she spoke a little of her life growing up in Harlem and how normalised that daily struggle was to African-American people at that time. This tune in her hands was a plea for people to do better and to fight on until equality is a reality, not just a distant hope. An interesting song choice which got the Sessoms treatment was ‘I who have nothing’. We associate it with Shirley Bassey or Joe Cocker but long before that Ben E King released it. Actually, it is an old Italian song titled ‘Uno Dei Tanti’ (by Carlo Denida).

This time Sessoms had her husband Chris Parks touring with her. Parks is a well-known bassist and producer on the New York scene and on the album, he is co-credited in all of the arrangements. Parks played a punchy electric bass, Jonathan Crayford and Ron Samsom were the band members for this gig, Crayford having accompanied her convincingly last time she came.

The album is widely available and I have included a Spotify clip from ‘Life’. Her take on Strange Fruit is the standout for me. A harrowing song based on the poem by Abel Meeropol and made famous by Billie Holiday. In light of recent comments made during the US primaries and on the banners of the Alt-Right, these issues are scandalously still with us. I have also put up a clip from the gig – ‘Waters of March’ (the sound quality is quite good but the glare of the spotlights affected the focus slightly in places).