The year has barely begun but musically 2019 is proving to be auspicious. Having survived January’s mid-summer improvised-music drought, we were anxious for the gig season to resume.  Then, as if by magic, the CJC (Creative Jazz Club) was back in business again. With February the gigs came thick and fast. The first week brought us Chisholm/Meehan/Dyne/Dyne and two days later there was a special CJC event at the KMC. The event was titled Matt Penman & Will Vinson (with New Zealand friends).  Matt Penman is one of the worlds premier Jazz bass players and because he hails from our city, we claim him as ours to anyone who’ll listen. We speak of him with the same pride that we do when we mention the likes of Mike Nock or Alan Broadbent.  These are sons of Auckland and they rank among the finest of improvisers anywhere. A New York musician who I spoke with recently put it this way; there are a number of very good bass players in New York and then there are those like Penman who stand above the rest.

The CJC gig was doubly special as Penman brought with him the London born altoist Will Vinson. Those who follow the Jazz Press or visit New York clubs will be familiar with this musician. He and a few of his compatriots are reviving the popularity of the alto saxophone and elevating it to new heights. Like Penman, Vinson has a number of well-received albums to his credit and the company he keeps on those albums and the quality of the offerings talks volumes. His tone is never harsh but it never-the-less has a particular bite to it. As the notes flow, and the ideas develop you sense rare confidence. It is the sort of confidence that can only emanate from a musician completely at one with his horn. Even the way he holds the horn is instructive. A saxophonist sitting next to me put it this way. ‘You can’t get a unique sound or flow of ideas like that unless body and horn are as one’.  The friends were, Kevin Field (piano), Steven Thomas (drums) and for one number Dixon Nacey (guitar). Field is no stranger to performing and recording with New York musicians (including Penman), Nacey is highly rated on the New Zealand music scene and the up and comer Thomas is eating up the competition as he rises like a rocket. The New Zealand cohort also have an interesting musical connection. The majority including Penman went through Avondale college. The far-reaching influence of gifted music teacher Paul Norman is astonishing. Together the band blazed like a perfect summers day and the gig was definitely one out of the bag.

The tunes played were from Matt Penman’s recent album ‘Good Question’, Will Vinson’s repertoire and to my joy the Tristanoite classic by Lee Konitz ‘Subconscious-Lee’. There are very few tunes that I like as much as that one and with the exception of Konitz’s own renditions, this version is truly the business. Subconscious-Lee’ was pianoless and rightly so – freeing Penman, Vinson, and Thomas to open out and enjoy the space. 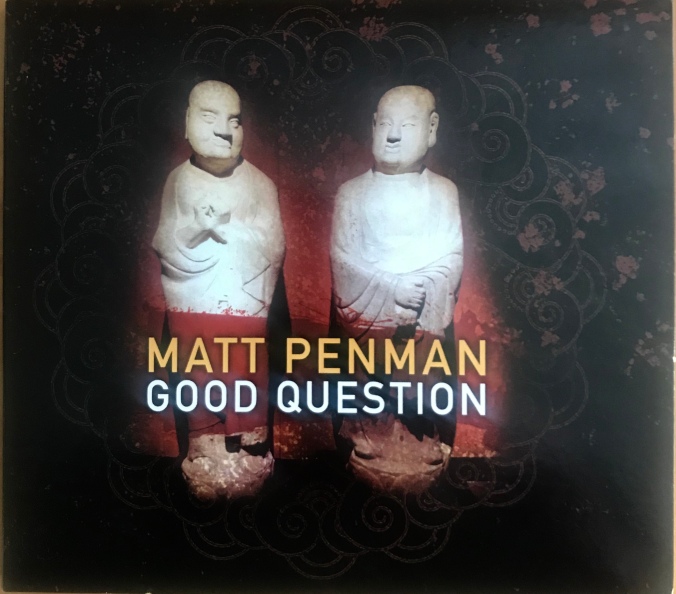 Penman’s album ‘Good Question’ is a must purchase for all Jazz lovers. It is an in-the-moment testament from the New York scene and replete with the best of band mates. Penman has long been associated with Aaron Parks and on this album, Parks soars. Like Penman, he has an uncanny knack of making every voicing or phrase sound fresh. In this supportive role, he is also unafraid to fall back on delicate comping and minimalist painterly abstractions. The album also features tenor heavyweight Mark Turner, Obed Calvaire (bass), Nir Felder (guitar), Will Vinson (who was persuaded to exchange his alto for a soprano on track three) and Rogerio Boccato (percussion). There is so much to like about this album that I hardly know where to start. The track ‘Copeland’ is dazzling – a painting of a vast landscape, Big Tent, Little Tent is a deeply satisfying exploration of interplay. My favourite track, however, is ‘Blues & the Alternative Truth’ – a reference to the Oliver Nelson album ‘Jazz and the Abstract Truth’. To my ears, it also gives a gentle nod in the direction of Claude Thornhill’s 1941 standard Snowfall. This track like the album itself is a sonic journey and from start to finish, a pleasurable one.

‘Good Question’ was released by SSC Sunnyside Communications: To purchase go to www.mattpenman.bandcamp.com  – The gig was at the CJC (Creative Jazz Club) Auckland, Feb 2019.