Steve Barry the Auckland born Jazz pianist left New Zealand a few years ago and with him he carried our highest expectations.  That can be a distraction to an emerging artist, but Steve possesses a faculty that overrides distractions.  He is one of the better pianists that I have heard and there is a back story to that.  His focus is unwavering to the point of obsession and he is an artist that won’t be  hurried.  We impatiently awaited his first album, the eponymously named ‘Steve Barry‘; always urging him to record.  He resisted all entreaties, practicing and refining while an innate sense of timing guided him.

He was right and we were wrong – now is the perfect time.  The album launch at the CJC (Creative Jazz Club) and the album itself fulfilled every expectation.

This is an artist who puts the integrity of the music before any rapid career path.  This is the right time for the album release, placed as it is firmly within the ambit of work being done by Aaron Parks, Matt Penman, Kurt Rosenwinkel and other ground breaking younger artists.  This new sound is gaining ascendency and with adherents like Will Vinson, Lage Lund and Mike Moreno it will continue to do so (‘James Farm’ are perhaps the epitome).  This music is mainstream Jazz but it references sources as diverse as Lenny Tristano, Indie Rock and even Hip Hop.  The fractured and complex rhythms are juxtaposed with soaring fluid guitar lines.  Against that are the textures and layers of melody.   Only the best musicians can pull this material off and only the best composers can write such material.

While Steve is clearly influenced by this ‘new sound’ he is no slavish imitator.   He has found something that often alludes younger pianists; a recognisable and original voice. 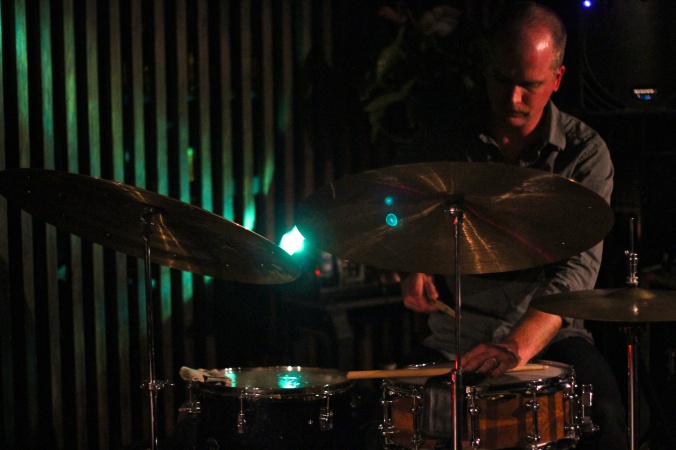 One listen to this album explains everything about this artist and this incredible band.  All of the tunes on the new album are composed by Steve Barry and the compositions are sometimes dense and multi-layered.  This is a musical journey of the profoundest sort.  One that demands your fullest attention and perhaps a little knowledge of what is happening in the Jazz world.  The highest rewards in Jazz occur when we understand something of what is going on.   This is not background music for cocktail parties.  This is up to the minute real.

Jazz musicians tell me that the ones who succeed are those with an almost monomaniacal focus; Steve is such a musician.  He works harder than most as do the band members.   These guys have been playing together for a number of years and they respond to each others every nuance.   If you close your eyes when Tim Firth is playing, you blink them open just to make sure that Eric Harland hasn’t jumped into the drum chair.  His ability to chop up rhythms and channel trip-hop beats is nothing less than astonishing.  I have seen drummers watch him in open-mouthed amazement.  He can also launch a flurry of quiet brush work which is never-the-less as propulsive as a whispering rocket.

Alex Boneham is another stellar musician and he has long been a favourite with New Zealand bass players and Jazz fans.  He is the glue holding these often complex compositions in place and he does so with unwavering certainty.  As the charts unfold the musicians pull away from the known – taking different routes as they stretch against the boundaries.  In spite of the complexity and the risk taking, the implied centre always holds firm.   One musician said to me that he had never heard a band hold such a tight centre while reaching so far into the unknown. 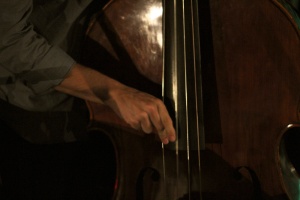 The program was nicely balanced and to do this the band deviated from the album on occasion.   There were three lessor known standards performed on the night and the one that stood out was Wayne Shorter’s achingly beautiful ballad ‘Teru’ (from ‘Adams Apple’).   There were two Shorter tunes and that did not surprise me.  Shorter’s works are deceptively complex and they fitted tidily into the repertoire.   As nice as the Shorter was, Steve Barry’s own compositions are the most deserving of praise.   Many of us in Auckland are familiar with these as he has been refining them over several years.  Each time I hear a tune like ‘Parks’, Unconcious-lee (yes referencing Tristano) or ‘Clusters’, I find that the works have evolved.   This is what good Jazz is about.  A restless exploration into the heart of the music.

The highlight of the evening came at the beginning of the second set.   The trio launched into a spirited up-tempo number ‘Changes’ which segued into a long probing introduction.   The solo introduction was of a quality that we seldom hear – no one breathed as the piece unfolded delicately.  The new tune was ‘Vintage’ (also from the album).  At a point so delicately balanced that no one saw it coming we suddenly became aware of the pulse of brushes.  The moment was so perfectly executed  that a gentle gasp arose from the audience.  There were fleeting glances left and right as everyone acknowledged the moment they had witnessed.  The brushes played a solid 4/4 groove over the tune which is in 7/4.

An older woman next to me had tears of joy in her eye; “It was so wonderful that I dared not breathe” she said.  “I was his original piano teacher and as a pupil he was one in a thousand.  He worked harder than most and was relentlessly passionate about music”.  This confirmed the source of the magic, hard work endless commitment….and chops.

There is an additional member on the album who did not make the New Zealand leg of the release tour, Carl Morgan.   His work is also extraordinary and very much in the style of Lage Lund, Kurt Rosenwinkel and Mike Moreno.  The album deserves to do well and if it’s distributed widely enough it will.   Don’t just take my word for it; buy a copy and judge for yourself.   Be quick because the copies will go fast.  This is a must for any Jazz Lovers stocking whether you’re from Oceania or further afield.