A few weeks ago someone had whispered, “Dr Dog is back”.  What started as a mere dog whistle soon became an insistent rumour; confirmed beyond doubt when I saw a red van cruising the streets with ‘who let the dogs out’ emblazoned on its side.    I checked the CJC (Creative Jazz Club) website and sure enough there was the gig listing.   Dr Dog are the business or as the vernacular will have it ‘the dogs bollocks’.   We had all been hanging out for this return gig.  This was a risky outing for them as there would almost certainly be an attempt to capture them live during the performance.  The sight of determined looking technicians carrying a tangle of cables and heavy suitcases down the 1885 staircase club confirmed this.

‘Dr Dog’ are some of the best musicians that the Auckland Jazz Scene has to offer.   Roger Manins – tenor,  Kevin Field – piano, Oli Holland – bass and Ron Samsom – drums.   They all teach at the Auckland University Jazz Studies course where Ron Samsom is program director.    They are teachers, but they also gig regularly.   These guys have honed their skills over many years of playing with the best.  Suffice it to say that expectations are always high when any one of them performs, but when all four appear on the same stage it is a noteworthy event.

Dr Dog is a showcase for the talents of the four band members, all of whom have written original material for the occasion.  I suspect that these compositions are not for the faint hearted and a sneak look at the heavily annotated scores confirmed that.   It was dog eat dog on the bandstand as each musician tried to outdo the other.  Heads would occasionally bend low over the charts in mock dismay and between numbers quick animated conferences were held.  This was not a set list designed to give band members an easy ride.   It was the audience who got the best of these exchanges and while the sweat poured off the band we lapped up the music.  This was a rare treat, just as we knew it would be.

As you would expect from a dog band there were cool licks a playful approach to the music, a meat raffle and stick chasing.   I filmed most of the sets and I was particularly impressed with the first number up.  It was obvious that these guys had their eye on the ball.  I have put up that clip titled ‘Dideldideldei’.   Being Oli Holland’s composition I knew that it would be well written and have a back story (perhaps involving fishing?).  Oli has a strong sense of irony which is in his titles.   Dideldideldei was evidently a phrase uttered by a Jazz hating apartment dweller in a German comedy, who had the misfortune to live above a Jazz club.  He would shower the band with rotten fruit while yelling, “this is not music it’s just dideldideldei”.    All of the tunes had equally illusive or improbable titles and that only added to the fun. 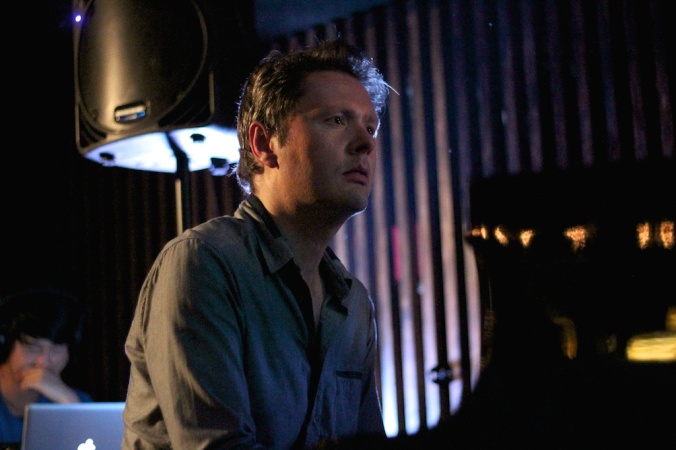 Roger contributed ‘Peter the Magnificent’ which he had written in honour of Peter Koopman and tune called ‘Evolution’ (dog evolution).  He gave an explanation of the titles but as I was near the back I couldn’t hear because the people up front were laughing so hard.  Kevin contributed a few tunes and one named ‘Synaesthesia’ referenced the unusual condition which he tells me afflicted one of the great classical composers.  Synaesthesia is a rare condition where colours are heard as sounds or sounds as colours.   Pat Martino Jazz guitar master uses this affliction as a vehicle to assist his improvisation.  In the end I lost track of who had composed what because the dogs only wanted to play.    While this was occurring they were captured by a sound man named John.  An album and a properly attributed track list should result from that.   This band is long overdue in recording and I am hoping that the live take is adequate to purpose.  If the sound is not good enough then they should shake their tails and get to the studio ASAP.   I for one can’t wait. 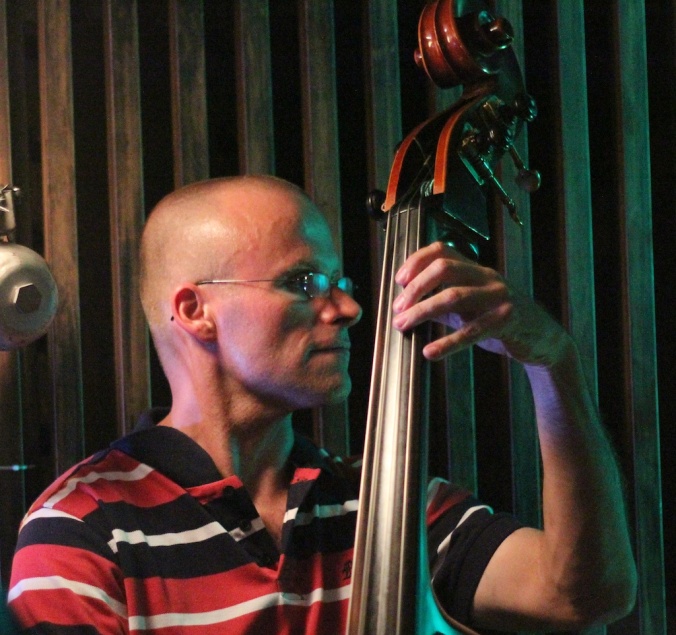