Rebecca Melrose is fairly new to the Auckland scene but she is already gaining a reputation for excellence about town.  Although young she has several recordings under her belt and her career is gaining momentum.  She is a singer/songwriter with an engaging voice and this gives her considerable scope.  It means that her own material gets aired alongside that of Gretchen Parlato and Esperanza Spalding during a gig.  This was her second performance at the CJC (Creative Jazz Club)

Parlato and Spalding are clearly strong influences for her but she can also sing challenging standards from an earlier era.  She not only choses well when adding standards but executes tricky numbers superbly.  Like many emerging singers of the post millennium she has a multi genre appeal and whether she moves into a more ‘soul’ space is a moot point.   On this night she was a primarily a jazz singer and if the enthusiasm of the audience is anything to go by that route will work very well for her. 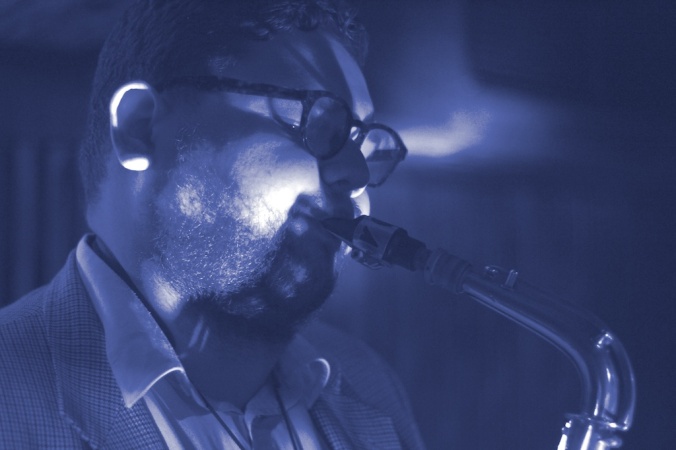 Last year she was more tentative during her between number introductions, but that hesitancy has now fallen completely away.   The Rebecca that we saw tonight was sassy, confident and on top of her game.   She played with the audience and tried out various lines of patter.   Not all of the jokey asides worked as intended (some went over very well) but it didn’t matter a damn and her good-natured handling of the audience captivated everyone.   She is on the right track here and I encourage her to keep going in this vein.   Music is a performance art after all and Jazz and banter go together like the reverse sides of a rich tapestry.

The last time I saw her perform she had Dixon Nacey on guitar and Andrew Keegan on drums.  This time with a much bigger line up she utilised the additional scope that this afforded her .  She performed several times with singer Chelsea Prastiti (once in duo doing the Esperanza Spalding arrangement of the Jobim Tune ‘Inutil Paisagem‘ – which was magical to say the least ).  In other numbers as a quartet, quintet or octet  This set list struck out for higher ground and the risk paid off.

On trumpet and flugal was Liz Stokes, who stepped up with an impressive solo in the second set.  Alex Ward did a great job on piano and especially on ‘Lush Life‘.  I have not seen him play very often and enjoyed his contribution as he tackled numbers that were often demanding.  It was also good to see Jarad Desvaux de Marigny (drums) and Eamon Edmunson-Wells (bass) teamed up again.  This pair work extremely well together and have a more subtle colourist approach which is especially suited to singers and the less percussive of piano players.  On guitar,Manaf Ibrahim and on Tenor Scott Thomas.

In guest spot was Callum Passells who played a couple of numbers which absolutely floored me; especially his masterful alto solo on ‘Lush Life‘.   Every note in that solo was perfectly placed and with the rhythm section meeting the challenge, we were given a rare treat.   I will say more about Lush life later.

Rebecca’s own compositions are interesting as are the modern standards she likes, but I have especially singled out the two older standards for praise.  ‘Tea for Two‘ is not terribly challenging as written, but as a singer you immediately fall under the shadow of Ella, Anita and Frankie.   The tune was written in 1930 by Tin Pan Alley song plugger Vincent Youmans,who was unsure if he liked it at first.  The lyricist Irving Caesar later admitted that his lyrics were intended only as a stop-gap. they never were replaced thank goodness.  The song is from the musical ‘No, No, Nanette‘ and it quickly became a runaway success.   Why this song works so well for Jazz is exactly for the reason Youmans worried about it; a simple form.  There is so much an improvising musician can do with it.  Before long Art Tatum had played it (1933), Benny Goodman (1937), Fats Waller (1937),  Django Reinhardt (1937), Dave Brubeck (1949), Bud Powell (1950) and Thelonious Monk 1963.   The singers who performed it were legion but Anita O’Day absolutely tagged it as her own in ‘Jazz on a Summers Day‘.   Rebecca quoted from Anita, took the number at the same fast pace, but wisely interpreted it in her own way.

The other track that I can’t resist posting is Rebecca’s ‘Lush Life‘ by Billy Strayhorn.  This song is the antithesis of  ‘Tea for Two‘ as it didn’t emerge from the Great American Songbook and it is very challenging to perform.   To my sensibilities it is almost the perfect song.  This is one of the great Jazz Standards and apart from Frank Sinatra’s version it has not been sung much outside of Jazz.  Sinatra only performed it once and refused thereafter, which is one of the enigmas of his musical life.  Recently unearthed rehearsal tapes from the recording session with Nelson Riddle provide an answer.  He struggled with it and at one stage blamed fly dirt on the page for making ‘a very hard song harder’ (Google Sinatra, ‘Lush Life’ and you can hear that rehearsal).

The definitive version for most is probably the Johnny Hartman/John Coltrane Impulse recording (1958). 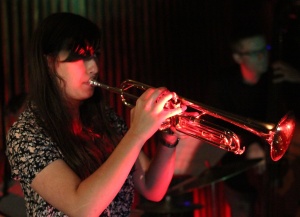 My personal favourite is the more recent Fred Hersch /Andy Bey version (from the ‘Passion Flower’ album on Nonsuch) – quietly dedicated to gay Jazz musicians past and present.   Strayhorn was of course an out-gay man at a time when this was almost unheard of.   Ellington revered Strayhorn and regarded him as his chief calibrator (‘my other hand’).   Oddly this tune which written in 1936 remained unperformed until 1948 when Strayhorn performed it in a duet with Kay Davis.   The song was never adopted into the Ellington repertoire and did not become famous until the 50’s.   Its gay innuendoes is probably one reason but its sophisticated complexity is certainly the other.  Well done Rebecca and well done her accompanists’.    Callum Passell’s alto solo was to die for as he breathed the musical history of the song into the solo.   I liked the drums and bass contributions and especially Alex Ward’s sensitive but firm rendition.

Rebecca is a young woman with a big voice.   It will be interesting to see whether she keeps her Jazz chops honed or whether she’s tempted toward singing mostly soul.  Either way the best of luck to her. 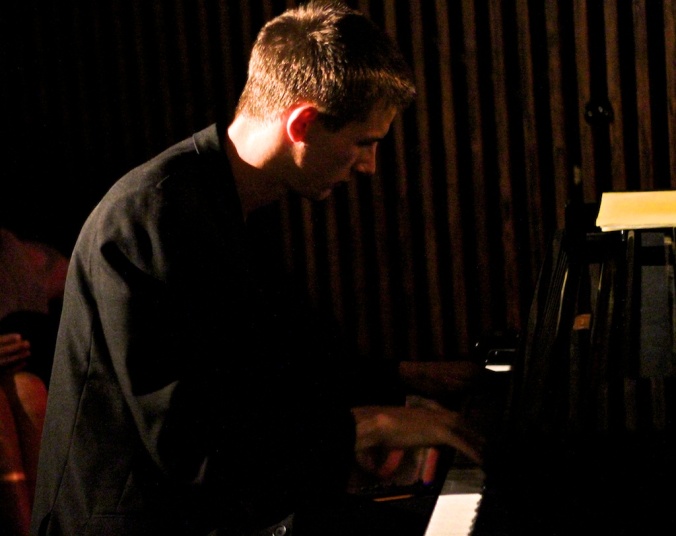