There are a lot of interesting stories on the Jazz circuit and some of them more improbable than others. None more so than a gig dedicated to the Manukau Harbour mud crab Grg67 (Varunidae:Helice). This ten legged estuarine creature has inspired Roger Manins to name a band after him and to compose a significant number of tunes

in his honour. I could say that environmental activism fuelled the gig (and in part it was), but the affection and respect Manins exhibits towards these crustaceans is more complex than that. It is the respect of a dedicated Flounder fisherman; coloured by the quirkiness of an improvising musician. To quote: “When we play these compositions there are sharp claws and a soft underbelly; at times we can move unpredictably sideways at great speed”.  Manins demonstrated this to great effect as he swiftly shuffled in alternate directions. You couldn’t make this stuff up. As the gig unfolded he delighted the audience with his antics and with the subsequent ‘crab’ influenced compositions. 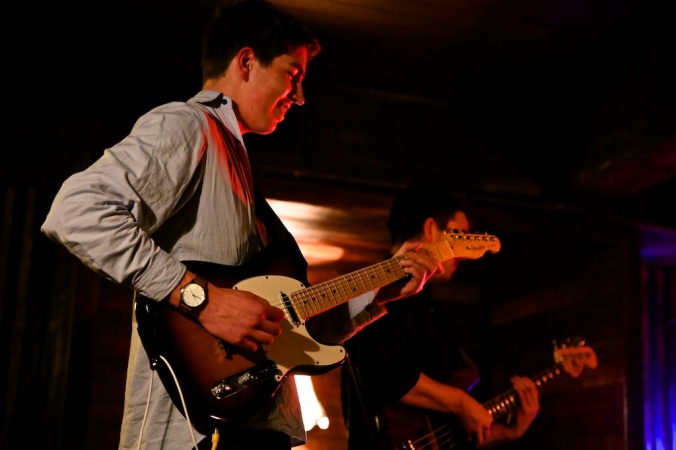 Underneath the crusty carapace were a bunch of good tunes and as Manins inferred, they were tangentially tricky and replete with interesting musical twists. Good improvisers are always on the look out for new challenges, new ways to interpret the world about them. In putting together ‘Grg67’ a fresh vehicle for improvisation is born. By bringing in several less experienced musicians Manins has fulfilled an older imperative. To challenge and encourage those beginning the improvising journey. This is how it should work, but many older musicians forget that and remain in their comfort zones. Everyone stepped up here under Manins watchful eye.

The crab which is the central focus of these sets is Greg, but as Manins so eloquently explains “Crabs don’t use the letter ‘E’. It something to do with their waste not want not utilitarianism”. Other tunes had titles like ‘Crab Empathy’. These tunes and the stories that surrounded them evoked powerful mental images. As the music washed over us you could sense the ebb and flow of the tides. You could easily imagine a predatory Flounder sending the ever watchful crabs scuttling into their burrows (Flounder are none too bright according to net fisherman). 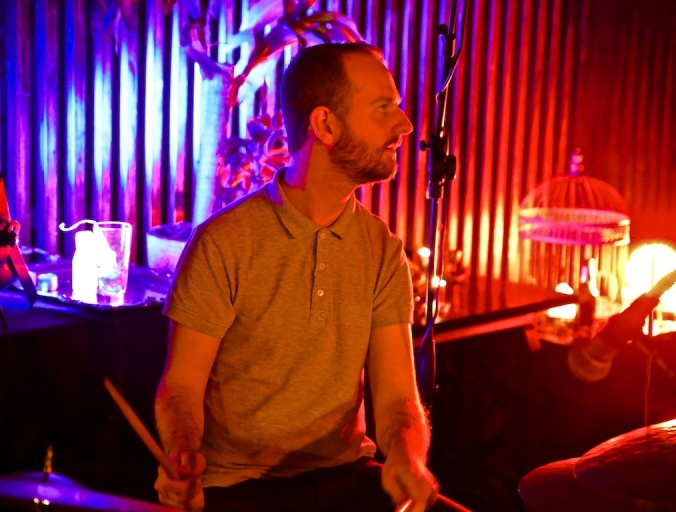 Michael Howell and Tristan Deck are the youngest members of the ensemble. Howell is a Jazz student and with each month his guitar work grows more impressive. As his confidence grows he stretches himself and playing with Manins is exactly what he needs. He is ready for the deep end of the crab pool. On this gig he played a borrowed Fender and it sat well with him. That Tristan Deck played so well did not surprise me at all; his career trajectory assured as he increasingly takes his place among the better Jazz drummers of the city. He was good when I saw him two years ago; now he is very good. For the second time this month Mostyn Cole appears at the CJC. This time he held the groove with electric bass. He is reliable and multi faceted. Again Manins showed how seamlessly he slots into very different situations. He presented a complex set of tunes to good effect, navigating break-neck tempos and fusing complexities with an inexhaustible supply of good humour.

Estuarine crabs like Grg67 are highly skilled marine engineers. Purifying and oxygenating their environment in innovative ways. They are unafraid to identify as gender non specific. If you see one amongst the Mangroves, spare a thought for it (or its 80 Kiwi cousins). They are a hard-working cog in the indigenous ecosystem and as deserving of a Jazz quartet as any animal. The crab you see might even be ‘Grg67’ or one of his offspring, so say hi while you’re at it.