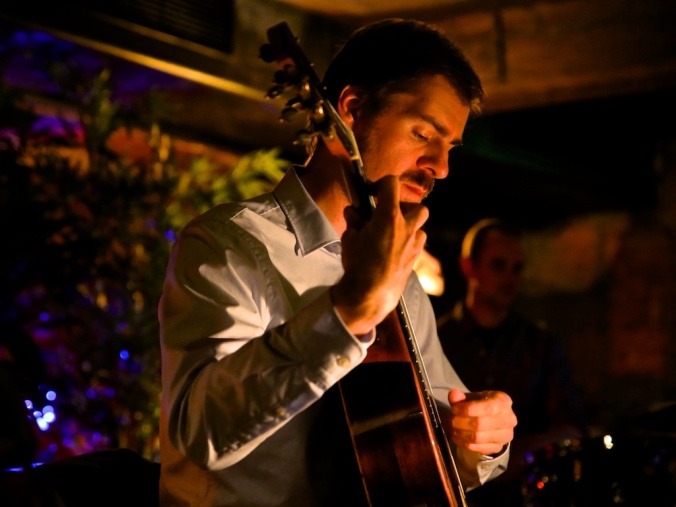 There was a buzz of excitement surrounding Simon Thacker’s ‘Ritmata’ tour. Not the touring rock-band sort of buzz, but a word of mouth Twitter-post kind. A buzz generated by night people and festival goers. Those who pay close attention to good music. I followed the threads and everything I read about Thacker sat well with me. I looked forward to his Auckland gig and the hype was not over-stated. Ritmata was a delight.

I have travelled extensively through the Mediterranean region and delighted in the diverse streams of music flowing together; Armenian, North African, Sufi, Sephardic, Flamenco, Jazz etc. Thacker takes this concept further. It is a human weakness to catalogue, to reach for definitions. It is the inbuilt train-spotter lurking in our subconscious mind and it doesn’t work well with bands like this. Ritmata may draw upon many sources but it is owned by none of them. While there are many familiar references, the music reaches for clear space. What appears as a multicultural journey, departs for newer unexplored realms. The familiar is fleeting because this music is more than the sum of its parts. 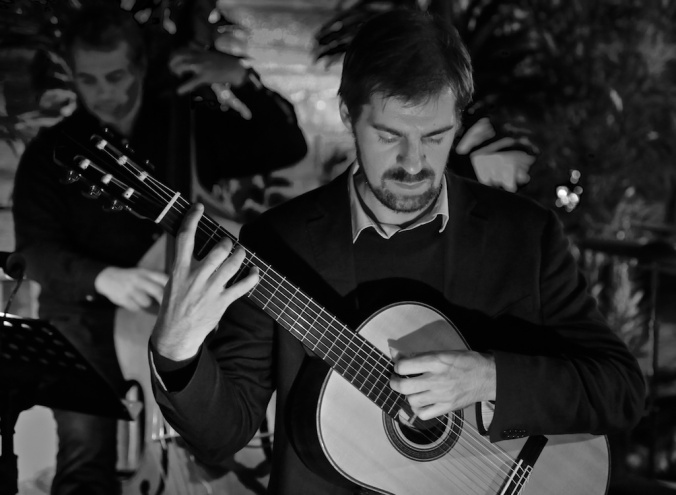 Simon Thacker is the ideal front man; funny, confident, virtuosic. His authority emanating from a force field of energy. A musical vision that engages; thriving on intimacy. A club setting is therefore perfect, with warmth and exuberance captured, contained; audience and musicians sharing an experience. Thacker’s banter is quirky, self-deprecating and it connects. There were howls of delight at the sheep jokes and they told me something important. Scotts, Kiwis and Australians have a shared humour, a post colonial cultural connection. An inbuilt irreverence that is part of our evolving story. 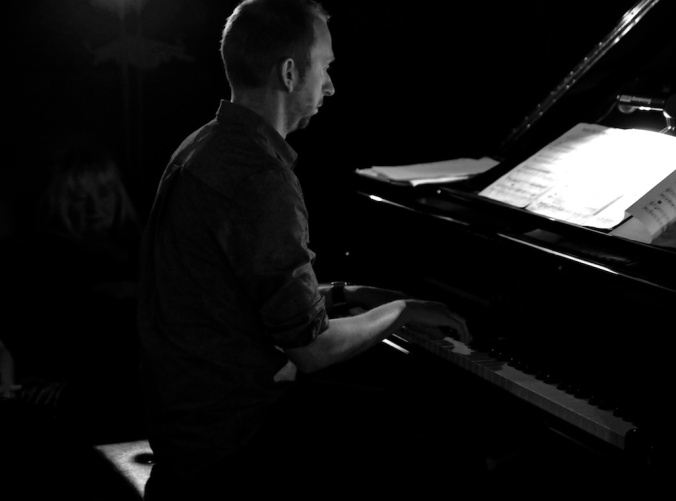 The first set opened with traditional Sephardic melodies ‘reimagined’. This is familiar territory as Caroline Manins has trodden this path with her Mother Tongue project. Some of these tunes are more than a thousand years old (‘Des Oge Mais’), and in spite of dealing with loss or longing, they are often fast paced and rhythmically complex. In Ritmata’s hands they are ancient to modern. Evoking the melting pot of Judaic Moorish Spain but never time-locked. Elements of Flamenco, and even the modal chromaticism of Jazz pianists like McCoy Tyner came to mind. 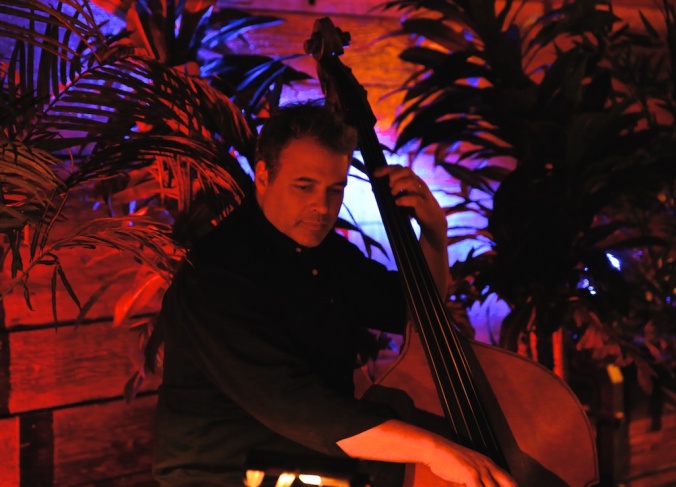 There were a number of interesting Thacker originals and to my delight three pieces based on Egberto Gismonti compositions (a stunning Brazilian improvising guitarist who used the street music of Choro to create similar, beyond-genre visions – an artist beloved of Jazz audiences). One of Thacker’s tunes ‘Honour the Treaties’ referenced the chants of American Indians and as indicated by the wild applause, it resonated powerfully. Then there was ‘Asuramaya’, influenced by the Indian Ragas. That piece had a delicious dream-sequence feel to it. He rounded off his sets with a traditional Azerbaijani tune, ‘Bana Bana Gel’ and a Jewish tune ‘Ovshori’ from the mountains Dagestan. When the audience clamoured for an encore, vocalist and Sephardic specialist Carolina Manins joined the band singing ‘Madre de Deus’; again reimagined by Thacker. 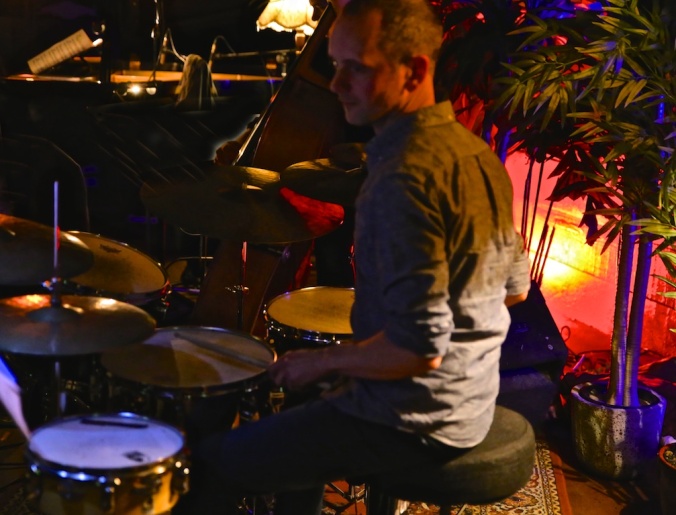 While Thacker dominated proceedings with his larger than life presence, the band members were stars in their own right. I have seldom heard a unit so in lock-step. The pianist, bass and drums were as central to the enjoyment as Thacker himself. The spotlight must lastly fall on that lovely guitar; I couldn’t keep my eyes off it. An extraordinary Rouse classical guitar; it sang like the Lyre of Orpheus. Orchestrating time and place; stretching time until we could see the future. 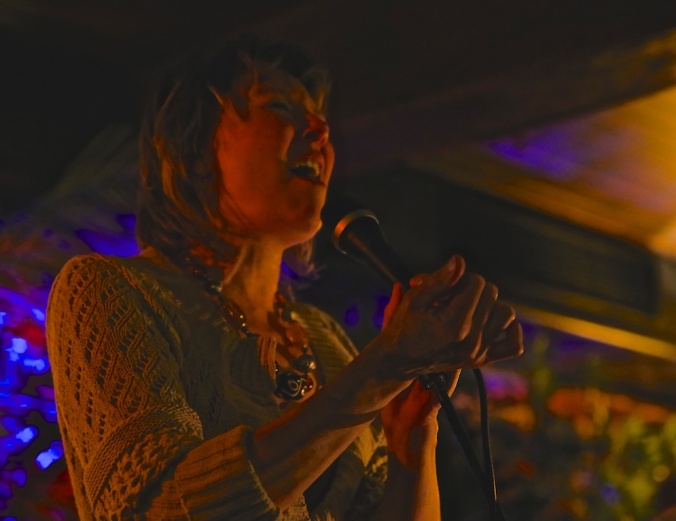