The guiding principle behind the programming of gigs at the CJC (Creative Jazz Club) is a large part of what makes the club work. Not only are there different bands on every week but each artist or group is strongly encouraged to bring a project to the bandstand. This approach brings us variety and often innovation; improvised music from across the spectrum. Everything from tightly arranged ensembles to free Jazz occurs and with a solid offering of post bop, hard bop and Jazz funk in-between. The musicianship is routinely solid and this along with the emphasis on variety brings audiences back week after week. There is another aspect to the programming ethos that is important. Providing an aspirational venue for emerging artists. Without this sort of space emerging musicians miss out on something of inestimable value. Being tested in front of a musically informed listening audience. Performing in a space where well-known artists have preceded them.

Last week it was Sam Swindells and Loris Zigon’s turn to occupy the emerging artist series slot. Although it was a first CJC gig for the pair, they are regularly seen in the audience. Both have performed gigs about town and I recall hearing  Zigon a few years ago at the Auckland Jazz & Blues club. Their set list gave us a little of everything, tradition, originals, duo spots and a variety of larger ensembles. Above all the gig was fun. They were also astute in their choice of band mates. With the rhythm section of Cameron McArthur and Stephen Thomas they could hardly go wrong. In addition they invited a number of guests to join them such as the gifted saxophonist Chris Mason-Batley, Saxophonist Thabani Gapara, vocalist Lou’ana Whitney and keyboard player Eli Moore. All added to the feel good vibe of the gig. 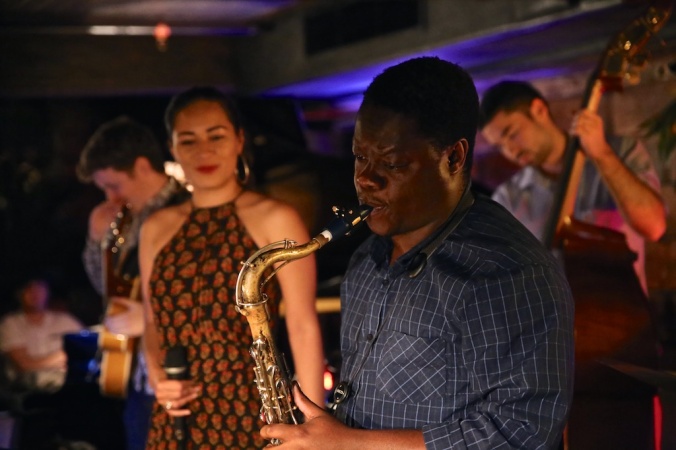 Swindells and Zigon are graduates from the New Zealand School of Music (Albany Campus) and both are well-regarded as musicians. The original tunes were well constructed and engaging, especially ‘Mr Field’. This was a clever tribute to pianist Kevin Field and throughout you could hear references to Field’s unique style. The ensemble playing was boisterous but always enjoyable. Later an arranged pop tune brought Lou’ana Whitney to the microphone along with saxophonist Thabani Gapara (Whitney has a pleasant soul infused voice). It was particularly good to hear Chris Mason-Battley after his impressive offering at the Auckland Jazz Festival (I hope we see him more often doing projects like that). I had not heard Gapara before: a tenor and alto player with an earthy bluesy sound – contrasting nicely with the cleaner etherial tone of Mason-Battley. Eli Moore rounded out a larger ensemble number on keyboards. 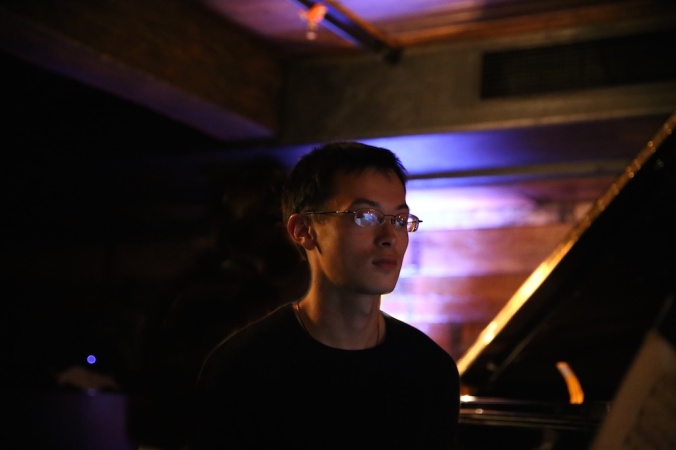 The best place to evaluate an artist is during a ballad or small group piece. The audience had a number of opportunities last week and particularly during the duo or quartet performances. On these tunes Swindells and Zigon resisted the temptation to become needlessly showy. Instead we heard subtly and at times a more minimalist approach. The video I chose from the gig is the lovely ballad ‘Exactly Like You’ (McHugh/Fields). While not a usual standard in modern Jazz gig repertoire it has never-the-less retained its popularity over the years. Recently the highly acclaimed Cecile McLorin-Salvant performed it at the Lincoln centre and I heard the Australian Jazz vocalist Vince Jones perform it wonderfully in Sydney a few months ago. This version was closer to the vibe of the Basie/Peterson duo (but pared back). I could certainly hear Peterson in the piano phrasing, but Zigon and Swindells made it their own. The swing guitar and the jump to double-time rounded it out perfectly. I enjoyed it.

One thought on “Sam Swindells/Loris Zigon”