Richard Thai was on the first JAC album but by the time I saw the ensemble live he had left New Zealand for America to complete his postgraduate studies. Recently he returned to his hometown of Wellington where he now teaches and leads the Richard Thai 5. While the ensemble is a basic line up of saxophone, piano, guitar, bass and drums it is never the less forward-looking. This is post millennial music.

The set list on Wednesday featured Thai’s compositions. The well constructed tunes had an attractive ebb and flow, but behind the arranged heads and often lingering melody, lay obscured complexity. This is the type of material that can sorely test a band but under his quiet guidance they delivered. There are few hard edges to Thais sound, but he is unafraid to reach deep inside a solo; probing until it yields more. He is above all a confident player and in spite of his very even delivery, he conveys a lot of information. 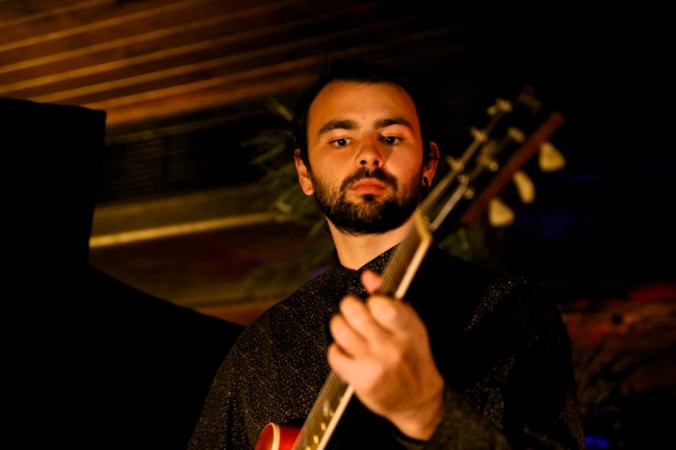 The best illustration of this was heard in his second tune, ‘Capricorn’. A marvellous composition. Like much of Thai’s material it has powerful hooks to draw you in. What sounds simple is in truth anything but, as it shifts between major and minor keys with disarming ease. Many tunes do this, but with Capricorn the device is extraordinarily well conceived. The shifts in focus are pleasing, but what sets the tune apart is a sweet over-arching dissonance; diminished chords acting as a bridge to carry you across the major-minor divide. The arranged head is especially tantalising; setting the listener up expectantly for the explorations that promise to follow. 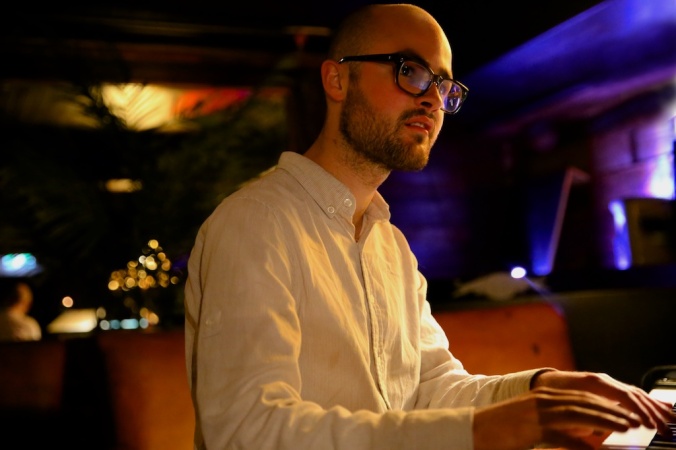 Capricorn’s momentum is that of a multi-hued butterfly in a tropical storm; pushing against the cross winds, never losing its way, pulse, or sense of purpose. Thai’s tenor picks at the tune, peeling the layers back, exposing the heart. This contrasts with pianist Matt Steele’s oblique approach. Steele clearly took the difficult route and along the way it yielded gold. You were with him note by note as he undid the knots of the puzzle confronting him. Steele is always an interesting pianist and always one to watch. It is his determination, his preparedness to take risks and his ability to learn on the bandstand that marks him out from many of his peers. He grows as an artist each time I see him.

The last to solo on Capricorn was guitarist Callum Allardice. After the long complex solos preceding his, he wisely chose to linger nearer to the melody. His tight elliptical figures rounding out the earlier solos and bringing us gradually back to the outro. His time to shine as soloist came on the last number where his guitar soared as if free of gravity (much to the delight of the audience). Allardice has many fans in Auckland.

The remaining two band members Shuan Anderson and Scott Maynard are also established musicians from the Wellington area. Anderson (like Allardice) was also a member of the Tui nominated JAC and he has played at the CJC before. A responsive drummer who interacted well and picked up on the subtle nuances of the material. The bass player Scott Maynard has been a member of various leading Wellington units (e.g. Myele Manzanza, Lex French). He has played at the CJC before and he never disappoints.  His role in giving a heart beat to this often complex material was vital. I look forward to hearing more of this ensemble and above all I would like to some hear more Thai compositions. With a few more years of performance under their belt the unit could achieve even more.