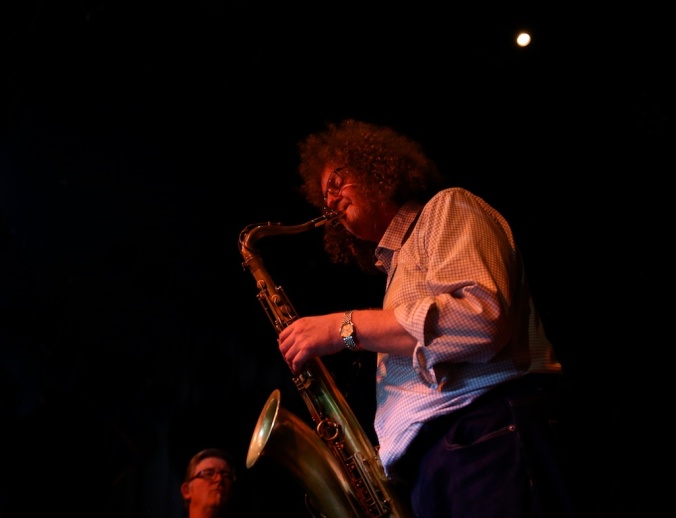 The popularity of ‘hardbop’ is enduring but we seldom hear it on the band stand. The probable reason is its very familiarity; if you play this music you will be judged against the source. There is also the evolutionary factor: improvised music strives to outlive its yesterdays. It is even less common for musicians to write new music in that idiom or to create a vibe that calls back the era. Such an enterprise invariably falls to experienced musicians; those with the wisdom to reverence the glories without it being merely slavish. Booth and Walters are especially well suited to that task. They have the chops, charts and the imagination and above all, they make things interesting. If you closed your eyes during this gig, you could easily imagine that you were listening to an undiscovered Blue Note album. It was warm, swinging and accessible. 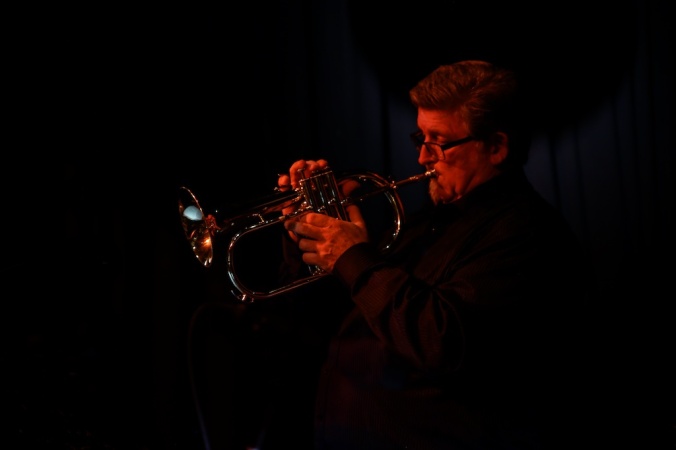 Booth and Walters are gifted composers and on Wednesday the pair reinforced their compositional reputations. Some of Booth’s tunes have appeared recently in orchestral charts. Walters’ tunes while heard less often are really memorable (‘as good as it gets’ stuck in my head a long time ago). These guys write and arrange well. Notable among Booth’s compositions were ‘Deblaak’, “A Kings Ransome’ and ‘On track’.  From Walters; ‘Begin Again’, ‘Queenstown’ and ‘Wellesley Street Mission’. There was also a lovely version of the Metheney/Scofield ‘No Matter What’ from the ‘I Can See Your House From Here’ album. I have posted Booth’s ‘A Kings Ransom’ as a video clip, as it captures their vibe perfectly. Booth has such a lovely burnished tone – a sound production that no doubt comes with maturity and a lot of hard work. 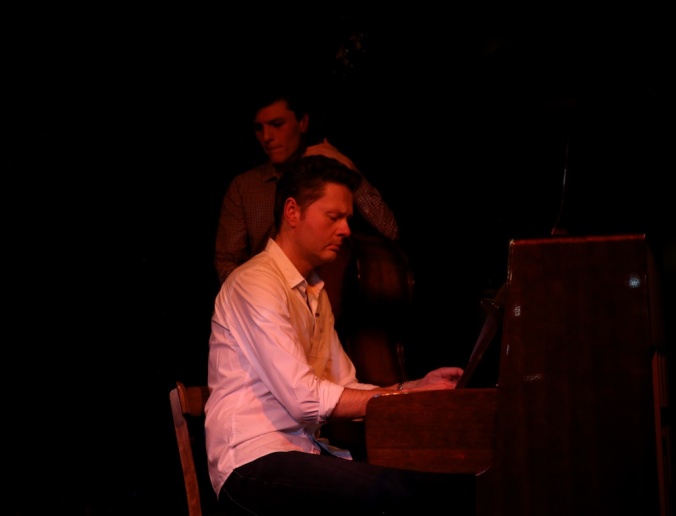 The last number was Walters ‘Wellesley Street Mission’ and I would have posted that, but my video battery ran out. This is a clear reference to the appalling homeless problem which blights our towns and cities. The bluesy sadness and the deep compassion just flowed out of Walters’ horn – capturing the issue and touching our innermost beings, challenging our better selves.  I may be able to extract a cut of this and post it later – we’ll see!

While the gig felt like classic Blue Note Jazz it was not time-locked. As the tunes unwound, the harmonies became edgy and modern and with Kevin Field on piano, they could hardly be otherwise. Here a sneaky clave move, there, an understated flurry, (even a few fourths); mainly though, his typical wild exuberance. Again we saw the maturity and effortless cool of drummer Stephen Thomas. This guy is exceptionally talented. On Wednesday he played like a modern drummer, but somehow, and wonderfully, he managed to include some Art Blakey and Philly Joe Jones touches (crisp pressed rolls and asymmetrical rim shots).  Wednesday was the third time that I have heard bass player Wil Goodinson. We should pay attention to this young artist – he is a rapidly developing talent. His tasteful solo’s and his effortless bass lines were great. 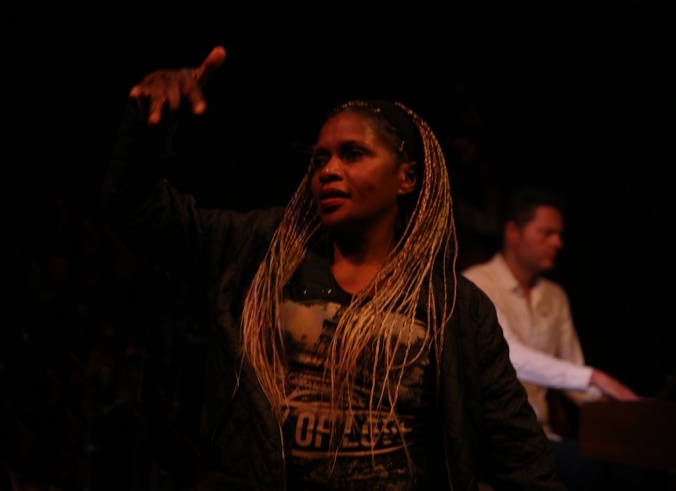 Lastly, there was that mysterious dancer, appearing from nowhere, drawing sustenance from the music until the street swallowed her again.