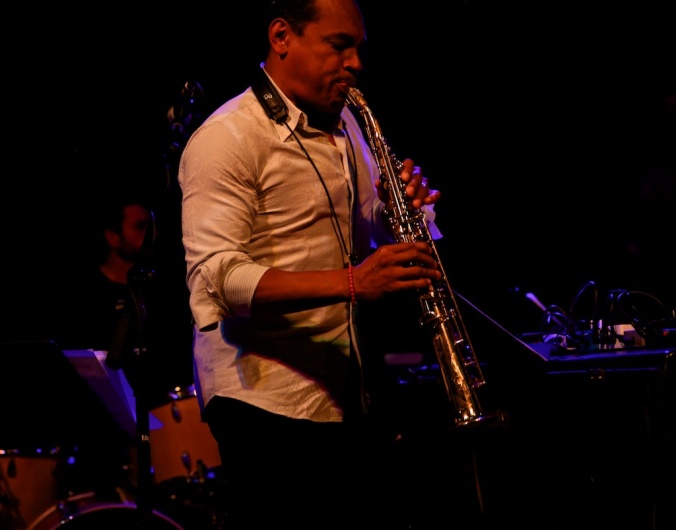 Behind the doors of the beautiful Kauri villa, down the long corridor and the wide descending staircase, past the crush of people eagerly awaiting a significant and unique musical event, we edged forward; shuffled by the crowd, finding ourselves in a surprisingly large room; large enough to hold seventy people, a gorgeous warmly lit room with mirrored walls – an old dance studio brought back to life. As we crossed the room Jay Rodriguez greeted us, behind him, Jonathan Crayford shuffled through sheet music; both framed by an elegant grand piano and an array of horns on stands. I had interviewed Rodriguez earlier and had attended his sell out gig at the CJC Creative Jazz Club. There was never any doubt that this night, like the one a few nights earlier would deliver something special. 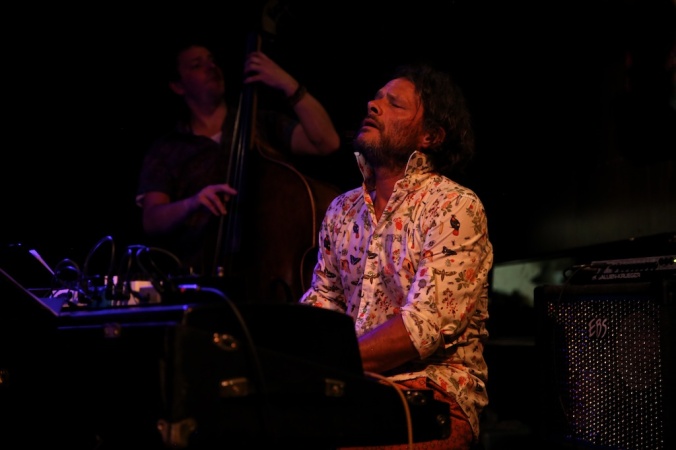 If ever two musicians were destined to play duo format, it is these two. It is a challenging format as the safety nets are gone; it is deep level communication and frighteningly intimate. It requires deep listening and empathy as much as storytelling; it requires conversational dexterity. This was a night never to be forgotten, a night when great music became sublime. Rodriguez and Crayford have been friends for a long time, meeting up in New York in the late 90’s and forming an instant connection; Rodriguez’ ‘Groove Collective’ and other projects the meeting ground. They refer to each other as musical brothers and their communication during the last three days underscored that. 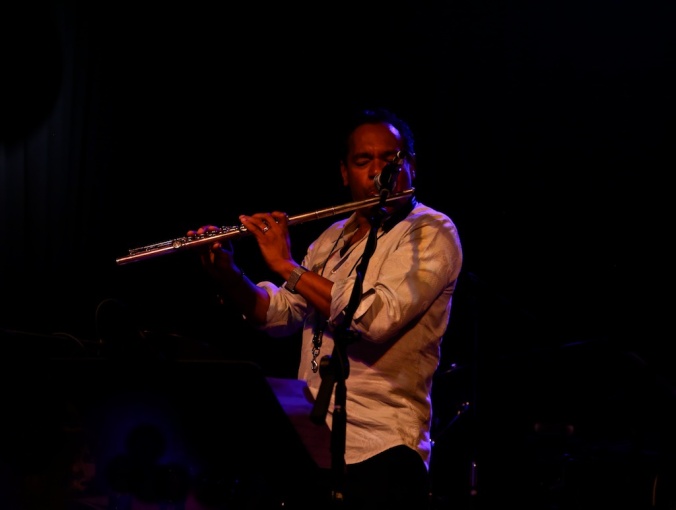 The first time I saw them together was around eight years ago. The gig stuck in my mind for many reasons, but especially because of one tune; Bob Dylan’s ‘I pity the poor immigrant’. It spoke directly to me as it oozed with humanity. When I interviewed Rodriguez I teased out this a theme; pointing to the set lists, the tunes which cut to the heart of the human condition, tunes communicated with deep empathy. For example, their rendition of Keith Jarrett’s ‘The rich (and the poor)’, Coltrane’s ‘Alabama’. The former, a blues, reminding us that the blues is more than just a musical form. In their hands, it informs us about inequality, discrimination, hurt and hope. The human condition again. The latter, ‘Alabama’, moved me to tears. Jazz lovers know this story, but it has seldom been told so well. The piece is based on the cadences of a Martin Luther King speech, a speech given immediately after four little girls were killed as they worshipped, murdered by an unrepentant KKK. The musicians dived straight into the emotion of this awful tale; the incomprehension and anger, then a plea for humanity, an exhortation to do better, the hope; it was all in there.

In answer to the question about humanism, Rodriguez pointed out the realities of American life. “We are living through hard times back home and the blues is about reality. Expressing life from the heart is something that can’t be taught in Jazz school. Jazz school gives you the basics, but your voice is something else, you have to search; some never find it”. He told me that he had been lucky enough to find his own musical voice early on and he was comfortable with it. He can play in many styles with ease and the key to this is the man himself. He is intelligent, open-minded and well-informed, but it’s his friendliness and warmth that impresses most. The man and his music are one.

He is a multi-reeds and winds player and his command of each instrument is strong. I asked him if he favoured one horn over another or had been tempted to double less? This was prompted by a similar discussion with Bennie Maupin. Maupin’s answer had cut to the point, “It’s mostly about dedication, hard work and five times the amount of practice”. Rodriguez answer was a little different. “Man, I love these instruments, every single one of them, and I couldn’t abandon any of them”. It is impressive to hear an artist sounding so strong and so individualistic on so many instruments; bass clarinet, tenor saxophone, soprano saxophone, flute (he also doubles on alto and baritone saxophone). His bass clarinet is rich and woody with a tone production like John Surman – his tenor can range from low down raspy bluesiness to the light vibrato-less sound of ‘Pres’; and all of this in a clear authentic voice.

Crayford is an extraordinary musician, but last week he pulled out something extra. This was about personal chemistry (or perhaps alchemy). It was largely down to him that the project was conceived and he certainly made the most of it. He is the New Zealand ‘Tui’ Jazz artist of the year, a respected international troubadour, a pioneer reaching beyond the stars. The CJC quartet gig was a satisfying and joyous occasion but there was even better to come. When I interviewed Rodriguez a few days later he and Crayford invited me to a private event; the mysterious duo gig: so here I was in this amazing space, the mirrored dance studio, an oasis hidden in deep suburbia.  As soon as they began playing the conversation deepened, each revealing new subtleties and wearing their hearts on the sleeves; … humanity. As far as I know, none of it was recorded and while that is sad, perhaps it is only right. Sometimes magic should be left well alone – left untrammelled, lest it changes like Schroedinger’s cat.

During the dance studio gig, their song choices delighted and astonished. For example, Monk’s ‘Epistrophy’, A Puccini aria, Michel Legrand’s ‘You must believe in spring’, McCartney’s ‘Long and winding road’; all in all an improbable and extraordinary journey. The CJC set list included Yusef Lateef’s stunningly beautiful ‘Morning’, Victor Young’s ‘Golden Earrings’ Keith Jarrett’s ‘Rich (and the poor man)’ – from the Dewey Redman/Jarrett/Haden Impulse era, John Coltrane’s ‘Alabama’ and a lovely original by Rodriguez (I think it was titled ‘Your Sound’). Mostyn Cole and Ron Samsom were amazing as well. They are both fine musicians and a good choice for this line-up.

When you look at the Jay Rodriguez discography or bio, it is no wonder he is so comfortable in such a variety of musical spaces. He started on saxophone as a child and soon came under the tutelage of the greats. His mentors along the way included Paquito D’ Rivera, Phil Woods, Sir Roland Hannah, Barry Harris, Kenny Werner, George Coleman, Joe Henderson, John Gilmore, Gil Goldstein and so it goes on. It reads like the history of Jazz. I can think of few players who have worked with both Doc Cheatham and John Zorn (yes he evidently played Cobra and has performed at the Knitting Factory). He is Grammy nominated and has guested on the Jimmy Fallon show.

Music is a universal language, but its primal source is often overlooked. Scientists tell us that it is, the original and most profound form of communication; it is the lingua franca of our polyglot planet. All too often we focus on the scaffolding or the dialect; all too often we marvel at technical skills or frown at the lack thereof. The older I grow, the more I desire something different; the sound of the human spirit; communication straight from the heart. While Jay Rodriguez and Jonathan Crayford possess a grab bag of wizardry, they also transform notes into an unforgettable life experience. Long may this collaboration continue.