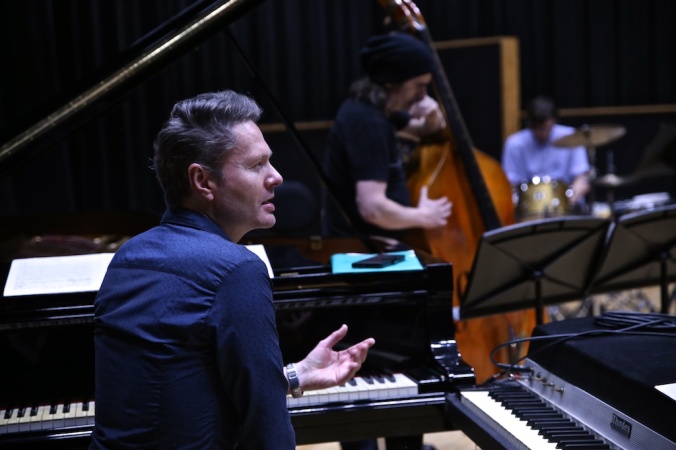 Have you ever heard one of New Zealand’s iconic pop songs and wondered how it would sound reimagined as Jazz? The journey from popular song to Jazz piece is a well-trodden path. Many tunes that we now refer to as ‘Jazz standards’ began their life as tunes written for broadway musicals or for the popular music market. For a tune to successfully cross that divide it needs to be well constructed and to lend itself to reharmonisation. With ‘Alchemy’, this elusive symmetry is realised.

In the late twentieth century, classic Beatles tunes or those of Michael Jackson, Prince and Stevie Wonder were effortlessly adapted as Jazz vehicles. If you hear Uri Caine, Brad Mehldau, Herbie Hancock or the Kiwi Jazz pianist Jonathan Crayford playing ‘Blackbird’ you might conclude that Blackbird was written with a Jazz pianist in mind. These crossovers are a tribute to the composer and to the transformational skills of arranging Jazz Musicians. 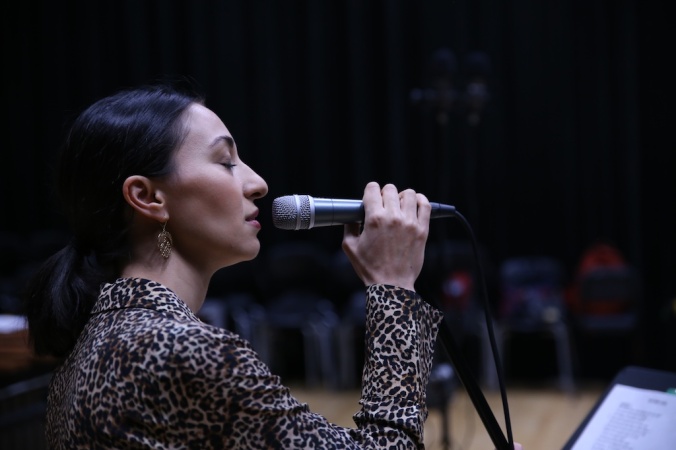 A few years ago the award-winning New Zealand writer/director/producer Mark Casey embarked on an ambitious project to recast a number of New Zealand’s best-loved pop songs as Jazz tunes. It was a significant and perhaps a risky undertaking but gradually the project gathered momentum. In mid-December, ‘Alchemy’ was released and immediately, it rose up the NZ music charts. This is a significant achievement but it is not down to Casey alone. His masterstroke was engaging leading New Zealand Jazz Pianist Kevin Field as the Musical Director. Field is not only a gifted Jazz Pianist and acknowledged Warner recording artist, but his skills as an arranger and vocal accompanist are beyond question. Creative New Zealand came to the party and backed the proposal.

As the project moved forward a variety of Kiwi Jazz musicians were approached, some working in New York, most local, and one by one they came aboard. When the album was about to be recorded, I was asked by Field and Casey if I would be interested in witnessing the recording process. I was. I seldom pass up a chance to become a fly-on-the-wall during recording sessions and this project fascinated me. Being an embedded observer in such situations is always intriguing. It affords a writer the opportunity to gain insights that would otherwise be invisible. As the musicians turned up to rehearsals and to recording day there was a palpable sense of enthusiasm. No one questioned Fields guidance as he tweaked the charts and made suggestions. And any sense of disconnect between the pop and Jazz world evaporated swiftly. This was not pop Jazzed up. It was Jazz, and although there were reharmonisations and Jazz rhythms, the integrity of original tunes remained intact.

In the recording studio were Auckland’s premier Jazz and Soul singers and a selection of experienced Jazz instrumentalists. On vocals were Caitlin Smith, Lou’ana Whitney, Chelsea Prastiti, Allana Goldsmith, Bex Peterson and Marjan Nelson. On piano and keyboards was Keven Field, Roger Manins was on tenor saxophone, Richard Hammond on electric and acoustic bass, Michael Howell on acoustic and electric guitar, Ron Samsom and Stephen Thomas on drums and percussion. In addition, there were two special guests, Michael Booth (trumpet) and Nathan Haines (soprano saxophone). This was serious firepower and thanks to the arrangements, all well deployed. The NY based ex-pat bass player Matt Penman had arranged tracks 7 & 12 and Marjan co-arranged tracks 4 & 8 with Field. 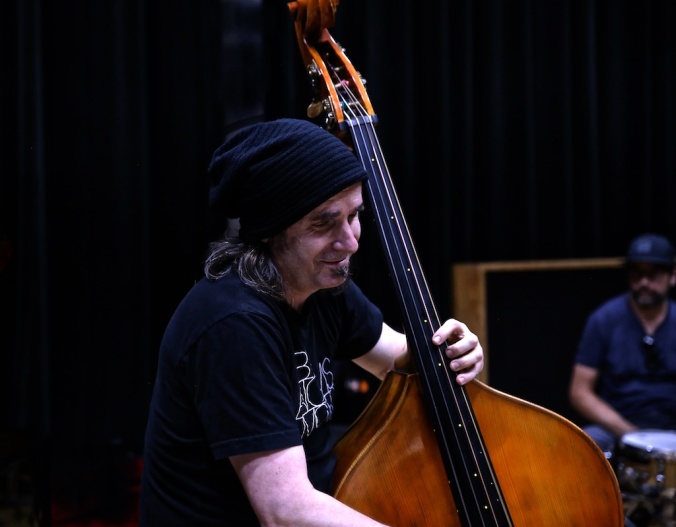 There are six vocalists on the album and they sing two tunes each. Careful thought had obviously been given to who would sing each song because the strengths of the individual vocalists were well matched to the tunes. For example, the warm but wistful lyricism of Chelsea Prastiti paired with ‘I’m glad I’m not a Kennedy’ (Shona Laing), the heartfelt reflectiveness of Caitlin Smith with ‘I hope I never’ (Tim Finn) or the engaging bell-like clarity of Marjan singing ‘Brown girl’ (Aradhna Patel). Together the musicians delivered something unique. This is a project which works and the more you listen to it the more you are beguiled. It is Kiwiana and it could be the perfect soundtrack for your summer.

‘Alchemy’ the album is available in New Zealand stores or from online sources.